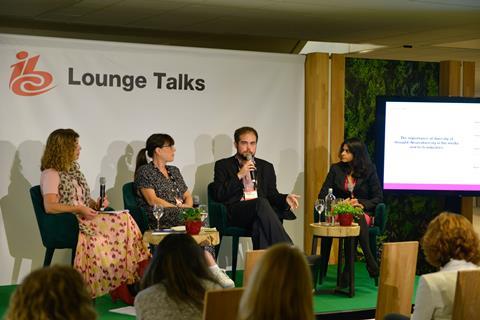 ”Diversity of thought”: Encouraging different ways of thinking in the media and tech industries

Diversity of thought in the media and tech fields is becoming increasingly valued according to Monday’s session on neurodiversity – but employers need to reassess their work practices if they want to benefit.

Panelist Jonathan Andrews, a solicitor on the autistic spectrum, argued that focusing on the strengths of staff who are not neuro typical can lead to “increased employer loyalty” and more efficient ways of doing business.

While companies such as Bauer Media and Microsoft are setting up employer support groups to reach out to the different communities who already work for them, Diane Lightfoot, chief executive of the Business Disability Forum, urged all media firms to think about how they recruit staff too.

Lightfoot and Andrews suggested that this might involve stating in job ads that a company is open to and values neurodiverse staff, or offering work trials rather than relying solely on the interview process.

“Years ago I knew a person with autism with a politics degree who wanted to get into the media industry around the time of a General Election,” said Lightfoot. “He had a photographic memory and could do perfect pieces to camera in one take but had a hang up about interviews.

At Microsoft, director Surya Ramkumar revealed that neurodiversity was one of the tech giant’s six diversity pillars. “On the employer front this starts with the CEO and filters down to all levels or the organsiation,” she added.

Ramkumar revealed that extensive research has been undertaken on recruitment advertisements at Microsoft with managers trained to recruit with diversity in mind.

“In the past, sentiment analysis on how people perceived job ads has led to some shocking results,” she added.

From a user perspective the Microsoft executive said that accessibility tools have been built into everything from its Power Point software to its Xbox and that inclusivity should be included in the design fundamentals. “