Can 5G technology fuel a revolution in the international terrestrial transmission market?

There are strong similarities between mobile terrestrial television networks and mobile telecommunication networks in the way that they support data communication, writes Rohde & Schwarz EVP and head of broadcast & media division Jürgen Nies.

The broadcast industry is based on cutting edge technologies. However, what is cutting edge one day eventually becomes obsolete and ready for replacement, just as composite and component analogue technologies were replaced by serial digital. If you believe some commentators, this process is about to happen in the transmission market with IP-based systems supposedly set to replace digital terrestrial transmission (DTT) as the de-facto means of receiving TV programmes. 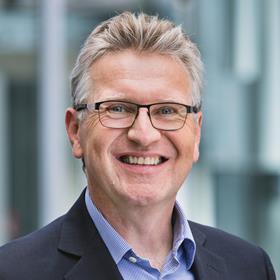 Without doubt, there are new distribution technologies being developed and many of these are IP-based. But still, the majority of people worldwide receive their television signals via terrestrial broadcasts. Within the metropolitan centres there exists very good cable and IP networks, but outside of the cities and major towns this is not the case – and indeed there are still some entire countries that are totally dependent on terrestrial broadcasts.

In these countries and regions terrestrial broadcasts are an essential means of providing the population with their TV and radio broadcasts. The simple fact is that there is no alternative communications network for TV distribution and this situation will not change within the next five to ten-year period.

Also, the most efficient means of communicating the same content to very large audiences is via broadcasts. As a distribution technology cable is increasingly being replaced by IP, so it is just terrestrial and satellite that offers a way of broadcasting a channel to these very large audiences. However, satellite technology does not offer any options for portable/mobile TV to date, which is a big market driver. Satellite is a static reception platform requiring a fixed satellite dish, even at high bandwidth.

Mobile TV – is this the future?
At Rohde & Schwarz, we can see strong similarities between mobile terrestrial television networks and mobile telecommunication networks in the way that they support data communication.

For many years now there have been trials, such as DVB-H, which combine television broadcasts with mobile devices. Several technology companies, such as Qualcomm, have gone so far as to build infrastructures with network operations centres, chipsets to install in receiving devices and even content to distribute over their networks. But within the 3G era the experiment did not work – largely because the chipset was only available in relatively few smartphone models. In addition, DVB-H required a totally new infrastructure and new spectrum allocation.

However, there is good reason for renewed optimism in this area. Multicast-Broadcast Single-Frequency Network (MBSFN) is a communication channel defined in the fourth-generation cellular networking standard called Long Term Evolution (LTE). The transmission mode is intended as an improvement of the broadcast capabilities of the enhanced Multimedia Broadcast Multicast Service (eMBMS) service – now called FeMBMS, which can deliver services such as mobile TV using the LTE technology.

In particular, 3GPP Release 14 (summer 2017) includes three major improvements that have been made to FeMBMS. These are that it facilitates pure LTE Broadcast (downlink only) cells. Also, it offers Cycle Prefixes of up to 200µs, which enables the operation of large- scale FeMBMS cells, similar to terrestrial networks. And thirdly, it provides SIM card-less communication/devices.

LTE Broadcast offers simple access to standard smartphones with Mobile TV content – no need for consumers to purchase specific mobile devices, which are expensive since relatively few units are sold and therefore no economies of scale exist.

The FeMBMS service is based on the principles of Interactive Multicast, where TV content is transmitted only where there currently are viewers. The FeMBMS service provides better system spectral efficiency than video-on-demand over traditional cellular unicasting services, since in FeMBMS, each TV program is only transmitted once in each cell, even if there are several viewers of that program in the same cell. FeMBMS cells are much larger than LTE unicast cells – otherwise the probability of there being multiple viewers of the same content in the same small cell is low.

MBMS and mobile TV was a failure in 3G systems, and was offered by very few mobile operators, partly because of its limited peak bit rates and capacity, not allowing standard TV video quality. This is something that LTE with eMBMS does not suffer from and especially with FeMBMS expanded to network concepts of terrestrial broadcast networks.

5G test site for TV broadcasting in the Bavarian Oberland
In Europe, the 5G Media Initiative has been established by leading companies and organisations to foster the potential of the future 5G standard for the media industry through research and development. Partners include Kathrein-Werke KG, Nokia, Rohde & Schwarz, Telefónica, MUGLER, the Bavarian Broadcasting Corporation, the Southwest German Broadcasting Corporation, the Friedrich-Alexander University Erlangen-Nürnberg FAU, the Fraunhofer Institute for Integrated Circuits IIS, the Institute for Communications Technology (IfN) of the Technical University of Braunschweig, the Institute for Broadcast Technology (IRT), and the Munich-based startup Cadami.

Now, a 5G test site for broadcasting is being set up in the Bavarian Oberland as part of the Bavarian research project ‘5G Today’. Under the leadership of the Institute for Broadcast Technology (IRT), project partners Kathrein and Rohde & Schwarz are investigating large-scale TV broadcasts in the FeMBMS mode over 5G networks. The project is supported by global network operator Telefónica Germany and Bayerischer Rundfunk, the Bavarian state broadcaster who is operating the 5G FeMBMS broadcast network as a test site at its transmitter sites.

The new 5G network standard is a key technology for the future when vehicles become highly automated and devices are networked with each other within the scope of the Internet of Things. 5G also offers great potential for efficient distribution of media content. The introduction of 5G could open up a worldwide market with millions of smartphones and tablets acting as potential TV receivers able to combine live TV services, media libraries, social networks and many other media services. With the cooperation of European broadcasters and industry players, international standardisation work to enable efficient broadcasting in large 4G and 5G networks was completed in June 2017.

Large and smaller transmitter cells are combined to create a large coverage area. The first test broadcasts using TV signals recently started on channel 56 from the BR’s Wendelstein station. Project partners Rohde & Schwarz and Kathrein have reached two important milestones of the 5G Today research project: In December 2018, a Rohde & Schwarz transmitter successfully went into operation at Bayerischer Rundfunk’s (BR) Wendelstein transmitter station. In addition, Kathrein completed an innovative antenna for test operation at BR’s transmitter site in Ismaning near Munich. In the future, components for reception will be developed and installed, and theoretical studies and preliminary investigations will take place.

Collaboration required between broadcasters and mobile network operators
At Rohde & Schwarz, we have a vision of the future that is based around this development. Major new viewing audiences and all the associated commercial advertising opportunities are created in ways that can be shared by both the TV broadcaster and the mobile network operator. It can provide completely new ways that people can view major sporting and cultural events where, when and how they wish.

The challenge in realising this vision is to breakdown the barriers between the terrestrial broadcast and cellular networks which have co-existed without being integrated in any way until now. This needs broadcasters and mobile network operators to work together to achieve this. Also, I believe that a technology company such as Rohde & Schwarz has an important role to play.

Already, Rohde & Schwarz is working with most of the mobile network operators. Alongside our transmitter business, we are known as a pioneer in test & measurement: worldwide, our T&M technology is used by most of the mobile network operators to support their infrastructure, monitor network throughput and assure quality of service and also quality of consumer experience throughout the distribution chain.

Rohde & Schwarz is in an ideal position to bring these various companies together. We are happy to work in this supporting role, and indeed we are already talking to several organizations in this way. So, my suggestion to those that say that terrestrial transmission is yesterday’s technology is to look again. At Rohde & Schwarz, we have a large a vibrant customer base of transmission customers. Our commitment to them is that we will be there to support them through the interesting journey that the next 10 years presents. For sure, IP-based distribution is on the rise, but those that think that terrestrial transmission offers no business model for the future need to think again. 2019 will see some fascinating new transmitter product introductions from Rohde & Schwarz and our long-term commitment is undiminished.

If you are interested to learn more about 5G Broadcast, feel free to download our new eBook on “5G Broadcast for Mobile TV in a nutshell”. This eBook explains how the integration of the latest mobile telecommunications technologies are a perfect partner for DTT and can put it on a completely new and significant growth path.

Jürgen Nies is EVP and head of broadcast & media division at Rohde & Schwarz.