In 2016 the government asked Baroness McGregor-Smith to examine the barriers faced by people from ethnic minorities in employment. One of the recommendations from her report Race in the Workplace was that the government should legislate for mandatory reporting of ethnicity pay data. 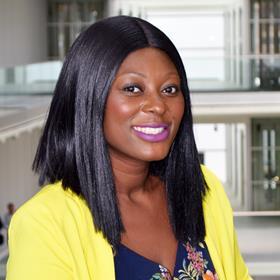 McGregor-Smith said: “No employer can honestly say they are improving the ethnic diversity of their workforce unless they know their starting point and can monitor their success over time”.

The government’s response was that they expected businesses to lead in taking this forward voluntarily, mirroring their original approach to gender pay.

Increasing the diversity of ITN isn’t just the right thing to do, it is a major business priority. We simply must reflect the face of modern Britain if we are to remain both distinctive and relevant to our audiences in the long term. Part of that journey is about being transparent about where we are now.

Integrity and transparency is core to ITN’s values and this is why we took the decision to be one of the first media organisations to publish its BAME pay gap.

We have an average BAME pay gap of 16.1% and an average bonus gap of 66%. What the gap tells us is that there are proportionally more white employees than BAME employees occupying the highest-paid roles at ITN.

We recognise that we must do better and to effect real change we had to make proactive changes to the way we approach recruitment and retention of BAME staff.

In the past, we have focused on increasing BAME representation through early stage career schemes, but this can have the unintended side-effect of actually increasing the pay gap, due to the rise in the number of BAME staff earning lower salaries.

So, in order to reduce the BAME pay gap and increase representation at the same time, we need to improve the diversity mix at all levels of the company, but we particularly need to focus on appointing more BAME people to the senior decision-making managerial and editorial roles.

This is key, not only in closing the gap, but in creating a culture of progression, and a new generation of diverse role models.

When publishing the gap it was important for us to recognise throughout the organisation that certain groups have faced systemic disadvantages in the past. This imbalance could only be addressed by putting in place procedures to remove barriers to entry or progression.

A key action to address this imbalance was with affirmative action. We felt strongly that procedural change is the best way to effect cultural change. We will only ever appoint the best person for the job, but we know that there is a lot of diverse talent out there, we just need to work harder at finding and meeting those people.

To drive this change we have put in place the policy that whenever we are recruiting for positions at ITN, we will interview at least one BAME candidate, for every job, and at every level.

We also created an action plan with a number of initiatives aimed at improving recruitment, representation and progression. That includes putting in place cultural awareness training, reverse mentoring, development programmes for high achievers as well as creating a diversity forum so that staff can talk about their experiences in the company.

Currently, around 15% of ITN’s workforce are people from black, Asian or other non-white ethnicities. But with a majority of our employees based in central London it’s just not enough.

We’ve set ourselves some tough targets on diversity that we must reach by 2022:

By increasing the number of BAME people in the senior roles we will begin to close the gap in both pay and bonuses.

A lot of organisations claim to not have sufficient ethnicity data from their staff, but is this yet another excuse to avoid the conversation?

Employers will usually hold gender details of employees for insurance and pensions purposes, there is no current requirement to hold details on ethnicity. This something that needs to be looked at.

Currently, it is not compulsory for organisations to collect their ethnicity data, so disclosure rates can be low. A number organisations claim that asking for this information from the exiting workforce could be viewed as suspicious. At ITN we have held ethnicity data for 100% of staff since 2015 and this was collected voluntarily.

Establishing the trust of your employees is really important when trying to collect this data. At ITN we ran focus group to get peoples thoughts and created a safe place for people to have open discussions and share their lived experiences. Many organisations will be unsure about where to start but this shouldn’t be an excuse to not do anything or avoid conversations about race.

Publishing our BAME Pay Gap was greatly appreciated by BAME staff. Although many found the figures disappointing they commended the transparency but were more surprised about the reaction or lack of. Whilst gender pay gap saw high profile employees publicly voice their outrage, on the day of the BAME pay gap publication there was an overwhelming silence.

Why is race still so difficult to talk about? For us at ITN, publishing the BAME Pay Gap was a great way for us to broaden the discussion. Collecting and analysing the data gave us a better understanding of what was happening and where the issues are in the company, ensuring that we are focusing on the right problems and taking appropriate action.

We learned that transparency is key to driving an inclusive culture and that owning up to a problem helps.

Priscilla Baffour is Head of Diversity and Inclusion at ITN