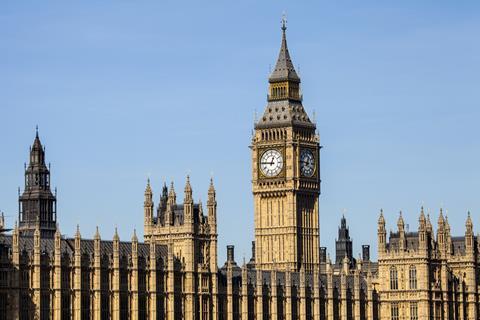 The UK Conservative Party has lodged a complaint with regulator Ofcom over against Channel 4 news over its decision to empty-chair prime minister Boris Johnson for an election debate.

The hour-long debate on climate change featured leaders from several of the UK’s major political parties but, according to Channel 4, both the Conservatives and the Brexit Party declined the invite, leading the news station to replace them with an ice sculpture during the debate.

In a letter to Ofcom seemingly sent before the programme aired, Tory communications chief Lee Cain said the party had instead offered cabinet minister Michael Gove as a replacement, which Channel 4 had declined.

Citing the Communications Act 2003 and the Broadcasting Act 1996, as well as the Broadcasting Code, which was published by Ofcom, Cain claims Channel 4’s decision breaches impartiality rules. He also pointed to Dorothy Byrne’s speech at the Edinburgh TV Festival earlier this year, in which the Channel 4 head of news and current affairs Dorothy Byrne delivered a blistering attack on politicians, including Johnson.

A Conservative source later told Buzzfeed News that the party would reassess Channel 4’s Public Services licence – should it win a majority at the upcoming election, which will take place on 12 December.

If we are re-elected, we will have to review Channel 4’s Public Services Broadcasting obligations,” the source said.

“Any review would, of course, look at whether its remit should be better focused, so it is serving the public in the best way possible.”

Labour MP Clive Lewis hit back at the Conservatives, labelling Johnson as a “coward and a bully”.

According to Buzzfeed, Lewis said: “He thinks he is born to rule and is so used to getting his own way that he turns nasty when anyone dares challenge him.

“Britain deserves a prime minister that has enough of a backbone to face up to scrutiny.”

It is the latest dispute over the role of broadcasters during the snap election after the BBC came under fire for editing a clip from a leaders’ contest between Johnson and Corbyn. During editing of the clip for social media, the BBC cut out audible laughter at the PM’s response to a question on trust, igniting angry responses and accusations of bias on social media.

In another dispute, Gove accused Channel 4 of “having an agenda” and “polemics” during an interview with one of its reporters.