Will ad execs and and TV producers work together in harmony to produce bite sized pieces of compelling content for digital natives to snack on? 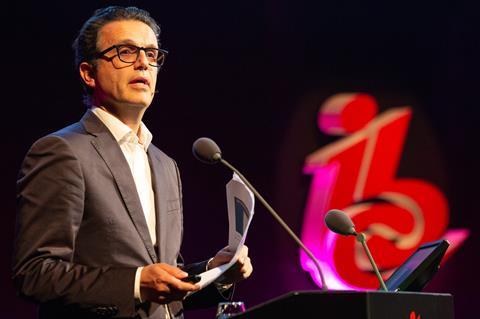 To suggest otherwise is just “sheer snobbery”, according to former Channel 4 boss David Abraham, who addressed delegates at New Platforms keynote on embracing the multiplatform world.

Abraham’s new production outfit Wonderhood aims to straddle the worlds of advertising and television – which have traditionally have been very distinct from a creative perspective but which are increasingly converging.

Abraham, a former ad exec who founded the St Luke’s agency, said there are key three buyers in the market: broadcasters; ‘quasi channels’ – the streamers like Netflix and Hulu; and pure play digital – such as YouTube Red and Facebook Watch.

Abraham, who also ran Discovery International in the US, said that this third tranche has more of a focus on short form content – a hot topic at IBC this year given the short form initiatives announced by Jeff Katzenberg in the US and BBC Studios in the UK.

“We find this trend interesting because there is definitely a convergence taking place and an appetite for content that is between three, five and seven minutes in length – which has interesting potential in terms of formats,” he said.

Asked by moderator Kate Bulkley whether there was an appetite for branded content, Abraham said that it all depended on the idea: “The research suggests that the better the idea the more viewers value the content, but the worse the idea the more they see it as a disruption.”

He pointed out that there were some really clever examples of branded integration happening in Europe. These include Finnish movie Tuntematon Sotilas (Unknown Solider) which turned product placement on its head by getting brands to market the movie instead of using the movie to market themselves.

In the UK, meanwhile, ITV’s youth skewing hit Love Island included clever brand integrations which included a clothing brand, which the audience could also shop for via the show’s app. A third example was Burger King’s prank video which successfully helps to explain – by way of the Whopper – the US’s Net Neutrality law.

“All these brand owners are thinking about how the world is changing around them because standing still not a way of future proofing your model,” he said.