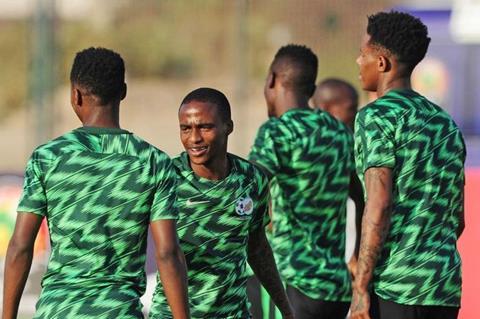 BeoutQ has been condemned by the Confédération Africaine de Football for illegally broadcasting every group phase of the African Cup of Nations.

The Confédération Africaine de Football (CAF) licenses its games to the Qatar-based BeIN Sports broadcaster which has the rights to show the 2019 African Cup tournament.

According to a statement released by the CAF, it claimed all 36 games were illegally pirated by BeoutQ and available on satellite Arabsat by means of “fraudulently diverted” streams.

Arabsat has refused to take down the illegal transmissions of the live matches that were played in Egypt starting from 21 June.

The CAF said: “BeoutQ is broadcast throughout the Middle East and North Africa, and is also available across the world, which is causing severe damage to the rights of CAF and all rights granted by contracts to its official broadcast partners, and first and foremost BeIN Sports and the Egyptian host television of the competition, considering the territorial zone on which the pirate broadcasts of BeoutQ are focusing.”

Egypt’s Time Sport Channel is also authorised by the CAF to broadcast the games free-to-air on terrestrial television throughout the host country.

As IBC365 reported last month, senior executives at BeIN Media Group have now called on authorities in Saudi Arabia to shut down the cheekily-named BeoutQ channel that has been using the Arabsat satellite since last autumn.

BeoutQ made headlines in May when it took BeIN’s feed of the Champions League semi-final between Liverpool and AS Roma and showed the game in HD on a 10-second delay.

CAF added: “The broadcasting rights granted by CAF on an exclusive basis to its official broadcast partners are matched by important financial contributions that ensure the financing and development of African football competitions and its member associations.

“CAF strongly condemns the acts of piracy committed by BeoutQ that directly threaten the ambitions of valorisation, influence and development of the African football and CAF.”

The CAF said it intends to join the steps taken by other rights holders harmed by the pirate TV operation - including FIFA, UEFA, AFC, La Liga, Premier League and Bundesliga - to take “all necessary measures and actions against entities that commit, or are complicit in the commission of” these acts of content piracy.

Last month, Arabsat accused BeIN of engaging in a “media smear campaign”, after the Doha-based broadcaster said it has proven that the satellite operator was responsible for distributing the pirate network BeoutQ.