BBC’s television, radio and children’s programming will pivot as it focusses on Mental Health Awareness Week next month curating content throughout May to help audiences struggling “during these extraordinary circumstances.”

To mark MHA week - commencing 18 May - the BBC will transmit brand new programming, a selection of documentaries from the last two years with content across its TV channels, radio programmes and children’s educational programming dedicated to discussing to harnessing the power of conversation on mental health. 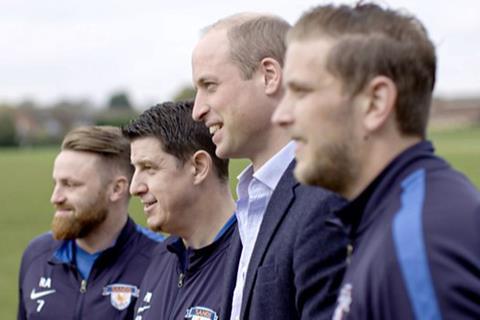 BBC: To mark MHA week with new documentaries including Tackling Mental Health with the Duke of Cambridge

In the UK it is estimated that one in four people will have some sort of mental health issue throughout their lifetime and in 2019, the BBC’s Mental Health Action Line received more than 83,000 online visits and calls from viewers, highlighting how important programmes are to audiences and the real impact it can have with viewers.

In a statement, the public service broadcaster said it has a long commitment to showing impactful and critically acclaimed programmes that resonate strongly with those experiencing some form of mental illness.

BBC director general Tony Hall said: “Mental health is important - and during this pandemic more important than ever. Many people may be struggling alone, they may be worried about maintaining their own well-being or want to better equip themselves to help loved ones.

“That’s why bringing mental health issues out into the open is so important. Our programmes aim to do just that. They highlight the issues affecting many and will hopefully help people seek the support they need.

“The BBC wants to help. Hopefully these programmes will make a real difference. I want to thank all the contributors who have generously shared their personal stories with the BBC.”

Highlights across the month include brand new documentaries What’s The Matter with Tony Slattery and Tackling Mental Health with The Duke of Cambridge (w/t); BBC One, Two and Three will be re-showing some of its most impactful recent films, including Rio Ferdinand: Being Mum And Dad, Alastair Campbell: Depression And Me and Killed By My Debt.

BBC Content director Charlotte Moore said: “The BBC has a long commitment to tackling mental health issues in our programmes but it’s never felt more important to raise awareness and bring the conversation out into the open when so many people are feeling isolated and alone.

“We’re taking our commitment even further to provide a vital support to those in need and reach an even broader audience with programmes that will explore what we can all do to look after ourselves, help loved ones and deal with the anxiety so many are experiencing through this crisis.”

The broadcaster also has a strong corporate focus on mental health and wellbeing with a range of programmes and support networks for staff.

It said: “At a time when everyone is feeling the effects of isolation it’s particularly apt to celebrate the life and work of two people who originally met in a sanatorium and went on to define what television comedy could be.

“Aimed at writers and writing partnerships, the bursary will award £5,500 to develop a script for broadcast consideration under the guidance of established industry practitioners and BBC Comedy Commissioning.”

Next week IBC365 investigates the impact Covid-19 has had across the sector with a focus on mental health and wellbeing.