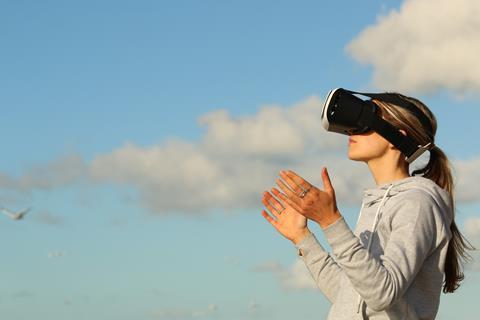 The BBC has shut down its VR Hub production and commissioning unit after two years in what could be seen as another blow to the burgeoning VR sector.

The British broadcaster confirmed to IBC365 that it has closed its VR Hub, which was launched in 2017 to oversee the commissioning and production of VR films, in the same week that Google stopped support for its Daydream VR software.

The BBC’s VR Hub production slate has included the likes of 1943 Berlin Blitz, which was a recreation of a WW2 bombing raid in VR. According to The Times, which first broke the story, the content received only small audiences, although it was praised by critics.

In a blog, the BBC revealed that VR Hub had taken its content to audiences in over 160 libraries around the UK with our BBC Library VR tour in partnership with Libraries Connected. The response, according to the BBC, was “astonishing”.

The VR Hub’s last project was a co-production with Arte and Atlas V, called Missing Pictures, in which film directors discuss one of the projects they weren’t able to bring to the big screen while immersing the viewer in a VR version of their original vision.

The first of the series of six experiences features Abel Ferrara (Bad Lieutenant, King of New York), but after this project is done the VR Hub will close.

A spokesperson for the BBC explained: “The VR Hub had funding for two years, so is now wrapping up its production and commissioning. It’s been an important part of our charter commitment to promote technological innovation and maintain a leading role in research and development which benefits the whole industry.

“We’re really proud to have produced some award-winning projects in that time, and we’ve learned valuable lessons about producing unforgettable virtual reality experiences. We’re produced a guide sharing what we’ve learnt with the wider industry, and we’ve built up experience across the BBC so different areas will be able to develop their own ideas.”

The BBC’s decision comes despite the fact that the VR and augmented reality headset is growing, albeit slowly. according to SuperData’s Q4 2018 XR market report.

Google has also ditched a significant VR project this week, with the tech giant discontinuing its Daydream View mobile headset and announcing it will end Daydream support for its newly revealed Pixel 4 phone.