As the broadcast of BBC’s seasonal wildlife show Springwatch comes to an end, IBC365 looks at how the live show was produced despite Covid-19 restrictions. 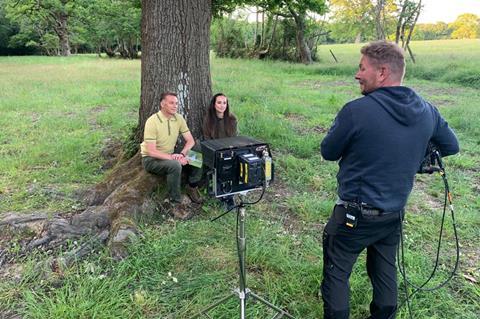 BBC’s Springwatch: Continued to deliver a live show whilst in lockdown

As television production worldwide ramps up again after the easing of restrictions introduced in response to the coronavirus pandemic, crews are coming to terms with new ways of working. Productions of all sizes and types are being rethought to incorporate new guidelines for ensuring the health and safety of presenters and crew, while at the same time maintaining the visual look and sound quality viewers were used to before lockdown.

This was the priority on Springwatch, the centrepiece of the BBC’s seasonal wildlife showcases. Programme director James Morgan observes that because time had moved on from the initial attempts at making live TV during the early days of lockdown, he knew it would be possible to produce something approaching the standards expected.

“We didn’t want to have a Zoom call look,” he says. “There had been talk of doing Springwatch as a pre-record but I said no, we can do it live. The aim was to have proper escapism for the viewer, using semi-remote feeds and operators in the field, although the teams were scaled back. ”

Plans were drawn up for a three-week series (running Tuesday to Thursday) that would provide a level of coverage and quality comparable to past years while at the same time adhering to government rules on maintaining social distancing and only travelling to film sequences when necessary.

This meant that Springwatch’s regular presenters would not be together in one location. Instead each worked on home turf: Chris Packham in the New Forest, Gillian Burke at the Cornwall Beaver Project near where she lives and Iolo Williams in mid-Wales. Usually the fourth member of the team would be Michaela Strachan but as she was locked-down at home in South Africa, she made only a brief appearance by video call. A weekly guest presenter made up the numbers, with Steve Backshall on the Thames in week one, Gordon Buchanan in Scotland during week two and Ellie Harrison in the Cotswolds for week three.

Rosemary Edwards, executive producer for BBC Studios, comments that in accordance with guidelines, filming crew numbers were kept to minimum at each presenter location. “Wherever possible the crew is local to each area so the number may differ for each site,” she says. “We’ve had to think of new ways of working. For example, when planning the live shows the teams intended to keep filming outdoors at all times. In the event of poor weather, outbuildings at Chris Packham’s home location were found and equipped for live transmission while still allowing people to remain socially distanced.” 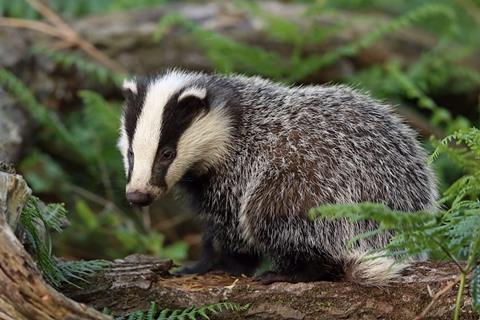 Rosemary Edwards: ”Springwatch would not be Springwatch without the stunning UK wildlife moments we are able to capture.”

Presenters attached their own microphones and took care of their hair and appearance. Edwards adds that all equipment was cleaned thoroughly before and after each live show by the crew. “As well as this, any documentation, such as scripts and briefing notes, have been emailed to all concerned to avoid printer copies being handled by multiple persons,” she adds.

Getting live feeds from a large number of locations is a regular technical challenge for the Springwatch team but this year’s production proved even more testing than usual. Satellite links have been used regularly for the live presentation but that was when all or most of the presenters were in one place. Harris explains that having four people in different places was set to increase the cost considerably unless some alternative could be found.

“We knew that having links from every presenter’s home would be expensive so it couldn’t be satellite connections for everyone,” Morgan says. “We also needed a robust system because it is live. So we arranged for two presenters to be on satellite, with other links using a mixture of LiveU and IP. We also scaled back the team that does the rigging of nest boxes. The feeds from those go to a small OB truck and then on to the main hub in London.”

Safety in the studio
A gallery was set up in Timeline Television’s Broadcast Centre at Ealing Studios to receive all incoming links. This main control area housed Morgan, a vision mixer and the script supervisor. They socially distanced at the required two metres and, as an extra precaution, were separated by Perspex screens. A sound supervisor worked in another technical area, as did the EVS operator. All on-site staff made their ways to the galleries by means of one-way systems after signing a declaration that they showed no signs of coronavirus at the entrance. Hand washes are also available round the work areas.

“Everybody is taking it seriously and is respectful,” Morgan says. Edwards adds that the same team was kept together for the duration to avoid multiple contacts, with each person travelling to the studio independently.

Because the delay on the various incoming signals could be between zero and four seconds and changed from location to location, Morgan and the script supervisor cued in the presenters rather than letting them rely on the programme feed. “We got the out words for each link and everybody has to stick to those,” Morgan says. “We then started cueing the presenter before the previous link or taped segment finished so they came in on time and nobody noticed any delay. We also used graphics and maps to cover handovers, with the overall aim of making it seamless to the viewer.” 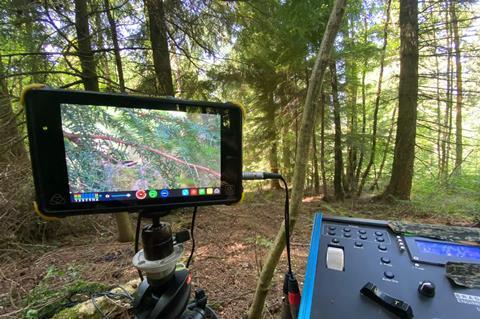 Springwatch: Has allowed audiences a sense of escapism whilst remaining at home

Several producers work on the live broadcasts but on this occasion they are all working from home. They interacted with the main, physical gallery using virtual technology, allowing them to connect from their computers and still be as much a part of the production as they would be under normal conditions. “The producers being at home is the major difference,” comments Morgan. “It must have been strange for them to be by themselves in their bedroom or wherever. But they got all the updates through Timeline’s virtual gallery system. I had screens displaying all the camera feeds and could preview them. The producers were also able to see those through remote access over IP.”

Finding a new rhthym
Morgan admits he missed the “camaraderie and social aspects” of a regular gallery but says everyone soon found “a new rhythm” to work to: “If you’ve got good communications then it doesn’t matter if you’re two metres or 200 miles away from the people you’re working with.” The intercom used was an IP-based Riedel system.

As Rosemary Edwards observes: ”Springwatch would not be Springwatch without the stunning UK wildlife moments we are able to capture.”

As on previous series, this element was captured by “long lens camera operators”, who Edwards says are used to working alone in remote, unpopulated areas. A regular feature of the series is short films following a specialist wildlife camera operator talking about a favourite location or animal. These were part of the 2020 series but had to be revamped. “They have less than normal and captured footage of wildlife nearer to their home bases,” Edwards says. Ordinarily the subject of the film would be filmed by another operator but for this production they either locked off a secondary camera or used a family member to record some segments.

In recent years Springwatch has championed the input of viewer-naturalists, who have used their phones to film animals and birds they have seen in their gardens or local parks. James Morgan says that in this series user-generated footage has been “even more integrated into the programme”, with a lot more feedback from viewers. “I don’t think that will change in the future,” he concludes. “Viewing figures are up massively and everyone seems to love the new format.”

It makes sense that having the outside brought inside at a time when people cannot go out would be hugely popular.