With a $1bn programming budget, Jeffrey Katzenberg and Meg Whitman’s premium short form platform Quibi has attracted a raft top talent to create shows. But can it persuade mobile viewers to part with their cash? Tim Dams reports. 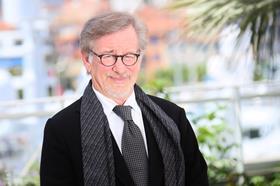 Less than a year before it is set to launch, the sense of momentum around Quibi is palpable.

The short form service set up by former DreamWorks founder Jeffrey Katzenberg and ex-eBay and HP Enterprise CEO Meg Whitman has unveiled a slew of commissions in recent months. 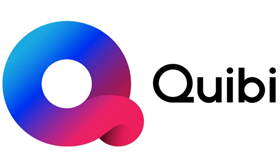 In the past week alone, it has ordered a thriller series starring Hunger Games’ Liam Hemsworth from CBS Television Studios and Silver Reel Pictures, and a natural history series from BBC Studios, Fierce Queens, which will explore phenomenal female animals of the wild.

The well-funded start-up, which is designed primarily for mobile users, has around $1 billion to spend on content in its first year, and another $470 million set aside for marketing and promotion. Its backers include Disney, NBCUniversal, WarnerMedia, Lionsgate, ITV, Liberty Global, Enertainment One and China’s Alibaba.

The service is set to launch in North America initially in April 2020, ahead of a global roll out, with two tiers of pricing: $4.99 with short ads, and $7.99 without them. 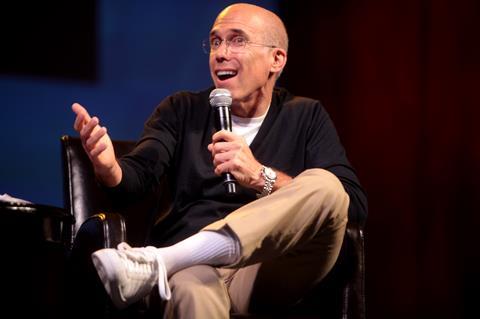 Quibi’s content will consist of two to two-and-a-half hour stories across scripted and unscripted, broken down into chapters of around 7-10 minutes each and budgeted at around $6m an hour. A new chapter will be released each weekday, aimed at a core audience of 25-35-year-olds.

In its first year, Quibi – a shortened version of “quick bites” – aims to deliver 7,000 pieces of content.

Last month, the company said it had already booked $100 million in upfront ad deals from advertisers including Google, Procter & Gamble, Walmart and Pepsico.

Quibi’s starry and well-funded commissions give a clear sense of its ambition in the short form market, while its backing from both investors and advertisers suggest a high degree of confidence that it can carve out a successful niche for itself.

Daunting task
Nevertheless, the challenge that faces Quibi is daunting. Nobody has yet managed to successfully crack the paid-for short form market; two attempts to do so - Vivendi’s StudioPlus and Verizon’s go90 – closed down last year, nursing heavy losses.

The problem for them, and others, came down to effective monetisation. At a time when so much short form content is available for free on YouTube, it has proved hard to persuade younger audiences to pay for premium content.

Quibi is also launching into a streaming market that is becoming increasingly crowded, with deep-pocketed players such Disney, Apple, WarnerMedia and Comcast all readying their own offerings. Even though these services will primarily offer long form content, there is a question mark over the number of platforms that consumers are prepared to pay for.

The streamers themselves are likely to offer short form content to subscribers too. Netflix, for example, has been ramping up its short form output in recent months, launching series such as Special, I Think You Should Leave and It’s Bruno, with each show running for around 12 minutes.

However, Quibi does not see itself as a direct competitor to streamers like Netflix or indeed traditional TV, maintaining that its primary competition is mobile-first services like Facebook Watch, Instagram’s IGTV and Snapchat.

Industry interest
Within the industry, however, Quibi has attracted a lot of interest – far more than any of its short form predecessors.

Jamie Brown, CEO of Frantic Films, one of Canada’s largest indies, says: “Anytime anybody says ‘I’ve got $1bn to spend on content’, a lot of producers’ ears prick up.”

Brown says he also likes the deal model that is being offered to producers and creators, which is handsome in terms of funding and attractive in terms of rights.

As part of its deals, Quibi pays the cost of a show, plus a 20% production fee. For this, Quibi exclusively licenses the content in bite-size viewing form for seven years, after which the rights revert back to the creators and producers.

But, crucially, after two years on the service, the creators will be able to edit the short form version into one feature length project, and can sell the rights to international buyers.

“For producers, short form has always felt challenging in terms of revenue streams, but Quibi offers a way to break out of that with potential real value for the producer and broadcaster.” Andrew Sheldon, True North

This innovative IP ownership model has upsides for both producers and platforms, and stands in stark contrast to a streamer like Netflix which takes all global rights for long periods of time when it commissions.

“For producers, short form has always felt challenging in terms of revenue streams, but Quibi offers a way to break out of that with potential real value for the producer and broadcaster.”

At last month’s Variety European TV Summit in London, senior executives were asked about the prospects for Quibi. Entertainment One president of international distribution Stuart Baxter noted that his company had invested in Quibi as well as Canvas Media, which also specialises in digital short form. “We are funding a couple of international projects in short form. Do we think it is an important growth market? Yes.”

Meanwhile, ITV Studios Global Entertainment managing director Ruth Berry said that ITV has made “various digital investments in the US focused on short form creation.” This includes an investment in Quibi itself. “We are absolutely intrigued by how that market will grow,” said Berry.

“Anytime anybody says ‘I’ve got $1bn to spend on content’, and a lot of producers’ ears will stand up.” Jamie Brown, Frantic Films

However, All3Media International chief executive Louise Pedersen was more cautious in her approach, noting that All3Media-backed Little Dot Studios “creates a lot of short form material for YouTube. “That is the focus for us. I’m not sure if we see much of a secondary market for it at the moment.”

New tech, new opportunity
On the plus side, Quibi is well timed from a tech point of view. It goes to market just as the adoption of 5G is expected to take off, so its mobile viewers will increasingly be able to stream and download content on the go without latency or buffering issues.

The platform has also reportedly developed a new technology that will allow viewers to seamlessly move from vertical to horizontal video framing, details of which will be revealed later in the summer.

Quibi will also be able to target audiences specifically for advertisers, sharing demographic information including geography, age and gender— although, aware of the new focus on privacy, Quibi is not disclosing specifics such as device ID and personal information.

Quibi has a strong team in place, with over 160 people already working for it including a number of respected content executives with strong talent relationships – including of course, Katzenberg and Whitman themselves. “You have to look at the quality team behind it,” says Frantic Films’ Brown, describing Katzenberg and Whitman as “two smart, incredibly successful people.” Much of the focus has so far been on Katzenberg’s starry commissioning line up. But, says Brown, “no doubt Meg has modelled it eight ways to Sunday.”

Indeed, Quibi’s bet is that it is well placed to launch at a time of booming mobile video consumption, particularly among younger viewers. “There’s a bit of a hole in the market in terms of online short premium content,” notes Brown. “So their plan makes sense to me.” On the downside, he says Quibi is launching in an era when there is a glut of high quality content now available.

However, if Quibi can persuade just a small percentage of viewers to pay for content that is far superior to free programming on YouTube and other social platforms, it may well have a hit business on its hands.