Interview: Peter White, IABM, on 10 years in charge of the organisation

A decade ago, when Peter White became CEO of IABM, its membership was about 250 and the staff numbered five. Today, the membership has hit 650+ and the staffing has quadrupled. George Jarrett reports. 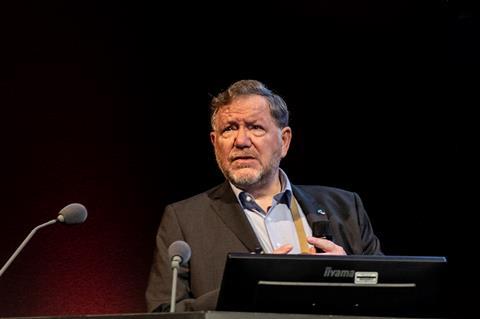 IABM now bristles with valuable data and knowledge, and smart initiatives and partnerships, but when Peter White emerged from another industry that had adopted digitisation to take the reins at the organisation, he was surprised by the sloth within the broadcast industry.

Becoming IABM chief executive a decade ago, White noted the slowness which the broadcast business jumped from tape to file into joining the digital age.

“We just played catch up, but very quickly in doing a decade’s development work in five years. That’s what’s happened with Covid-19 too – two years’ work in just three months,” says White. “It has put us at the leading edge now: we have the technology, the expertise and the knowledge, and it has all been fast-tracked.”

With the coronavirus pandemic still raging in parts of the world, but many countries now easing restrictions, how did Covid-19 impact IABM and its relationships with its incredibly varied membership?

“Nothing in my lifetime has caused as much upset. This has changed the world, and it has changed how we are going to view the industry going forward. It has accelerated the processes of remote production, of cloud usage and of IP adoption,” explains White. “Shows won’t be the same, and neither will organisational structure. The virtual office will be more prevalent.

“We were particularly well placed for the pandemic because IABM has been a relatively virtual business for a long time. We very quickly created a virtual platform that was free for members to use,” he adds. “We produced tons of data, and did dozens of interviews through our own TV channel.”

Webinars and webcasts
IABM members were offered webinars and webcasts, and a series of courses that handle the issues around managing and changing mindsets with a new normal in mind. IABM also teamed up with SMPTE, the DPP, SVG and HPA for joint web events.

“Through the last four months I have been inspired by the level of innovation and sheer resilience of the industry, and the way that we pulled together.” - Peter White

“We have played our part in bringing the industry together. We worked with all those bodies so that our members and the industry in general do not have to worry what camp they are in. It is now all about working together in a collaborative way,” says White. “This is the way of the future.”

As the industry returns to the “new normal” there is an opportunity to change the way it works. Notably going green is one concern. Can IABM members make the commitment of coming back greener?

“During lock down there was cleaner air, and an attitude that was more responsible. There has been a shift in the mindset to be more aware of our planet,” says White. “The longer burn of environmental pollution needs to be dealt with, and we can start with not getting in our cars and travelling to offices. We can be as virtual as we can, and with shows we need to think of ways of making the experience good, while massively reducing our carbon footprint. 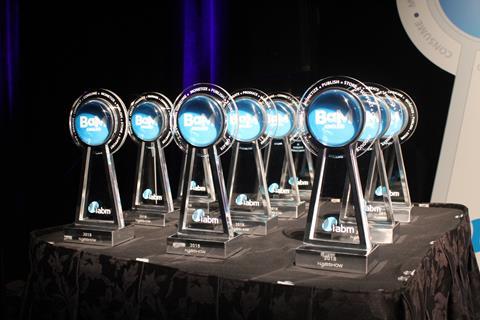 IABM: With shows cancelled IABM has focused on offering members webcasts and webinars

“All the owners of IBC and all the members of all the industry bodies have been similarly impacted by Covid-19 so it makes sense from a general logical aspect that we collaborate and drive things forward together,” he added. “Doing those web events with the other organisations proves they are willing to do this.”

Many IABM members were hit by the wipe out of production during lockdown, others in niche areas may have struggled. But live streaming companies, codec vendors, and platform and cloud companies have had a field day, whilst other companies just concentrated on R&D. How does Brexit mix in here?

“Brexit, has not been a particularly constructive thing for our industry, and can only be exacerbated by a no deal Brexit. Covid-19 has magnified other big issues that were there.”

White is worried by another issue that Brexit will magnify. “There has been preciously little support for the freelance part of the creativity chain, and that has impacted tremendously on the level of unemployment. This will take time to recover,” he said.

Engaging partners
The IABM Global Engaged Partner Program gives it a dialogue with end users, meaning engaging when they were working at home “has been easier so we have been able to stage some great end user panel sessions.” That has enabled users to understand what IABM does and also how valuable dialogue with the supply side of the industry can be, says White. “They have a different need, a thirst for knowledge, and we can make that available to them.”

It helps the whole more industry make discussion so much more productive. How will the IABM create a new normal for itself? Its Business Intelligence Unit has fed out a mass of reports covering technical change. And IABM sits on masses of both data and content.

“There is a complete kind of paradigm shift here that we are all going to need to recognise. We are pretty well placed because we have taken in a lot of new members who represent this drive.” - Peter White

White claims IABM’s knowledge hub has grown and grown, particularly with the amount of activity during the pandemic lockdown. In continuing the amount of virtual work the group was doing has added to the knowledge hub, meaning it can shift focus to making that knowledge much more discoverable, with a better user experience.

“Making the journey through our website easier is one change. We won’t be back to being such a physical presence everywhere. We will choose our moments and will take a more hybrid approach and be more discerning about what we deliver and what we invest in,” he adds.

IABM is also looking at getting back to going to some of the shows. With IBC2020 cancelled, replaced with the upcoming IBC Showcase, and NAB also called off earlier in the year, this focus has been forced to shift.

“We are aware that even that will be different going forward. The game changers, the disruptors, the new service giants are going to shape the way the shows look in the future. It will not just be about a supermarket of product, but about delivering innovation and building around it,” says White.

“We keep on preaching ‘adapt to change’ and we hope to do that ourselves. It has involved changing our structure and changing our approach. I mean to transition the IABM by keeping it moving and keeping it fresh,” he added. “To give it a younger image, we will make sure that our younger team members, who are brilliantly talented, are always at the forefront of delivery. That is what our industry is about.”