Loudness, and in particular differing sound levels on TV have long been a source of frustration for viewers. The EBU R128 loudness standard, which was launched at IBC ten years ago, has addressed it and the latest update now covers streaming services. 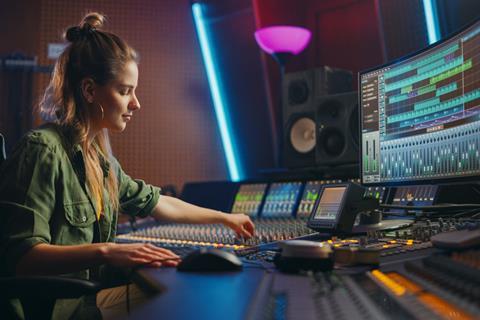 EBU: Updates its loudness standard to include streaming

Over its long history, IBC has showcased the introduction of new technologies and standards that have shaped the evolution of broadcasting. If 2020 had been a regular year and the Amsterdam show had taken place, that tradition would have continued with the release of the updated version of the EBU R128 loudness standard, which was launched there ten years ago.

The EBU PLOUD working group, which developed R128, held its inaugural meeting at IBC 2008, with a progress report a year later, but work to counteract the problem of loudness - discrepancies in perceived volume between different programme types - dates back to the 1950s.

Algorithms were eventually developed to measure audio by taking into consideration factors such as dynamic range rather than just peak readings. Loudness meters appeared commercially in the 1990s and early 2000s but it was not until the ITU (International Telecommunications Union) formed a working group to look into the problem in 2003 that progress towards a loudness standard began.

ITU 1770 paved the way for dealing with wildly differing sound levels on TV, which had long annoyed viewers. Because ITU standards are general by design, national and regional technical bodies set about formulating their own recommendations, with 1770 and 1771 as the starting point for all. In the US the ATSC worked on A/85, with similar standards following in Japan (ARIB TR-B32) and Australia (OP-59). 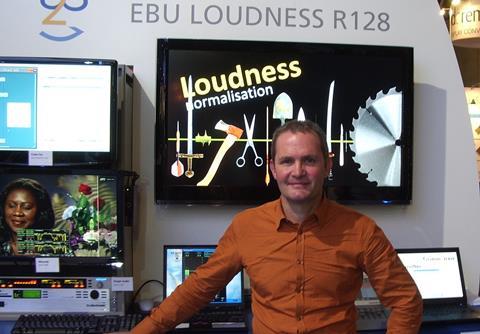 In Europe, the intention behind R128, according to PLOUD chairman Florian Camerer, was to go beyond programme exchange and into production, distribution, transmission and set top box manufacture, with the ultimate aim of satisfying consumer expectations. Speaking at IBC in 2010, Camerer said: “That was our goal, to really have a complete body of documents, strategies and guidelines to cover the entire system of loudness normalisation over the whole chain.”

The core R128 standard, written to be brief and simple but more prescriptive than ITU 1770, was supported by four longer technical documents: 3341 (defining Loudness Metering), 3342 (Loudness Range, a measure of loudness variations of a programme), 3344 (Distribution of Programmes, with implementation guidelines for manufacturers) and 3343 (Production Guidelines). Since 2010 there has been progress in making loudness a thing of the past. Complaints from views have dropped dramatically, if not stopped completely. R128 was revised in 2011 and 2014 but the 2020 version is perhaps the most comprehensive and wide-ranging revision so far.

For Camerer, the key point is the latest updating of the R128 recommendations. These focus on the tolerances allowed in achieving the Programme Loudness measurement target, which remains -23.0 LUFS (Loudness Units relative to Full Scale). Originally there were two tolerances: ±1.0 LU (Loudness Unit) for live programmes and ±0.5 LU for everything else.

“It turned out that almost everybody was using ±1.0 LU for all circumstances,” Camerer says. “But what happened in quality control (QC) sometimes was that an outside production company would submit a programme as -23.0 LUFS but in reality it was, for example, -22.9. The measuring tolerance defined in 3341 is ±0.1 LU, so that is fine. But then it would be measured by the QC department of the broadcaster on a different but still compliant loudness meter. In this hypothetical case it comes out at -22.8 LUFS, which is still within spec but the QC technician says it is out of spec.”

The tolerances are now defined as ±1 LU for production and ±0.2 LU for QC, which, Camerer explains, allows “potentially accumulating errors” to be taken into account. A new tolerance has been added to the target for True Peak, which is still -1dBTP (dB True Peak) during production. Leeway of ±0.3dB is now allowed for signals with a bandwidth limited to 20kHz.

What might arouse more general interest, however, is a brand new supplement dedicated to loudness on streaming services. This was previously addressed by the AES (Audio Engineering Society) in 2015 but the EBU had clearly been working on its own approach, because Camerer says R128 supplement 2 “has been many years in the making but finally we have reached consensus”. 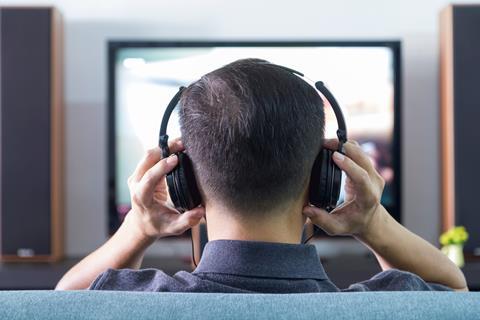 Streaming: Tolerances made to allow for listening on mobile devices

R128 s2 (Loudness in Streaming) acknowledges that streamed broadcast content - both live programmes and files - has become “an increasingly important distribution method for EBU members”. It highlights that conventional broadcasters are now vying with the likes of Facebook, Apple, Amazon, Netflix, Google and Disney, plus music or other audio-only services such as Spotify, Tidal and podcast platforms. These typically use a higher Target Loudness than is the norm in broadcasting.

While the EBU recommends that such output be produced according to R128 and Tech 3343, with the target of -23.0 LUFS, supplement 2 states that Loudness Metadata should be used to correctly indicate the actual Programme Loudness (PL) and “manage the gain and dynamic properties of content”. Concessions have been made to allow the PL to be set higher than -23.0 before streaming begins “if the broadcaster wants to be in control of the quality of the potential dynamic treatment”. In this case the interim value for PL should be -18.0 LUFS; programmes predominantly containing music with a Peak-to-Loudness Ratio (PLR) lower than 15dB are allowed a PL value of -16.0 LUFS.

The new streaming recommendations apply to all distribution paths available to broadcasters. But the tolerances have been brought in partly because of the popularity of streaming to smartphones and similar technology on the move. “The difficulty is the fact that -23 LUFS is still often too low for mobile devices,” Camerer explains. “The main reason for this is the lower electrical output level - a difference of 10dB - for European Personal Music Players (PMPs) compared to their US counterparts. Fortunately, CENELEC (European Committee for Electrotechnical Standardisation) has updated these specifications so that manufacturers are allowed to have higher output levels again across all countries. That’s great but it will take time so we are allowing -18.0 and -16.0 as intermediate average levels for streaming.”

Camerer observes that R128 “gives clear guidance” for streaming services, although some broadcasters have already been streaming between -20 and -16 LUFS. “We still have the clear mantra of -23 but acknowledge the intermediate solution of a higher target level as long as YouTube and others still stream at considerably higher levels, which broadcasters will have to work with if they want to compete with those services,” he says.

Streaming is not the only major change in broadcasting since R128 was first published. Operationally there has been a shift towards file-based distribution and delivery, with the result that more monitoring is now done in software. Camerer, who, in his day job, is a sound engineer at Austrian public broadcaster ORF, acknowledges this trend but says it is in parallel with other areas of broadcasting: “At ORF I use all sorts of gear, both hardware and software. Hardware meters built into the mixing console for my daily ‘as live’ work on documentaries and other programmes and software mainly for quick rendering to the target of -23. It’s going to be more and more software-based - but that’s an easy prediction.”

Camerer adds that the alteration to the True Peak tolerance was something the metering and monitoring companies had been pushing for: “We have all the relevant manufacturers in the PLOUD group and they are very happy about this update. They were always aware of what was happening and gave us feedback. There is no actual need to update equipment but different readings are now better covered.”

“Operationally there has been a shift towards file-based distribution and delivery, with the result that more monitoring is now done in software”

Back in 2010, Florian Camerer was realistic about the first version of R128 being the start of dealing with loudness. Vast improvements have been made but some problems persist. While there is more consistent audio output on SD channels, HD services have been prone to the old problems. Camerer says this is mostly to do with metadata, particularly if a channel is carrying Dolby Digital or other formats and ignores or abuses the ‘dial-norm’ value (indicating the average loudness of a the programme). “We have described a comprehensive solution for manufacturers of consumer equipment in Tech 3344 but not too many read that unfortunately,” he says.

Other problematic areas remain. Work continues in the radio sector, while a new supplement covering the potential dynamic treatment of Cinema Content is in the works. Camerer has drafted what will become R128 s3 and is waiting for PLOUD members to respond with comments. If and when IBC eventually gets back to its old self, the future of R128 and loudness in general will doubtless be a feature.