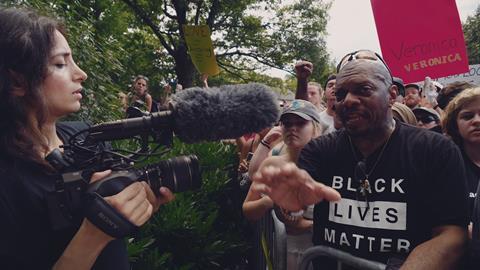 Award-winning documentary maker Deeyah Khan’s work has educated, empowered and inspired change. She explains what motivates her and why storytelling is so vital.

Khan was compelled to shoot her first documentary, about the London ‘honour’ killing of Banaz Mahmod, because it was a story no other news organisation was telling. 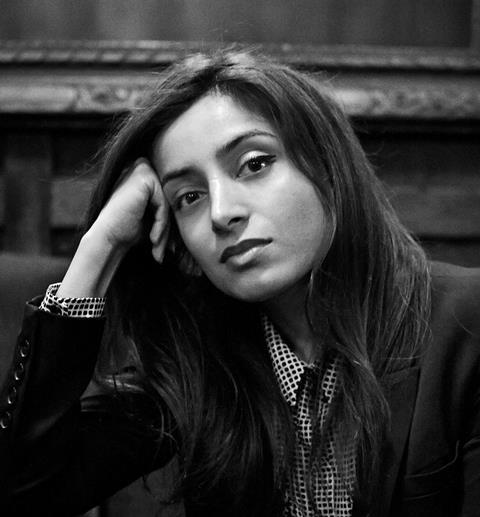 Mahmod’s story triggered something in Khan; she felt compelled to document the story of the 20-year-old London resident of Iraqi and Kurdish heritage who was murdered by her family in January 2006 after divorcing her abusive husband and falling in love with another man.

Without any formal training, Khan Googled filmmaking tips and editing techniques and then set about telling Banaz Mahmod’s story.

Khan told IBC365: “My films are important and personal and I had not been satisfied by what I was seeing…I am driven by frustration and by wanting change and answers,” Khan told IBC365.

She planned to give 2012 documentary Banaz: A Love Story to women’s right groups. However, it was swiftly picked up by UK broadcaster ITV and won an Emmy Award for best international current-affairs film.

The low-budget film took four “painstaking” years as Khan won the trust and co-operation of the police officers who solved the case.

Mahmod had warned police that she was in danger, and the documentary includes previously unseen footage of Mahmod being interviewed by police; recordings that helped secure the murder convictions of her father and uncle. According to police reports more than 50 people were involved in the cover up of her murder.

“This story speaks intellectually and emotionally,” Khan said. She hoped it would inspire cultural change and ignite people’s feelings.

Police training
Khan said picking up the Emmy was an honour but it is more important to see the inclusion of the film in the UK’s Metropolitan Police training programme to educate police officers on the threats faced by young women in ‘honour-based’ cultures.

Her advice is “don’t pick up a gun, pick up a camera.” She said: “Film is powerful, art and creativity is a hugely important instrument.

“Empathy can unite people to impact social change and using film as an instrument for social change is an important contribution to public discourse.

The film examines the rise of nationalism and the alt-right. Khan said: “I was obsessively trying to find people to talk to” for the film, which includes interviews with various leaders of the movements. 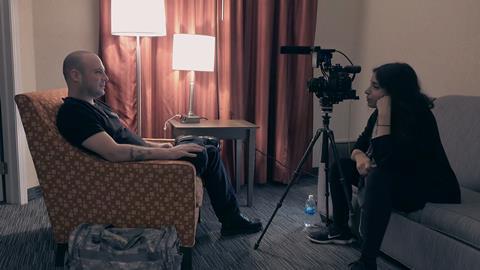 Khan decided she wanted to uncover what motivated these extremists after receiving threats of being raped, tortured, gassed and killed following comments about the need for tolerant and multi-racial societies.

After accepting the Rory Peck Sony Impact Award at a ceremony in London, Khan spoke about the struggles of cultivating friendships with people with such extreme viewpoints.

“As a woman in the midst of all of this we are a minority doing what we are doing.”

Khan is no stranger to racially fuelled threats and violence. Born in Norway to immigrant parents she was a successful pop singer but consistent attacks forced a move to London at 17 years of age where she became a music producer and women’s right activist.

“I have been on the receiving end of racism for as long as I can remember,” Khan said.

“Protests, marches and screams but it did nothing and didn’t resolve anything.”

Passionate about change, Khan explained her motive: “I want the human story behind the rhetoric because everything else gets in the way.”

Technology as the enabler
As a freelancer, Khan and her colleagues have little protection. “My camera is my weapon and the equipment is liberating, new technology makes it possible for me to make films.”

Khan explained how advances in technology have enabled her to tell the stories that other outlets are not broadcasting.

“Technology has democratised creativity…the appetite is there and the equipment has liberated the work I do.”

Empowering people to tell stories is more valuable than any award nomination, Khan explained. But the real driving force is the ability to connect with audiences through filmmaking.

She said: “Engaging in people’s hearts through storytelling is important because extremists on the left and the right have a disconnect with journalism. I want to re-engage with people and get them to see themselves in other peopl