How IP is bringing broadcast and AV closer together

Once, there was clear daylight between broadcast and professional AV production but now, thanks mainly to IP adoption, the gap is narrowing. 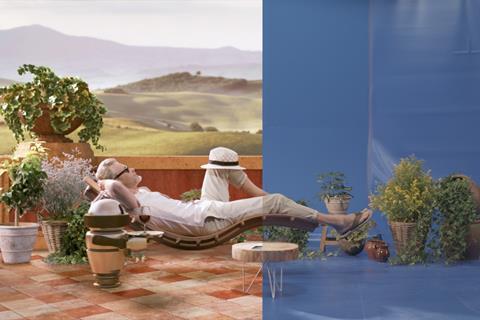 Innovation is two-way process; broadcast workflows are being used to address ‘enterprise’ requirements, while video conferencing tools and LED displays are increasingly bleeding into broadcast. But the division between the two sectors could all but disappear if a new proposal to underwrite proAV equipment with an open IP standard based on SMPTE 2110 gains ground.

“IP opens the floodgates for the two to merge,” says Liam Hayter, senior solutions architect at NewTek. “The tools to create and present content will homogenise around commercial off-the-shelf product.”

The proposal is called IPMX (Internet Protocol Media Experience) and is backed by SMPTE, AMWA and AIMS, the trio that (with VSF) designed and delivered ST 2110. There are already a number of competing and fairly entrenched media over IP protocols in proAV including NVX, NDI, HDBaseT and SDVoE. That’s why AIMS may have a harder time persuading this adjacent industry to yield than it did in broadcast. 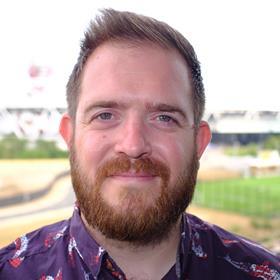 “When an industry achieves a certain level of maturity it will plateau with only proprietary solutions,” says David Chiappini, EVP of R&D, Matrox. “Markets explode when open standards arrive.”

This article goes deeper into IPMX and underscores the blurring of the AV-broadcast lines.

Converging expectations
In truth, there have long been deep impacts in both directions. Broadcast refined the art of the video production workflows and built products and methodologies for content management designed to extract maximum value over time from funded-for-monetization content.

“In broadcast, the ability to maintain the most pristine digital copy of source content is essential because content gets continuously edited and re-adapted much beyond the original live broadcast,” says Sam Recine, VP of sales Matrox. “In proAV, the focus is often elsewhere including: situational awareness, shared decision making, training, customer and channel support, and more.

“The fully networked enterprise or government organisation facility has continued to evolve into networks of facilities. And in live events, proAV dealt with professional experiences that also needed to be torn-down and re-built night-after-night as venues are continuously re-jigged for different events.”

“When an industry achieves a certain level of maturity it will plateau with only proprietary solutions…markets explode when open standards arrive,” David Chiappini, Matrox

Both markets are very similar in their expectation on reliability and performance. Neither are willing to have ‘black to air’ or a signal failure although AV customers may be more inclined to test and experiment solutions.

“In many instances, AV has to adapt to the location or the brief of a client,” says Darren Gosney, technical sales manager EMEA, Blackmagic Design. “Traditional broadcast can be slower to evolve, with large infrastructural changes needing to be made to facilities, production galleries, OB trucks and transmission.”

Broadly speaking, the demands in areas of live production - whether for broadcast or AV - are the same. ProAV has adopted the same cameras, monitoring, routing and distribution, as say, a national broadcaster.

“The difference is when you move into more niche areas of AV such as video conferencing or corporate,” Gosney says. “Then the demands for AV become more defined around user interface and control. Video systems become a communication device and not a production-based technology. Here is where we see more specific product development and integration with other AV vendors.”

Higher resolutions such as 8K have been adopted far more quickly in the proAV space, specifically for applications such as video walls and projection mapping. In the live event space, the ability to have higher resolution content displayed in full quality is hugely beneficial.

“There is a focus on “broadcast quality” which won’t always be interpreted in the same way between different groups,” Gosney says. “While a broadcast engineer might determine this to mean 10bit 4:2:2 video, this may not necessarily resonate with a live AV company, who may define broadcast quality by a specific video resolution, a product feature such as keyers on a switcher, or redundancy for mission critical applications.”

Graham Sharp, Broadcast Pix CEO thinks there’s no real divide between product. “I honestly think it’s marketing. There are many more ProAV users than broadcasters who have 2K and 4K equipment. It may be that a broadcaster is more likely to avoid on-air mistakes, but the amount we now see on network TV in the US, I’m not even sure that is true.”

High-end content demand
Heightened consumer demand for high-end content is a driving force for the overlaps between broadcast and proAV technologies.

“Whether watching a blockbuster film on a mobile device or streaming a virtual event, audiences are accustomed to consuming the largest video resolution formats with deep colour, HDR and the highest fidelity audio,” says Bryce Button, director of product marketing, AJA Video Systems. “This demand roots back to the democratisation of high-end content production and distribution, made possible by IP and advancements in broadcast technologies that simplify affordable capture and delivery of high-resolution content.

“Tablets and affordable UHD HDR HDMI monitors have also raised end user demands,” Button adds. “We live in an age in which you can easily record 4K or even 8K at high frame rates, often with Dolby Vision HDR already integrated.”

The trend towards more open, universal, and interoperable content is not specific to either market. It is also a logical expectation from customers. 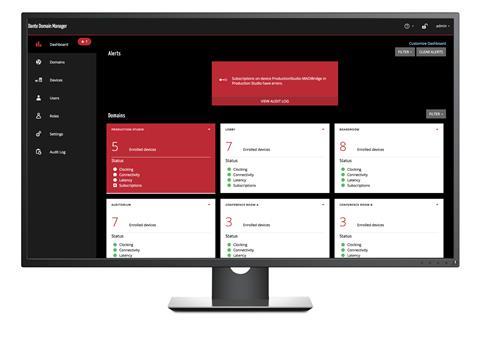 “The abstracted nature of an IP network allows all manner of different devices to communicate on a common platform,” says Kieran Walsh, Director of Application Engineering, EMEA at Audinate. “Interoperability is key. In audio, being able to mix and match different vendor equipment from a variety of different traditional ‘vertical’ markets through a common interoperability platform such as [audio network] Dante, allows for the greatest palette of solutions to the designer.

“Having a unifying technology, allows for greater imagination, and ultimately superior execution of a particular requirement to be realised.”

A use case for the seamless crossover between AV and broadcast can be found in a sports stadium. While one crew is producing the live match for broadcast, another team might be routing elements of the same media to pitch-side screens, VAR, concourse and VIP screens or fan-parks outside. When communication is video one foundation makes sense.

Enter IMPX
Pressure is building on proAV to adopt a single media over IP standard to ensure interoperability and build out AV at scale.

“Taking advantage of the standards work done by SMPTE in the broadcast world and adapting it for the proAV market with discovery protocols and KVM style extension, will allow manufacturers to produce more interoperable products,” says Sid Lobb, head of vision and integrated networks, Creative Technology. “This will offer integrators and AV companies alike much more flexibility in offering solutions.”

From Aquariums to Zoos and everything in between, Broadcast Pix say they are fielding enquiries from all areas of business, education, government and churches trying to communicate with their constituents through streaming video.

“There is a whole generation of users who are not broadcast-trained and they need products that are easy to understand, install and use,” Sharp says.

AIMS began making its case in earnest in 2020. The Alliance’s 100+ backers include Avid, AJA, Sony, Riedel, Leader, Calrec, and Canon many of which sell gear into both camps.

“It may be that a broadcaster is more likely to avoid on-air mistakes, but the amount we now see on network TV in the US, I’m not even sure that is true,” Graham Sharp, Broadcast Pix

IPMX builds on the four years of work that SMPTE has done in battle hardening ST 2110 and added a number of things to meet the requirements of the AV industry.

This includes support for HDMI which is the most ubiquitous signal connector in proAV; digital copy protection with HDCP and the compressed media using JPEG XS.

“An open standard allows vendors to focus their development energy on building more value add and less on reinventing that foundational layer,” says Chiappini. “The installer base benefits because they have multiple choices to create solutions for customers and the customer and benefits because open standards protect against obsolescence.” 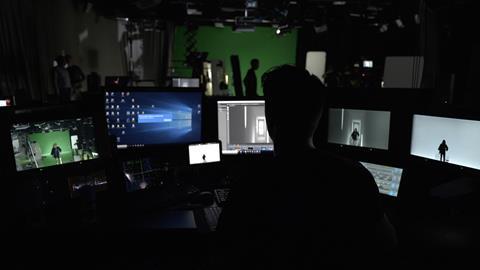 Relaxed timing
In a marked change from ST 2110, IPMX will support asynchronous or relaxed timing.

“2110 is based on a genlocked studio and insists on expensive grandmaster clocks and PTP switches. IPMX does not require these since the vast majority of proAV cases don’t need this level of timing,” he explains. “In proAV I am using set top boxes, Blu-ray players, PCs, digital signage players - all independent of any synchronisation effort. Adding asynchronous support allows us to use standard inexpensive kit to drive all our sources and make integration easier.”

On the roadmap for inclusion in later versions of the IPMX standard is support for highly compressed profiles such as H.264, HEVC and AV1 to enable wireless, second screen and mobile delivery over the public internet.

“There is no way to unlock the full potential of converged alpha-numeric data, live communications, and high-performance proAV media experiences without open standards,” says Recine. “There is no way for proAV to most fully harness new developments like artificial intelligence without volume and scale. The bottom line is that innovation combined with customers seeking to protect and scale and adapt their investments make open standards unstoppable.”

ProAV live and event producers are eager to embrace VR and AR as well as mixed reality applications by working with broadcast and film production technologies to create new applications.

“In these instances, the processing and performance of resolution and colour sampling for keyers or compositional software will match proAV needs from broadcast technical development,” says Gosney. “We’re already seeing incredible development in these technologies which bridge broadcast technology with AV user experiences or engagement.”