The ongoing evolution of innovative cloud PVRs and wireless/IP-based STBs are among the trends rendering this a highly dynamic part of the broadcast market.

The addition of more functionality – including other consumer services – to cloud personal video recorders (PVRs), and the development of cost-effective wireless/IP-based set-top boxes (STBs) could arguably be cited as the headline trends in this area of the broadcast market over the last few years. 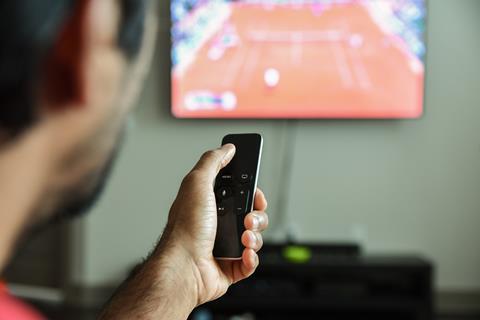 The PVR market is evolving to embrace cloud technology

Looking ahead it seems the future will bring ‘the same, but even more so’, as vendors work hard to differentiate their offers in what remains a competitive sector.

It was in September 2014 that the then-BSkyB (now Sky UK) revealed that it was working on a cloud-based PVR in a move widely perceived as a counter-measure to the growing popularity of cloud-based TV services such as Netflix and Amazon Prime.

Nearly five years on and the number of ‘conventional’ broadcaster-led and streaming PVRs being made available has increased significantly, with service providers working hard to offer additional functionality that helps them stand out from the pack. But it’s important to remember that ‘traditional’ PVRs remain a very important part of the market, particularly in areas affected by content rights issues or broadband service challenges.

On the STB front, innovation is tending to revolve around connectivity such as Bluetooth drivers and wireless/IP functionality that includes incorporation into, and control of, other household and consumer systems. As might be expected, the continued improvement of domestic access to high-speed broadband is a crucial enabler here.

Inside and outside the cloud
One of the leading vendor names in the space is Broadpeak, for which much current activity centres on the Cloud PVR solution. Designed to allow subscribers to watch their favourite TV shows ‘anytime, anywhere, on any device’, Cloud PVR offers features including Cloud Time-shifting, Start Over and Catch-up TV. Subscribers are able to record an unlimited items of content at the same time, and can switch from one screen to another whenever they wish.

Nivedita Nouvel, VP of marketing, confirms that Cloud PVR has been in steady development for more than half-a-decade now, with new features adding regularly to “both maintain and enhance” the platform. “We are always looking to add to its recording capabilities with more and more complex ways of handling,” she confirms. 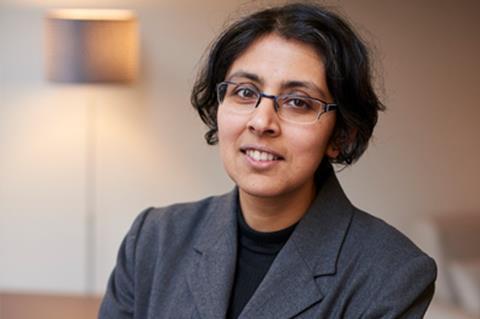 “In the roadmap for this year is to introduce ad replacement, whereby the Cloud PVR user will record a certain item of content, and then when it is read back it will be possible to dynamically customise and personalise the ads that are played within the recorded content.”

Siminn in Iceland, Quickline in Switzerland, Teksavvy in Canada, Partner in Israel, and Andorra are among the service providers to be utilising Broadpeak Cloud PVR at this time. Geographically, Nouvel confirms that interest in Cloud PVR is increasing worldwide, with Europe being a “big focus” and a very healthy level of enquiries in North America too.

Meanwhile, Arris is one of the manufacturers which continues to register strong business in the non-cloud-based space for its various CPE (customer premises equipment) products. (It should be noted that the range has been augmented in recent years by the acquisition of Pace – a deal that was completed in 2016, with Pace now fully integrated into ARRIS and the Pace name no longer being used.)

Anthony Zuyderhoff, SVP and GM international CPE at Arris, confirms that “PVR or HDD solutions continue to be an important contributor to our video CPE offering. [They are] used by some of our largest customers globally, in particular in areas where broadcast infrastructure still does not lend itself well to a cloud-based storage solution, or where content rights issues continue to preclude cloud DVR.

“Video CPE as a general category remains an important and profitable area for Arris. We continue to grow and take share in the international space, with several key wins over the past 18 months.”

Recent product developments include a new segment of devices called Smart Media Device (or SMD), in which Arris intends to capitalise on the growing trend around premium sound, voice control and seamless integration of various consumer services. The capabilities of such solutions may well be a boost for customers looking to de-clutter their living spaces.

“In the roadmap for this year is to introduce ad replacement, whereby the cloud PVR user records a certain item of content, and then when it is read back it will be possible to dynamically customise and personalise ads.” Nivedita Nouvel, Broadpeak

“Integration of Google Assistant and Amazon Alexa, and the growing trend of ‘voice/visual skills’, will enhance the lives of consumers and de-clutter their increasingly complex home environments,” says Zuyderhoff.

Arris is also continuing to invest in a portfolio of Wi-Fi-enabled video CPE, with Zuyderhoff revealing: “We’re now seeing the first availability of Wi-Fi 6 enabled silicon with the latest enhancements coupled with the Arris HomeAssure Wi-Fi solution. Most of our video CPE today are 4K-enabled so the combination of ease of set-up and connectivity, premium sound and premium video with a great user experience means that service providers will continue to ensure leadership in satisfying the steady consumption of video on the primary TV set in the home.”

Utmost flexibility
As Zuyderhoff observes, the last two years have not been without incidence in this area of the market, with “several CPE vendors having either exited or encountered financial difficulties”. As in so many other broadcast segments right now, this trend towards consolidation seems to herald an era in which fewer, larger companies will be dominant – at least for the foreseeable future. But among those who do remain and continue to prosper, the onus will be on delivering maximum flexibility for viewers – wherever they are located, and however they are watching.

Hence, for Broadpeak, there is expected to be continued adoption of its nanoCDN multicast ABR [adaptive bit-rate streaming] solution, which allows service providers to cost-efficiently deal with millions of TV viewers and unpredictable peaks of traffic. “Whatever the number of viewers, the same amount of bandwidth is used over the network,” notes Nouvel. “Apart from the scalability issue it deals with, nanoCDN comes with ultra-low latency and makes live HTTP a good candidate to replace legacy IPTV systems.”

From an Arris perspective, “consumers have a strong expectation to be able to get access to various sources of video content [that is] live, linear and OTT. They’re willing to switch HDMI inputs to get access, but they strongly prefer a seamless and integrated experience where they can search and find the content they want from a single source. This coincides well with service providers’ desire to integrate third party OTT applications such as Prime, Netflix, YouTube and others – offering that choice to consumers in a cost-effective solution with an excellent and intuitive user experience.”

For Arris and many other providers, this will translate to an ever more impressive list of features that augment the core capabilities.

“We’re now layering on premium sound capabilities to go with great 4K content, as well as the ease of search using voice commands and being able to have voice/visual experiences over the largest screen in the home,” concludes Zuyderhoff.