IP facilities: lessons from the frontline

Senior figures from studios, broadcast groups and networks and technology suppliers came together recently to discuss early implementations of IP-based workflows, talk about their successes and learn from their mistakes.

The SMPTE-branded gathering titled ’IP Facilities – The Big Picture’ saw the Joint Task Force on Networked Media (JT-NM) field a who’s who of the founding fathers behind the IT network for media. 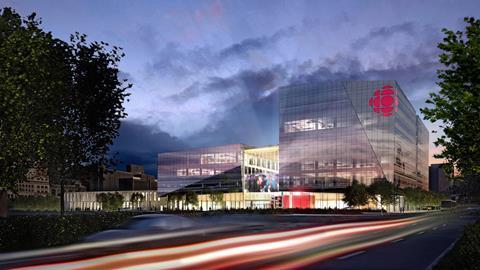 The most frequently uttered terms were ‘2110’ and ‘NMOS’, and the sharpest observation was that IP is a giant wave that the industry just has to ride to escape SDI.

“It is for people who are just getting acquainted with the move to IP infrastructures. We wanted an event where those people who have gone before have a public conversation about their IP experiences,” said Gilmer.

Rayner added: “It is the biggest gathered collective of wisdom we have ever seen in the industry in one place. We acknowledge IP is not a full plug-and-play ecosystem yet, but we are a very long way along the journey to a very mature capability now.”

Barbara Lange, the executive director of SMPTE added: “This is evolution, and these things are never finished. Even after five years there are a lot of people just getting into IP, and they don’t know what they don’t know.”

Setting the scene for discussions, Félix Poulin, director of media architecture with CBC/Radio Canada, started with first publication in 2015 of the JT-NM reference architecture.

“The industry needs to think about this as an IT problem and not a media system problem. This is an IT network for media,” Gordon Castle, Discovery

“It is quite amazing what we’ve learnt since. Once we have the big picture template, we can use it to express a number of use cases or contexts. The total modularity of these sets of technology basically explains why it is very flexible compared to SDI, and this flexibility is necessary to continuously adapt to our quickly evolving business,” said Poulin.

“That’s why in our new building we have chosen the network media approach with 2110 with NMOS,” he added.

The first multi-chat session was about what has gone well, what was not so smooth, and what the future offers. It was jointly chaired by Rayner and Richard Friedel, president of VSF and executive VP of engineering, operations and technology with Fox TV Stations. 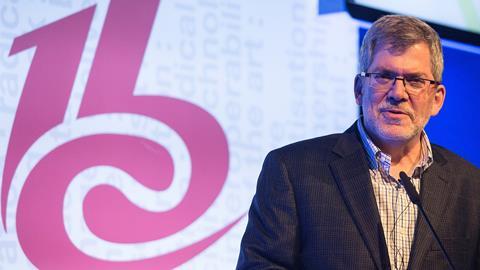 Gordon Castle, SVP of technology and operations with Discovery, struck a chord with all speakers when he said, “The bottom line is that the 2110 essence layer works great. The scale of course is the big enabler for us.

“The ability to utilise and dynamically create virtual combinations of things without physically building – different bandwidths, different frame rates, local and wide areas – has been really enabling for us to utilise the full power of the 2110 infrastructure,” he added.

Other subjects aired in part one included the need to retrain or hire specialist staff, SDI still sits in the midst of much of the IP installations, and in transmission, and that while COTS switches need to be carefully configured for 2110, the problems tend to come from the end points.

Poulin stressed the staffing aspect. “The technology is very strong, but it helped to involve support and production people early in the design and installation. They are the users and need to understand it and have a good feeling about it,” he said.

The concerns element started with the need to leave plenty of time for testing new set ups, and PTP issues. NMOS has matured, but it is interpretations by vendors that sit behind end nodes having different ways of interacting.

Read more How We Built It: CBC’s new Montreal facility

Roger Crothers, senior head of engineering and operations at BBC Wales, noted that broadcast vendors had not understood the importance of the tool sets, but that support for 2110, and interoperability are now better.

“The knowledge amongst systems integrators is better now because there have been more implementations. The biggest issue for us still to this day is a lack of skills in house,” he said.

Jim Beahn, VP of engineering and operations with the Fox stations WTTG/WDCA, added: “We went to the last NAB show and companies were showcasing their 2110 products; when it came to install them, maybe they were 2110 compliant, but they were not the products that we were expecting. A lot of that was the NMOS IS-04 and IS-05 part of the interface.”

Plug-and-play was dismissed as a misnomer by Don Roberts of Sinclair Broadcast. Gordon Castle turned to what is to come. “As an industry we have go to make this work on a smaller scale. We’ve got NMOS and it’s very flexible, but we have to really narrow it down. And there needs to be better ways to report failures; NMOS doesn’t really have a way to report them,” he said.

The whole aspect of having an IP system and managing it like and IP/IT system should be a goal. “The industry needs to think about this as an IT problem and not a media system problem. This is an IT network for media. I would encourage standards groups to take the implementations as case studies, dive in and learn about them, and then prioritise where the work needs to be done,” Castle added.

The session ended with training being the urgent want to do or see. Philip Tudor, principal engineer at BBC R&D, chaired a session called Ongoing Evolution: How standards and specifications work together.

He wanted his speakers to consider what users are looking for in IP systems, and iterating the specs to try and address that.

Karl Paulsen CTO of Diversified Systems opened with the observation, “The major difference in IP (over SDI) is that we have everything here at once. It is just a matter whether the products can be built and delivered in functional form.

“This has changed to a very flexible and dynamic perspective, and a lot of this has been driven by workflow, which was really the ideal of the founding fathers of the IP world,” he added.

Bruce Devlin, SMPTE standards VP, was asked about specs that groups are trying to agree across the industry, and test.

“What we have to really try and do is figure out how we are going to use these systems, and we are going to need different sorts of standards, things like best practices. A lot of them will be metadata, and a lot will be about friction reduction,” he said. 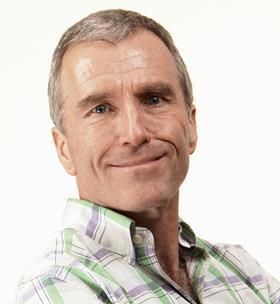 Devlin raised the notion of standards for bits of open source to talk together, and added: “Users want to do radically different things with IP including bidirectional feed, mixed resolutions, and dynamic audio configuration.

”We need more input from the user community on where standardisation is needed, and where proprietary technologies are useful. High-speed, high quality media networks require knowledge of IP technologies, including transport signalling and security, and knowledge of media, synchronisation and quality.

“SMPTE will soon publish its PTP security report that covers issues and mitigations around core timing infrastructure. There is a big need for better awareness and training around IT security in general. In terms of new standards, SMPTE is looking at key operational elements like fast metadata exchange, and PTP monitoring capabilities,” he continued.

A session on how the JT-NM partners can help was topped with what the EBU Live IP Software Toolkit V2 and LIST V2 offers. A collaboratively developed suite of software tools saw the biggest help amongst EBU members come from VRT and CBC/Radio Canada.

“It helps to inspect, measure and visualise the state of IP-based networks and the high bit-bitrate media traffic they carry. These are crucial functions in environments that deliver production capacities based on flexible and scalable IP-based infrastructures,” said Ievgen Kostiukevych, EBU team leader for media over IP and cloud, and JT-NM tested program co-ordinator.

“We have an extensive roadmap that includes planned support for ST 2110-22 with JPEG XS and contribution solutions like SRT and RIST,” he said.

Gilmer added: “The various JT-NM partners have active work underway developing a number of tools that test not only the essence, but timing and the control plane. AMWA has started a pretty elaborate activity in the testing of NMOS controllers.

Kostiukevych also had news of JT-NM Test 2022. Set for the spring, this gives great hope for an in-person tested round compared to the virtual event of 2020.

He said: “We aim to make the JT-NM Tested program as objective, accessible, and repeatable as possible.”

Gilmer said: “Tested events provide a critical service to the industry. It is quite challenging to hold a face-to-face event given the Covid environment, but this has risen to a level of importance such that we need to go ahead and plan for one. If we don’t plan for a face-to-face event, it will never happen.”