Broadcasters go above and beyond to ensure that they schedule enough programmes with subtitling, audio description and signing to exceed the targets of regulators. But how do they cope under the pressure of an audience constantly seeking news and new live experiences? 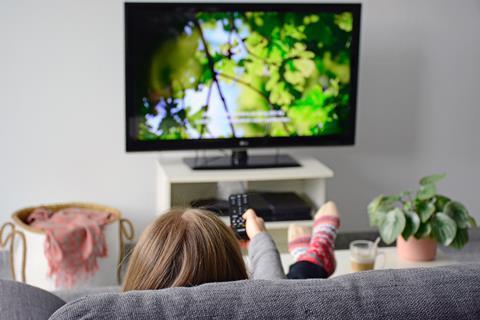 Access services: No longer seen as a regulatory burden

The provision of subtitles, audio description and/or signing for broadcast programming – collectively known as access services – has come a long way since the early days of closed captioned programmes on graveyard slots. The BBC, for example, has provided subtitles on 100% of its programme content broadcast on its main TV channels since 2008 and all major broadcasters in the UK now provide access services on a very large percentage of their output.

“The broadcasters we work with have always been very committed to making their programmes as accessible as possible,” says Louise Seddon, head of global access services operations at Red Bee Media. “Over the period of my career the amount of subtitling, signing and audio description available to audiences has increased hugely, in line both with regulatory targets and with broadcasters’ voluntary commitments beyond those targets. This has been the case across all the countries and languages in which we operate.”

David Padmore, director of accessibility at ITV, also has a long history in access services. “When I started, subtitling was seen as a bit of a niche, philanthropic add-on that the BBC and some other companies were doing, but it wasn’t a core part of TV,” he says. “I think that perception has shifted. Subtitles are no longer seen as a kind of regulatory burden, and more as an essential element of TV.”

Regulation
Targets for accessibility are set by regulatory bodies in each country. For example, in the UK the targets are set by Ofcom, working with viewer groups and government, and published in the Code on Television Access Services.

“The code requires linear channels to achieve 80% subtitling and 5% signing within 10 years of launch and 10% audio description within five years of launch,” says Seddon, though she adds that this is all subject to certain audience share and financial criteria.

“Subtitles are no longer seen as a kind of regulatory burden, and more as an essential element of TV,” David Padmore, ITV

“Broadcasters ensure that they schedule enough programmes with subtitling, audio description and signing to meet these targets,” she adds. “UK broadcasters have to report to Ofcom on this regularly and the data is published every six months. We work very closely with broadcasters on this.”

Seddon says the targets can be best understood as a series of staging posts towards increasingly high levels of accessibility provision and regulators take advice from industry on the best way to move forward.

“We see this globally,” she says. “Ofcom is in regular touch with broadcasters and service providers on regulatory best practice. Likewise, ACMA in Australia, FCC in North America, CRTC in Canada, CSA in France and CNMC in Spain, the main countries in which we operate, all have consultations and dialogue with service providers.” 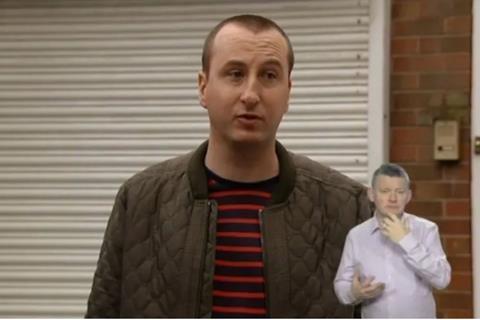 Coronation Street: One of a few programmes on ITV which has BSL

“[Nowadays] we still need people who have a very good grasp of spelling and grammar, but they’re using different techniques now, using speech recognition as a means of creating text,” he says. “We are using automation increasingly to produce text and also to align text and audio, to split text in sensible ways. Automatic speech recognition is playing an increasing role, but it’s not yet at the point where it can operate independently, it still needs a human being to be an editorial interface between that and the viewer.”

Other access services have also advanced. “Our Signpost team based in Gateshead provide British Sign Language (BSL) translation for between 5% and 7% of programmes on the main ITV channels,” says Padmore. “We sign all Coronation Street and Emmerdale, for example, and other programmes as well.”

Then there is audio description, or AD, which has just celebrated its 20th anniversary on UK television. “Most of the main channels in the UK are now delivering 20% audio description,” says Padmore. “That percentage is focused on content which has got a bit of a longer turnaround, on drama, films or documentaries. We need more time: first there’s the creative process of writing the descriptions, using the gaps between the dialogue to fit in as much description of the visuals as you can. After creating the script you then record the individual audio files.

“Live AD is quite difficult because if you’re trying to hit the gaps between the actual commentary or dialogue, when you’re doing it live you’re not quite sure of where that’s going to be,” he continues. “So, effectively, Ofcom exempts live channels, such as BBC News, from audio description targets.”

Going live
Subtitling for broadcast was originally purely a post-production activity. “Originally it was only for recorded programmes until the BBC pioneered live subtitling in the UK; I think Blue Peter was the first live programme that was covered,” says Padmore. “In 2001, we started using speech recognition to generate live subtitles, where somebody listens to the programme and repeats it back into a microphone which is trained to that person’s way of speaking,” he continues. “This ‘respeaking’ is probably the dominant method of generating real-time subtitles now.”

“On ITV, we have programmes like Saturday Night Takeaway, or this week, the Brits is on ITV. For those shows, we work closely with the production team to get hold of scripts and VTs in advance so that as much as possible of the programme can be prepared, because that’s how we ensure the highest quality,” he continues. “For the segments that we just don’t know what’s going to happen like the interviews [or awards speeches], then you’re relying on people doing it live, but having prepared and anticipated as much of the vocabulary as possible so that it’s prepared in advance.”

For live news, subtitlers will often have access to a newsroom system, such as iNews or ENPS. “They’ll be able to prepare the scripted elements of the show beforehand so they’re 100% accurate and there’s no latency on transmission,” says Padmore. “Then it’s just the real-time elements that can’t be prepared which are produced either using respeaking or stenography.” 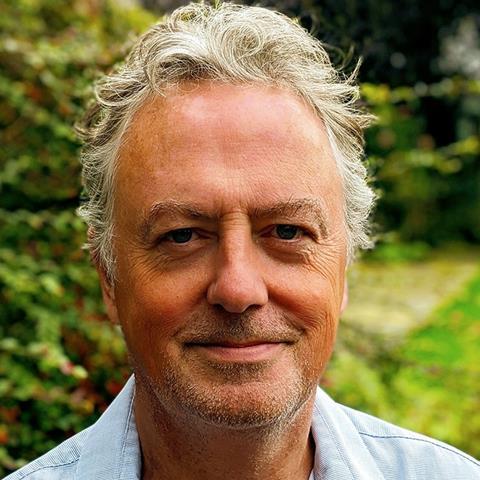 “Every year we subtitle thousands of hours of live news and content to broadcasters around the world, including up to 18 different simultaneous BBC local news bulletins several times a day,” says Seddon. “All of our operations have very good planning methods and scheduling systems to enable us to cover high volumes of live content.”

“The main challenge is ensuring that we have the right people in the right place at the right time to go on air,” she continues. “This means paying a lot of attention to our steady state planning, while allowing enough flexibility to deal with peaks in volumes when we cover programming such as the Senate Estimates in Australia or the Paralympics.

“The delivery situation is never static. In order to be as flexible and resilient as possible we developed our own in-house live subtitling production tool, which makes it easy to share live output across multiple different production teams globally. As an illustration, we have been providing a continuous stream of live subtitles to the BBC News channel, 24-hours a day, since 2008. It is rather like an extraordinarily long relay race with subtitlers passing the baton of live coverage over to each other every 15-30 minutes, night and day. We have just completed our 13th year.”

Currently all ITV access services are set up to be based around home working, which was general practice even before the pandemic. “They’re connected to the network over a VPN, usually monitoring an early audio and video feed of the studio,” says Padmore. “We’re not waiting for that to go through the whole playout chain and come back to us since then our subtitles would be delayed. They’re sending their live subtitle data over the VPN to the gateway infrastructure that we’ve got set up, that goes directly into playout. The live subtitle data is encoded with the video at the playout end and then onwards to distribution.”

“Subtitle data is so tiny that it that it travels very fast,” he continues. “It’s quite common in the UK for live subtitles to be provided by subtitlers in Australia, or the US on occasion.”

“With live news, enabling subtitlers to have access to newsroom running orders is vital, as is the ability to deal with late schedule changes and breaking news,” says Seddon. “With major live events, the key is advance planning. Providing access to the 2016 Paralympics for Channel 4 was a particularly challenging and extremely exciting project for us. We were able to provide live signing, live audio description, hundreds of hours of online subtitling, as well as coverage across the main linear channels. It was the most complex and diverse project we have ever planned and undertaken, balancing both our standard services and innovative methods of delivery.”

“We are currently planning for the Olympics, the Paralympics, the UEFA Euros and Wimbledon,” she adds. 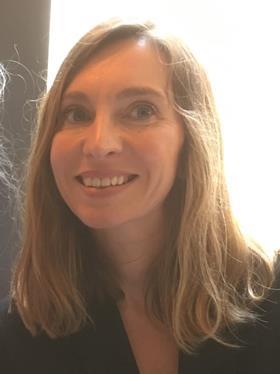 Late delivery
As well as live, access services teams do have to deal with some very late delivering programmes.

“In terms of planned late delivery content, we are able to turn around pre-recorded subtitle files at very short notice for topical pre-recorded programmes such as Gogglebox for Channel 4 and Have I Got News For You for the BBC,” says Seddon.

“If it’s very late, typically we know about it in advance and we can plan for it,” says Padmore. “You then have to split the task up between a number of different subtitlers. Each one will take five or 10 minutes of the programme and then they’ll stitch it together at the end and then deliver it. By working in that way you can get a subtitle file completed from end to end in an hour and still deliver to transmission. If you can fully prepare it, but you haven’t quite got the time to get it to playout, the subtitler will cue out the subtitles live in time with the programme. There’s no loss of accuracy or latency for the viewer. If you haven’t even got time to do that, then you’re at the point where you’ve got to do things live.”

The future
Up until now, regulators have only specified legal targets for linear channels. With on-demand platforms taking a huge share of the audience, the focus on regulating access services is switching to this area of content delivery.

“For non-linear channels, Ofcom has been consulting on an equivalent code and this is expected soon – though large volumes of access services are already provided,” says Seddon. “Different platforms can require any one of a number of different subtitle file formats. We have developed tools to create these various formats from the original broadcast file and deliver the files to the appropriate end points.”

“The main challenge is ensuring that we have the right people in the right place at the right time to go on air,” Louise Seddon, Red Bee Media

“If you want your on-demand service to be watched by the maximum number of people, you have to provide subtitles,” he says. “I think BBC iPlayer reckon that over 25% of views are with subtitles. As far as the ITV Hub is concerned, around 15% are with subtitles, so it’s a significant part of the audience.”

That has changed the industry as well. “Everything we produce for linear, we now create online versions as well. This goes for AD as well,” says Padmore. “Typically we’re still driven by a linear schedule approach, but when we produce subtitles for Coronation Street, we provide a version for the linear channel and a different version for the ITV Hub. So we produce the subtitles once but they then go through a slightly different technical versioning process to get to the different end platforms.”