This year’s MWC event will be remembered for the arrival of 5G, the emergence of foldable devices. And beyond the usual calls for lighter regulation and greater cooperation, the realisation of one smarter converged network is coming to fruition. 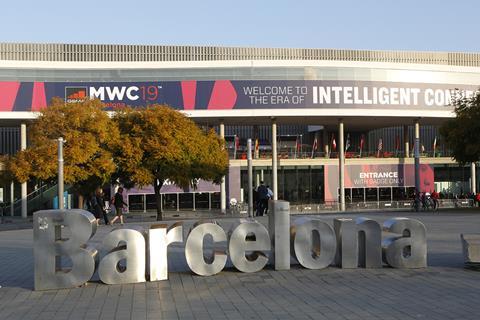 5G is here, but business model remains unproven
This was a major theme of the event. Most, if not all, stands were awash with demonstrations touting the potential of this network technology.

There was a key consistent message from device and network suppliers: 5G is here. To a certain extent, this is true. Yes, there are live networks, and many telcos have committed to launching 5G in selected cities over coming months.

Significantly, MWC will be remembered for the numerous smartphone announcements supporting 5G (see below).

It is apparent that 5G offers telcos plentiful opportunities but the business model remains unproven, especially in the consumer segment. Telcos have no choice but to fork out billions in capex, acquiring spectrum, constructing networks, securing handsets and selling a premium service to consumers with no guaranteed return of investment - particularly when consumers are more than happy with their current 4G service offering.

To be clear, rollout will be limited and handset replacement rates are slowing down. For sure, early adopters will be interested in signing up to 5G services.

But we are still a couple of years away before we see mass market consumer adoption. Expect to see more 5G devices next year and all eyes will be on Apple. With this in mind it is unsurprising to see telcos place greater focus on the enterprise segment.

One vertical that should embrace 5G, is the media industry.

Telefonica demonstrated a 5G connected stadium with FC Barcelona and highlighted the opportunities with 5G remote production for TV.

5G production demo on the Telefonica stand at #MWC19. Uses a single Samsung Galaxy S10 5G plus network kit from Ericsson with production software at the edge pic.twitter.com/9WsoAiTbCE

This builds upon BT Sport’s effort to broadcast the Wembley Cup using remote production over 5G. Meanwhile, Qatari telecom operator Ooredoo is preparing for the 2022 FIFA World Cup by equipping 5G across the country.

Devices galore
Qualcomm is the big winner from this year’s event. The company is at the core of this march towards the realisation of 5G. Companies such as LG, Nubia, Oppo, Samsung, Sony, Xiaomi and ZTE announced 5G devices, all of which have the Snapdragon 855 chipset.

Furthermore, the chipset manufacturer has forged relationships with many telcos around the globe. It will be hard for rivals such as Huawei and Samsung to compete with Qualcomm. For sure, 5G is rolling out far more quickly than 4G. In the future, expect all flagship devices from handset manufacturers to include a 5G variant.

While, it is still early days for this new sub category it does provide consumer electronic manufactures scope to evolve and drive further innovation. There was a lot of interest as it represents the next evolutionary step in mobile design. However, at a cost of around $2,000 it will remain prohibitive for consumers. Content creators should be excited with the arrival of this new category as it provides a new way to engage with users.

Edge takes centre stage
Edge computing is fast emerging as a hot theme for the telco industry. The arrival of 5G is forcing telcos to rethink their current processes which are complex and rely on legacy kit. With more devices that will be connected to the network, this will lead to a proliferation of data traffic. Therefore, edge computing is needed to process and make sense of this data in real-time; it’s all about intelligent connectivity. The move towards digital transformation will allow telcos to benefit from a customer led strategy, greater efficient and new business models. 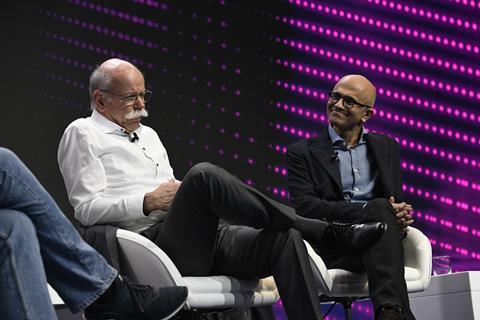 In fact, this was a hugely successful congress for Microsoft which forged a tie-up with AT&T and SingTel, building upon existing relationships with Telefonica and Daimler Chrysler. Microsoft’s Azure is starting to pose a threat to Amazon Web Services.

Immersive brings 5G to life
The biggest announcement in this area came from Microsoft with the HoloLens2. Long overdue, it is a significant improvement on the first iteration, easier to use and so forth. At a price of $3,500, it is targeted at enterprises such as production.

This was underlined by the strong support of partners on stage during the keynote. Announcements with Firefox Reality browser and Unreal Engine 4 reflect Microsoft’s desire to build an open ecosystem of partners. This is encouraging for the consumer segment and a glimpse into Microsoft’s augmented reality strategy. 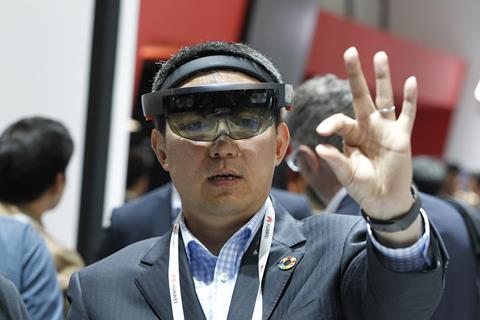 The media and entertainment industries should be excited about the potential to interact and engage with users given the new devices announced. Screens on mobile devices have evolved quite significantly. At this year’s event we saw the first 4K OLED screen on Sony’s Xperia and the first HDR10+ display on Samsung’s Galaxy S10’s Dynamic AMOLED display.

All telcos were showcasing a range of demos on their stands. Here are a few of the standout presentations:

Yours truly unsuccessfully trying to be Spiderman. Awesome multiplayer #VR experience. Shame about the player at #MWC19; collaboration between @Nokia @SonyPicturesVR and @intel #5G #SpidermanFarFromHome pic.twitter.com/sRNIizor8B

Interestingly, all of these demos rely on edge computing to deliver high volumes of data at scale.

5G has been a buzzword for the last few years. While it is here finally, all the interest seemed to be focussed on foldable devices. We are still at an early stage in both 5G networks and devices and foldable smartphones. For telcos, they need to strike the fine delicate balance of investing in networks to ensure that they stay relevant but seek new business models.

The need to co-operate rather than compete was notable at this year’s show as underlined by the demos on stands. A combination of 5G, the cloud powered by AI, computing distributed from the cloud to the edge where data is generated will open up new services.

This in turn will allow telcos to offer rich experiences. The vision for multiplayer and mixed reality content is fast becoming real. And, incredibly, there are already discussions on what 6G might look like.