Broadcasting and film are giving rise to an ever-greater number and diversity of AR experiences. But as David Davies discovers, it could be a few years yet before AR realises its phenomenal commercial potential. 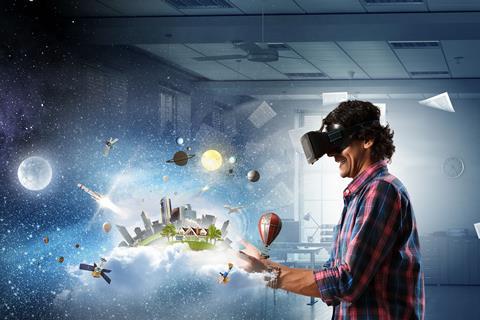 Discussion around the creative and commercial opportunities of augmented reality (AR) has been intensifying for several years now, but 2019 could eventually be seen as the year in which theory began to translate more comprehensively to reality (so to speak). In only the week that this article was compiled there were major AR announcements from social media sites including Instagram and Snap, whilst the remarkable cross-sector reach of AR was further underlined by initiatives covering everything from wayfinding to corporate training.

There has also been a spike in the quantity of film- and TV-related AR content. This encompasses not just headline-making blockbusters – such as Niantic’s work with the Harry Potter franchise (more of which anon) – but also smaller independent productions, such as those screened at Sundance in February in what was an unprecedented showing of short-form AR content.

But if AR is creatively firing on all cylinders, there is reason to suspect that – as Jason Higgins, managing director of UK-based AR specialist Harmony Studios, observes – “it could be a few years yet before the AR market can be said to have reached maturity”.

‘A natural ability to explore’
One characteristic of the AR movement is that many of the experiential creators are applying their talents to multiple fields, including broadcast and media production, theme parks, museums and retail. Harmony Studios certainly typifies this trend, with its recent projects finding it working with various corporations, brands and agencies worldwide.

Higgins offer a succinct summary of a market that is in a nascent, yet swiftly evolving, state. AR is becoming busier and more competitive, he says, and that “goes hand in hand with the technology becoming more accessible, and there being easier ways of delivering it now.”

AR’s development is determined to a large extent by “the audience and its ability to understand and use the technology. So, for instance it is clear that younger audiences [have a strong connection to AR] because they have a natural ability to explore and find out what the digital world can deliver to then. They also have a hunger for searching and locating things that they might be interested in.”

If it is children and young adults who are among the most enthusiastic early adopters of AR, then Higgins suggests it might not be too long before “a mass market” product arrives that enables it to achieve widespread traction. “It might not happen for a few years yet, but that company will be the one to achieve mass popular appeal with AR,” he says.

“I have a feeling that the standard human/computer interaction will look very different in 5-10 years’ time, and that AR will be core to that” Jason Higgins, Harmony Studios

This “pivot point” may occur in tandem with a more profound shift in the way that people interact with devices. “I have a feeling that the standard human/computer interaction will look very different in 5-10 years’ time, and that AR will be core to that,” says Higgins.

‘Bringing consumers closer to content’
While assorted technologists and futurologists may wish to grapple with some of the aforementioned issues, there are plenty of vendors already breaking new ground in developing AR experiences based around film, TV and games. San Francisco-based Niantic – which began as an internal startup within Google before becoming an independent entity in October 2015 – is undoubtedly one of the star players in this regard having developed AR mobile games such as Ingress and Pokémon Go.

Its latest high-profile project is a Harry Potter-themed game, Harry Potter: Wizards Unite, which was co-developed by Niantic and WB Games under the Portkey Games label and has been described as the first real-time synchronised multi-player AR experience. Created with 5G network connectivity in mind, the game – which is now available on the App Store, Google Play and Samsung Galaxy Store – has been developed to provide a comprehensive AR platform that will span applications and sectors.

The extent to which the developers have different applications in mind was underlined earlier this summer when Niantic announced collaborations with AT&T and retail real-estate company Simon Property Group. As a result, there will be interactive AR integrations involving 10,000 AT&T and Cricket Wireless Stores, as well as more than 200 Simon-owned properties, located across the US. 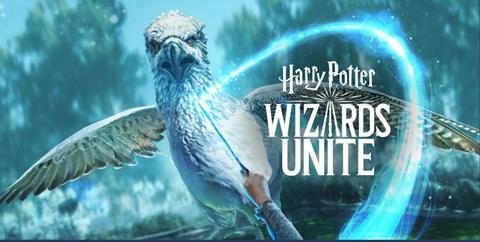 Without question the project underlines the synchronicity that can be established via AR between creative content and the commercial domain. In addition to the possibility of players securing extra rewards during certain time periods at AT&T and Cricket Wireless stores, the tie-up also sees AT&T selling more than 25 exclusive consumer products such as battery packs and fast-chargers.

Not surprisingly, the ability of AR to connect with consumers in a fresh way is picked up on by all of the project stakeholders. Omar Tellez, vice president of strategic partnerships at Niantic, says: “We’re excited to team up with AT&T and Simon to create a variety of custom Harry Potter: Wizards Unite gameplay experiences for players visiting the thousands of retail stores and large-scale shopping destinations around the United States. Real-world games like Harry Potter: Wizards Unite are all about engaging with the world around you, creating new and unique opportunities for players to interact within their neighbourhoods, towns and cities like never before.”

AT&T’s SVP, advertising and creative services, Valerie Vargas, described Niantic and WB Games as “true leaders in augmented reality and real-world mobile gaming”. The partnership enables the company “to continue to bring consumers closer to the content they love. AT&T’s network helps us give Wizards across the country new ways to interact with their most beloved Harry Potter characters.”

‘Visualisation and the biggest value’
Even the most cursory background reading will leave you in no doubt about the current explosion in the number of AR developers; just consider the countless websites and magazines proffering their lists of ‘top ten hottest’ AR startups globally or in a specific country. No doubt a great many of these will fall by the wayside in time – or be amalgamated into larger groups or acquired by global players.

But as Jason Higgins indicates, it is bound to be those companies who can truly harness AR’s inherent, and unrivalled, commercial and creative possibilities who can expect to enjoy the greatest longevity. “First and foremost,” he reflects, “AR is a visualisation technology, and in that sense and in all kinds of sectors – from media and entertainment, to industrial – it can be a very powerful tool. It’s also apparent that it’s where the biggest value exists.”