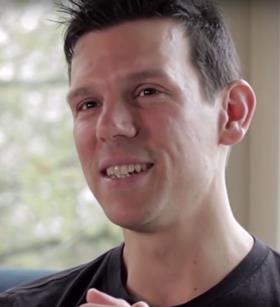 Blackman led the business from a startup to a major force in the provision of software-defined video solutions. Elemental was bought by Amazon in 2015 for $296m, when it became AWS Elemental.

”AWS Elemental has lost a passionate, visionary and humble leader and the world has lost an inspiring human being dedicated to community”

Blackman was also an influential and respected figure in the Portland and Oregon technology, start up and environmental communities.

He was recognised by the Oregon League of Conservation Voters as a Volunteer of the Year, by 1000 Friends of Oregon as one of “35 Innovators Under 35” and by the Portland Business Journal as the most admired CEO in technology and one of forty outstanding leaders under forty.

Blackman was the recipient of the Tom Holce Award for Individual Achievement from the Oregon Entrepreneurs Network and was named startup CEO of the year award by GeekWire.

In 2015, he was also awarded the Oregon Technology Awards Technology Executive of the Year.

Many in the industry are familiar with Sam Blackman and Elemental’s commitment to fundraising through the 4K 4Charity Fun Run, which Elemental launched at IBC in 2014.

It is now a regular fixture at IBC and NAB and also takes place in Elemental’s hometown of Portland.

The series has raised more than $450,000 in gross proceeds for non-profit organisations and attracted nearly 4,000 participants.

This year’s 4k 4Charity Fun Run at IBC will take place on Saturday 16 September. In memory of Sam Blackman a moment of silence will be observed before the run.

She said: ”Sam brought energy, innovation, and jobs to an important and fast growing sector of Oregon’s economy.

“But, more importantly, he did so with a commitment to Oregon’s values.

“As CEO of Elemental and later with Amazon, he led the company to grow financially while engaging civically on issues like education, hunger, and the environment.

“Sam’s approach made Oregonians stronger while helping build the economy that they rely on. My heart is with his family and friends today, and I thank him for the important contributions he made to the entire state.”

In a statement, Elemental said: “AWS Elemental has lost a passionate, visionary and humble leader and the world has lost an inspiring human being dedicated to the community.

“Sam’s spirit will always be at the core of what we do. Sam loved his work, but his greatest love was for his wife and children.

“Our thoughts are with his family and all those he touched on his journey.”

The Blackman family also issued a statement: “Sam died peacefully yesterday surrounded by his loved ones.

“He was a passionate advocate for community service who rallied so many towards a greater good for the environment, hunger, education and inclusion.

“We are thankful to all those who have shared their thoughts and prayers for Sam. We ask that you respect our privacy during this time of grief.”