From an iPhone to an expensive full-frame digital cinema camera, you can shoot a TV show or even a movie on a range of devices. But what do most mainstream productions use? These rental houses reveal all. 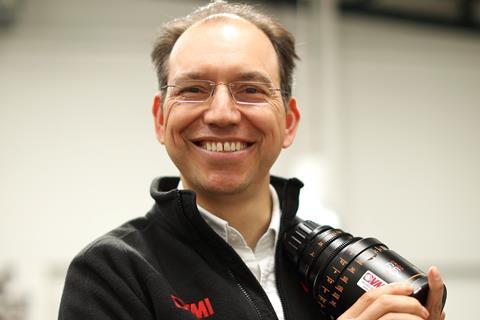 “It is a never-ending quest to make even the driest production look fresh. Trying to do things differently is our clients’ number one request,” particularly as viewers increasingly watch video on phones, tablets and VR.

VMI also has an office in Bristol, the epicentre of the UK – and arguably the world’s - natural history programme making. It is a genre which has very different needs from drama: longer lenses, super slow motion, low light – so it has bought three Phantom 4K high-speed cameras and three Canon ME20F-SH high sensitivity units, as well as robotic sliders for timelapse with pan/tilt and slide, which are increasingly popular, as are probe lenses.

VMI’s standard drama kit now is two cameras with 9-12 prime lenses and two zooms plus wireless links. “The basic equipment package has become much less basic than it used to be,” says Bassett.

Keslow Camera is a major US rental house with multiple branches mainly looking after cinematic-style production for feature films and TV, typically renting out two or three camera packages. 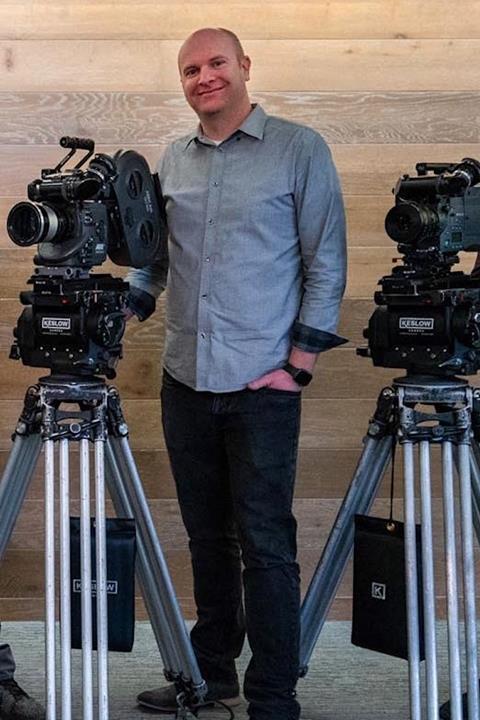 Brad Wilson, Keslow’s VP business development, has been seeing increased use of larger format cameras, such as the Arri Alexa LF, Sony Venice and Red Monstro, mainly for commercials and movies, but also some TV shows, such as Legion for the FX network on the Alexa LF and Apple’s upcoming series Amazing Stories on Venice.

“The most popular camera is still the Alexa Mini across the board. It will be interesting to see if this changes with the Alexa Mini LF. Venice is also picking up a lot of traction,” says Wilson.

Arri is so popular, despite not being able to offer 4K until the Alexa LF, “because Arri makes cameras people like to use, are reliable and have a good workflow,” says Bassett. He is particularly looking forward to the Mini LF, because the Mini is so popular.

VMI also has several Venice units, “which have proven to be a solid workhorse,” he added. “It’s not good enough to bring out a camera with higher resolution and better specs, it has to be a complete package people want to use.”

Sport and entertainment
Creative Technology, which is part of NEP Live Events, recently invested in 20 Panasonic 4K camera channels, a mix of AK-UC3000 and AK-UC4000, which are used regularly for broadcast, corporate, sports and entertainment. “They have been very well received and produce excellent pictures in 4K, HDR and slo-mo workflows,” says Ben Tompsett, head of broadcast. 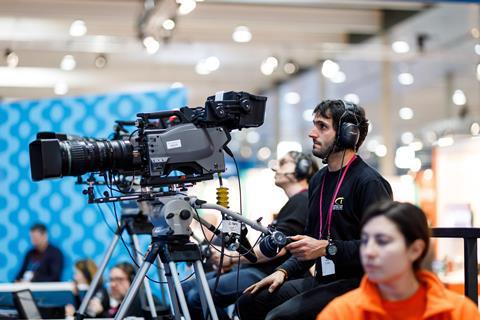 Almost all of its business is with traditional 2/3-inch cameras, “but we do have some requests for cine-style cameras for particular environments, including fan-zone footage at cricket matches and concerts, such as Kylie Minogue at the O2 Arena,” he added.

It often has unusual requests, particularly for music and entertainment, such as specialist RF minicams that can be fitted to the necks of guitars for live output to big screens or pan/tilt/zoom cameras to rise above performers at pianos using the Polecam Autopod. It is regularly asked for PTZ cameras for outdoor use and recently invested in Agile ARC360 PTZ cameras designed for extreme weather, which are proving popular.

“It’s never been as exciting [as now] for people to have as many combinations of lenses, sensors and cameras” to choose from, says Bassett, particularly as they shoot in many different aspect ratios.

Indeed, 18:9 is popular for Amazon and Netflix as it is useful for iPads, square formats are being used for the web and mobile, while portrait mode is used for retail displays.

Productions are also looking to add character with various coated, uncoated and vintage lenses, and VMI has bought a wide selection of lenses from non-mainstream manufacturers, such as Sigma and Tokina’s VistaVision T1.5s.

Most of S+O Media’s cameras are Super35mm sensor models with PL glass (it doesn’t supply 2/3-inch cameras), mainly for commercials, scripted, documentary and entertainment broadcast and the odd feature. The London-based rental company’s consistently busy cameras are the Arri Alexa Mini and Amira. It offers a wide range of lenses and has seen a real boost in popularity recently for vintage lenses like Canon K35s.

Over last 15 years S+O’s clients have split 50:50 between dry hiring equipment and those who want crews and kit supply. On the BBC’s Glow Up: Britain’s Next Make Up Star series, S+O devised camera systems to place behind two-way mirrors that could be used with minimal interference while maintaining the shallow depth of field and beauty look, they were after.

Managing change
In a volatile market, rental houses must adapt quickly, and help their clients adapt too. 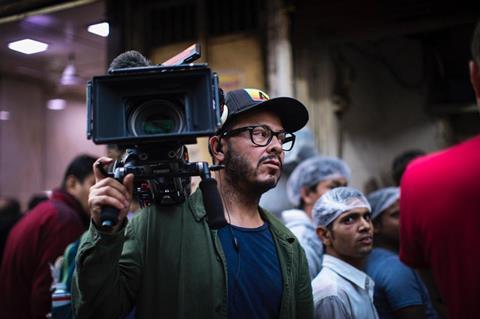 “There has been a huge growth in the supply of lenses and cameras. Ten years ago, everyone bought the same cameras, and everyone hired the same cameras. Now you must make very strategic decisions about what you purchase. Being a DP and a facilities company owner, I have to temper what I buy as it might not be something others want to hire,” says Olly Wiggins, DoP and managing director, S+O Media.

Wilson adds: “Large format is really taking off, so demand for large format lenses has really increased.” However, users still want similar options they are used to from S35 lenses in LF, “and the lens manufacturers are playing catch up” as there isn’t a wide selection yet.

Tompsett’s clients still mainly work in HD “but we have started seeing more and more demand for 4K HDR systems, particularly now that we have an end-to-end solution with LED screens and processors to display it in live events. We see trends towards IP; however, we have chosen a 12G SDI infrastructure for our PPUs as costs for the type of systems we require [in IP] are too high at present. There is also not a wide enough pool of engineers with the correct skillsets, which is a limiting factor,” he says.

“Ten years ago, everyone bought and hired the same cameras. Now you have to make very strategic decisions about what you purchase.” Olly Wiggins, S+O Media

Creative Technology is known for its LED technology and projection mapping, which are increasingly used for broadcast, particularly its 3D Server technologies being used to build 3D environments.

“We’re also seeing IP and fibre networking from the live events industry being utilised in more broadcast applications, especially for large scale events. These network infrastructures are being shared onsite between broadcasters and live event production teams. It helps save money and rig times,” says Tompsett.

Keslow creates custom rigs, often using 3D printing for rapid prototyping to get it right before getting it built in aluminium. A lot of these offer improved power management, adding more power options for all the accessories (like wireless video and focus) that hang off today’s cameras. “We make a lot of custom cages with power outs and monitoring points to aid mounting cameras and rigging,” explains Wilson.

One recent job used a beam splitter, typically used for stereographic production, fitted with three cameras, each with different focal length lenses, “so the subject could have the same eyeline looking down the lens for intercutting between them.”

Production now
“Everyone is looking for something new, even if that new thing is old glass. Resolution is being used for editorial options rather than 4K/8K deliverables. Higher ISO cameras are allowing us to use a lot of LED fixtures which can be run off batteries or domestic electrical supplies, and this is giving cinematographers and productions a huge amount of creative freedom and it can also allow you to work much more efficiently,” says Wiggins.

“On high budget work everything is in place for HDR and Raw workflows, on anything with a TV budget shooting with more than two cameras then 4K can become a difficult option,” he adds. He has seen increased usage of vintage lenses and anamorphic, plus “a sharp increase in the use of diffusion filters across all lenses to try and dirty the image up and provide a real look.” 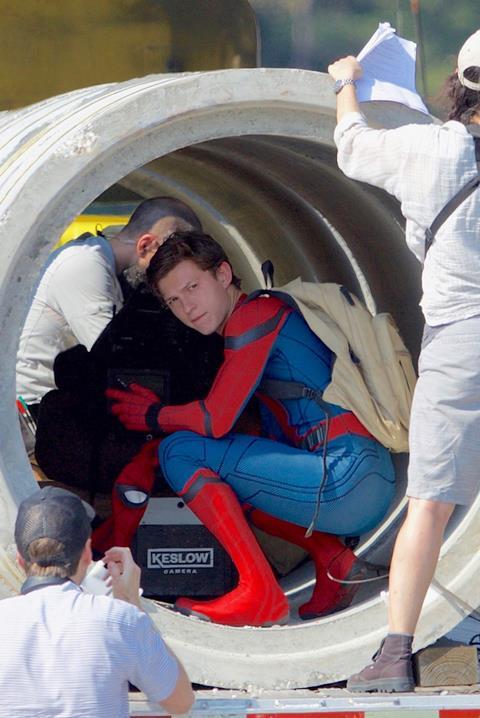 The introduction of higher sensitivity cameras has allowed productions “to spend a lot less on their lighting budget. Less power, less manpower involved, and they can move more nimbly,” says Wilson.

High resolution can also be a good move; David Fincher shot 8K on Netflix’s Mindhunter, so that he could stabilise all the shots in post. “You are shooting at such high resolution you still have enough left over for high resolution output,” he says.

HDR is having a limited impact for US productions, as “it’s still very expensive to monitor HDR on set,” says Wilson. But then if something is shot raw, they can pull all the extra dynamic range out in post for an HDR release, “something we are seeing for some older re-releases.”

Tompsett has had many requests for different HDR formats for recording, which makes it a struggle to select which technologies to invest in. “Hopefully there will be a bit more standardisation soon to help un-muddy the waters,” he says.

Future visions
Bassett believes there is a need for affordable full-frame professional cameras, as there are already plenty of full-frame lenses. However, S35 will probably continue to be the mainstay for drama, particularly with Cook S4 lenses, and he is looking forward to buying Arri’s new S35 4K camera when it comes out next year.

Wilson mentioned that while some cinematographers are looking for even larger sensors, “everyone wants higher sensitivity, higher dynamic range and higher resolution in the smallest possible package.” Manufacturers are slowly moving in those directions, but already “they are pushing the boundaries of what’s possible.”

Tompsett has noticed that technology used in live events and broadcast is colliding after traditionally being very different. “A lot of the workflows used now are very similar,” he says.

“We are enabling broadcasters to see exactly what their production will look like via a VR headset or immersive virtual studio months in advance. This helps reduce any costly mistakes.” Ben Tompsett, Creative Technology

However, for live production, one technology that isn’t there yet is IP control overlay. “It is making selecting IP technologies difficult to work with” live “as it may require changes to be made in multiple places to achieve quite simple results” that we are used to in SDI. There is also a gap in IP workflows for use in live events as most systems are set up for standard 16:9 resolutions. “More often than not, we will require abnormal pixel resolutions for LED and projection systems. IP technologies should enable more flexible workflows,” he says.

“We are enabling broadcasters to see exactly what their production will look like via a VR headset or immersive virtual studio months in advance. This helps reduce any costly mistakes. We are also seeing tremendous interest in our Riedel Bolero wireless communication system. We’ve now invested in around 100 belt packs and see even greater demand in the future,” says Tompsett.

One area Wiggins is passionate about is the environment. “We are trying to improve our environmental impact, from LED RGB lights so we don’t use as many gels, to electric delivery vans and biodegradable plastics for our packaging. There is a lot of waste in our industry and we should all be working to improve what we use and more importantly what we re-use.”