Recent weeks have seen a blizzard of Covid-19 shooting protocols published around the world, with each set of guidelines pored over by the industry to see when and how production might be able to restart. 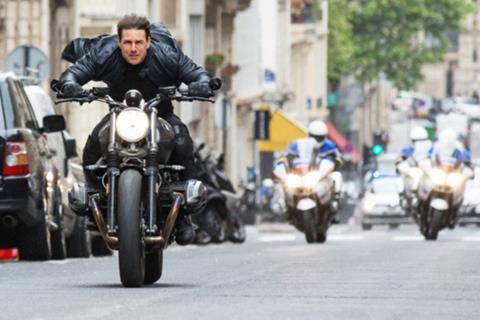 Those are among the safety protocols being recommended by film, TV and commercials organisations the world over as the industry gears up to restart production.

Recent weeks have seen a blizzard of protocols published in each country, with each set of guidelines pored over by the industry to see when and how production might be able to restart – in the process firing the starting gun for the entire supply chain to return to work, from studios through to post, hire and manufacturing.

In the US, the Industry-Wide Labor-Management Safety Committee Task Force – made up of Disney, Netflix, CBS and other top studios, Hollywood’s leading guilds and producers

- has drafted a 22-page “white paper” on shooting during the COVID-19 era, submitting it last week for approval to officials in New York and California.

In the UK, British Film Commission (BFC) has produced its own guidance for the safe shooting of film and high-end TV, which runs to 44 pages.

The Advertising Producers Association (APA), which represents commercials producers, issued its own 14 page guidelines last month. A coalition of UK broadcasters including the BBC, ITV, Sky and Channel 4 also published its own 16 page TV industry guidance in May.

France’s production guilds and unions have also agreed a 40-page set of guidelines for filming during the pandemic, approved by the CCHCST (Central Committee for Hygiene, Security and Working Conditions in the Production of Films, Shorts and Commercials).

“You might dress the set one day, then light it the next day, and then a small unit will go to film the day after.” Steve Davies, Advertising Producers Association

Each set of guidelines is different, but common themes run through each of them. Many recommend reducing the number of people on set; heightening hygiene precautions; avoiding public transport if possible; maintaining two metres of social distance; staggered start times; separating crew into separate cohorts; and encouraging talent to dress themselves where possible.

Time is money
All the guidelines are also likely to make production take longer, and cost more – with many saying that they will add 10-20% to budgets.

The BFC guidance is among the most exhaustive published. It also recommends that all cast and crew should undertake online Covid-19 training before starting on a job, and that cast should be in place for as little time as possible, and should try to avoid performing in a face-to-face position. 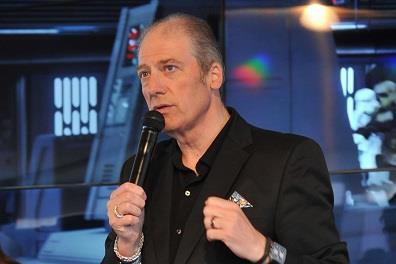 BFC chief executive Adrian Wootton says the publication of its guidance follows the largest consultation exercise with industry it has ever embarked on. He describes the protocols as a “tool or roadmap” for restarting production, and thinks that some film and high end-TV projects may now begin filming in July or August as a result. “We will definitely see shooting…before the end of the summer,” says Wootton.

First, notes Wootton, the industry will have to educate itself about how the guidelines should be applied, with training organisation Screen Skills providing help. Second, productions will have to “start utilising the guidelines to feed into their risk management and pre-planning,” says Wootton.

Soon after the BFC guidelines were published, news emerged that Mission: Impossible 7 was targeting a September restart, having put production on hold in February. The fact that such a major UK-based feature is gearing up again – with its large cast and crew and complex location and studio shoots – is highly significant.

“If we have the protocols in place and we break down all the procedures very carefully…we will get it going again,” Mission: Impossible 7 first assistant director Tommy Gormley told BBC Radio 4’s Today programme last week. “Some things are very challenging such as stunt scenes, crowd scenes etc. but we can’t do a Mission Impossible movie and not have a fight scene or car scenes in it.”

Gormley explained that the movie industry was highly adaptable, and recalled working a few years ago in a giant brewery complex for a Star Trek shoot, where crew had to wear goggles, ear protection and gloves — similar to the PPE kit required for coronavirus.

“Because we were in a food factory, that’s what we did and we didn’t think twice about it…We are incredibly agile and we’re used to working in the most extreme situations in the most extreme locations. We can basically tackle anything if we prepare it carefully enough.”

“We will definitely see shooting…before the end of the summer.” Adrian Wootton, British Film Commission

Meanwhile, the APA’s guidance is shorter – as befits the commercials sector. It overlaps in many areas with the BFC, notably in recommending daily temperature testing and keeping talent on set for as short a time as possible.

Steve Davies, chief executive of the APA, says the aim of the guidelines is to make sure people are safe on set, and also to demonstrate to agencies and advertisers that shoots can be managed responsibly so they can start making commercials.

Davies says most APA commercials producers are currently working on small shoots only, and that projects are currently taking longer to make – which is adding to cost.  “We see a sort of pattern with the smaller productions where you might need the location and the people for longer. You might dress the set one day, then light it the next day, and then a small unit will go to film the day after.” PPE is also adding to costs.

“You might have a smaller crew which could potentially present some savings but overall we see this as increasing budgets,” says Davies.

Meanwhile, the UK’s broadcaster guidelines – which span every genre of TV – pick out six key areas that producers must take into account before shooting, including specifically considering people at higher risk of harm, and the mental health and wellbeing of cast and crew. 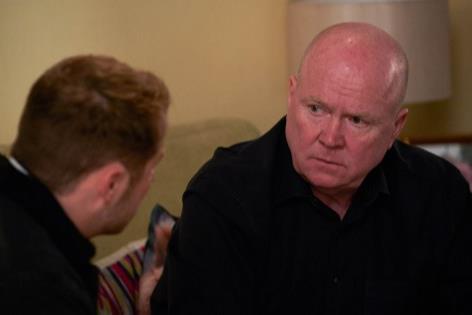 Eastenders: To begin filming this month with social distancing measures in place

Slow return to production
Their publication comes as broadcasters including the BBC and Channel 5 are slowly restarting production. EastEnders and Top Gear are due to start filming this month, while shows such as Have I Got News For You, Strictly Come Dancing and The Graham Norton Show are aiming to head back to studios in the autumn.

For now, social distancing rules mean that actors can’t work in close proximity, so scripts will have to be adjusted or VFX or camera solutions will have to be applied to make them appear so. “Some things are going to have to be worked around by technology until the guidance changes or there’s a vaccine,” says Wootton. He notes that the BFC’s guidance will be updated weekly, and amended whenever government guidelines change.

For major productions, the inability to insure against Covid-19 is also stalling decisions to restart. To help break the deadlock, the industry is currently lobbying government to provide a fund which could be relied upon in cases where a coronavirus outbreak halts production on feature films or TV series.

Meanwhile, of the most straightforward set of guidelines are those produced by industry organisation the European Producers Club (EPC), which has published a set of eight simple rules for post-lockdown shooting that it says will protect cast and crew from coronavirus but not overburden the production process.

The EPC – made up of 130 producers across Europe and Canada - says the rules’ main aim is to protect casts and crews from the disease while getting in the way of the production process as little as possible.

It is worth spelling out the EPC’s eight measures as they quite neatly encapsulate what productions around the world will have to get used to in coming months:

1. Social distancing. Everyone on set needs to respect social distancing as far as possible on set, with at least two metres apart strongly recommended. Specific protocols should be in place for each production.

2. Self-Assesment. Everyone on set is responsible for the self-assessment of their vulnerability to the virus and must immediately report to the Designated Person any symptoms of or exposure to COVID-19 which could compromise the shoot.

4. Sanitiser and Disinfecting. Hand sanitisers need to be in place at every entrance to the set, location and production office. Regular hand washing is essential. All equipment, surfaces, products and materials being used on set should be disinfected/cleaned before use.

5. Masks. Specialist face masks should be worn by everyone and changed as prescribed. Only actors and extras are exempt from this and only then when in front of the camera.

6. Training. All members of the crew and cast must undertake a training session on the rules to be implemented on set during the shooting as a way to ensure their compliance.

7. Designated Person On Set Responsible. There should be a designated person on set, responsible for upholding the health and safety measures on that set.

8. Antigenic Tests. Subject to the availability of antigen tests that provide rapid results within hours with confirmed reliability, their use should be considered.