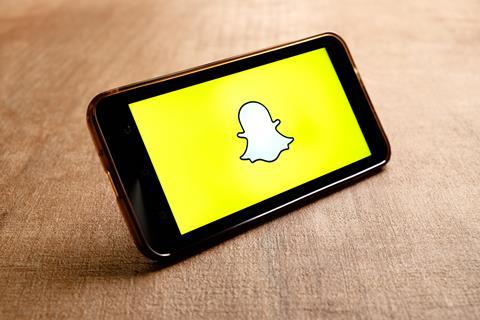 Celebrities and influencers will begin airing short-form programmes on Snapchat in a move to extend audience engagement and monetise video content.

Snapchat is rolling out Creator Shows on its Discover page next Wednesday where the initiative is expected to provide popular content creators an opportunity to gain revenue through Snapchat, similar to YouTube’s business model.

Snap will provide a revenue share of advertising for Creators Shows but has not disclosed the terms of the partnership.

Variety reported Snapchat’s standard deal with media companies is to share 50% of revenue generated, although that can vary, with both Snap Ads and Commercials set to appear in Creator Shows.

Schwarzenegger, Williams and Kevin Hart are among those celebrities who will feature in the short-form, vertical-video content with partnership support from digital studios including Brat, BroadbandTV and Studio71.

According to Snap, over the last year, the time spent watching shows on Snapchat every day has more than tripled. But the company has yet to disclose the audience viewing time or other related metrics.

Singer and YouTube personality Loren Gray said in a statement: “Having the opportunity to convey the importance of confidence through my passion for makeup with the Snapchat community has been an amazing experience.”

The move is part of broader efforts to capitalise on revenue from advertisers and audiences to spend money on the Snap channel before traditional broadcasters.

Snap also announced plans for a Wednesday roll out of Highlights for Official Accounts, which activate a collection of photo and video content that creators can add to their profile from their Snap Stories or camera roll.

Snap recently launched its first Scripted Comedy Creator Initiative, a program designed to inspire the best up-and-coming comedy writers, performers and directors to imagine what sitcoms should look like for a mobile audience.

The company received hundreds of submissions and selected a group of creators to experiment with the mobile format and storytelling to produce a new type of comedy show.

The comedy shows include sitcoms, mockumentaries and animation, with each episode 3-5 minutes in length and a season averaging 8-10 episodes, which are set to air later this year.