The scourge of piracy and 5G’s ‘killer app’

IBC2018: With content hailed as the ‘killer app’ for 5G, further consolidation between telcos and media firms is inevitable, attendees of the Telco & Media Innovation Forum were told. 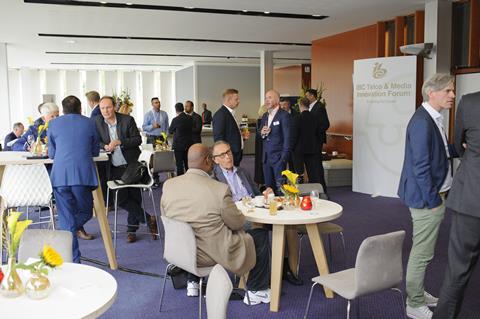 Dr Peled, chairman of Synamedia, the upcoming spin-off from Cisco, told the IBC Telco & Media Innovation Forum that “streaming piracy is a scourge.”

There was a potentially serious collision on the way as the media industries increased their spending on original content fivefold while at the same time making it easier for pirates to strike by streaming IP.

The former NDS executive who has been involved in the fight against piracy for much of his career, told the Forum that pirates could now buy the equipment needed to capture and redistribute a channel illegally for $500.

The pirates, he added, always followed where the money was.

Fighting piracy will be one of the tasks undertaken by Synamedia. Dr Peled said the aim would be to track piracy back to its original source using a cyber security technology approach to the problem.

Synamedia’s main task would be to create a much more user friendly experience for viewers amid the continuing explosion of choice through SVOD.

“If people don’t know about a programme they won’t find it,” said Peled, who added there was still a lot to be said for traditional marketing of television programmes, including word of mouth, rather than relying on algorithms or previous viewing patterns.

The software company, whose name was formally launched two weeks ago, would also seek to improve revenues of its customers by further developing targeted advertising along the lines of the Sky group’s Adsmart venture.

For Peled, the viewer just wants to find a great show and he poked fun at those who think most viewers want to engage in complicated searches.

Such people, he said, “lived in caves in Silicon Valley and never watched TV.”

The killer app
Earlier in the session, further consolidation was predicted in the communications sector with more telcos buying up content companies, in the wake of the AT&T - Time Warner deal.

Consolidation “is just inevitable” a leading multi-national television producer forecast, and in fact content would be “the killer app” For the launch of 5G.

Everyone in the telco business was looking for great content as an essential component of helping to fund the expensive roll-out of 5G.

The days of “the grandfather” telephone company were far gone, according to a senior executive from a software company, and now it was not unusual to see telco executives agonising over script analysis - trying to crack the conundrum of which scripts would play best with their customers.

The IBC executive forums are conducted under Chatham House rules which means that individual speakers cannot be identified unless they want to be. 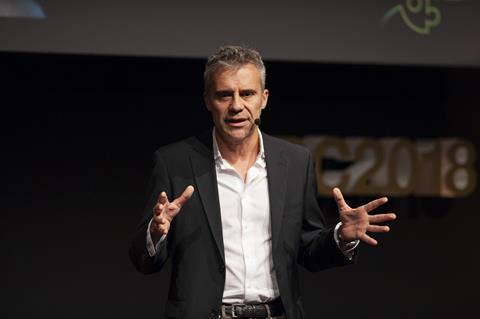 One of those happy to speak on the record was Domingo Corral Lopez, Director of Original Content for Movistar, the content division of Spanish multi-national telco and broadband operator, Telefonica.

He had a dramatic story to tell about how producing exclusive, local, original content- 11 new scripted programmes would be launched this season- had been “critical” for differentiating the company’s communications offering.

It had helped, he said, to retain existing customers, add new ones in a highly competitive market and increase revenue per subscriber.

Last season Movistars’ top four programmes, which included The Plague which has sold around the world, had performed better with Telefonica customers than international hits such as Game of Thrones or The Walking Dead.

Domingo Corral Lopez admitted that taking on the likes of Netflix and the social media giants was a difficult thing to do.

His approach was to be prepared to take creative risks and be seen as friendly to producers.

“We give them the freedom, the resources and responsibility to produce their best work,” the Movistar executive said.

But was Telefonica now a telco or a media company Domingo Corral Lopez was asked?

Maybe it should just be called a digital company he replied.