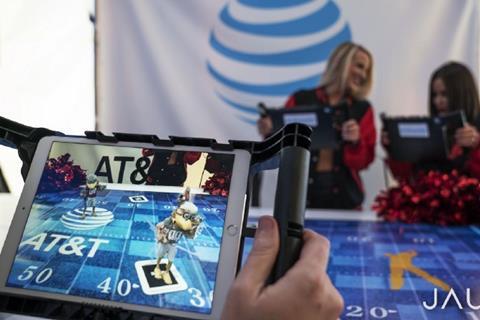 US telco Verizon Communications has agreed to purchase the software, technology and a number of other assets from immersive technology company Jaunt XR.

Jaunt, which was launched in 2013 as a virtual reality start-up, announced the agreement today, although it drew short of saying Verizon is actually acquiring the company.

The sale fee was not disclosed, but according to several reports, the deal will see Verizon pick up “all” of Jaunt’s software and technology, although it is unclear if this includes the company’s patent portfolio.

“We are thrilled with Verizon’s acquisition of Jaunt’s technology,” said Mitzi Reaugh, president and chief executive of Jaunt XR.

“The Jaunt team has built leading-edge software and we are excited for its next chapter with Verizon.”

Jaunt established a foothold in VR technology by developing hardware – including a 3D camera – and software, tools, and apps that allow companies to create VR content.

The company also raised over $100 million in funding from the likes of Google, Disney and Redpoint Ventures and launched a content library that offered an extensive library of VR video content, including Doug Liman’s VR miniseries Invisible.

In 2018, the company announced a major restructure as well as a significant strategy pivot to focus on developing technology that could create augmented reality content on a large scale.

Jaunt did not indicate what its future plans are once the sale is complete, only saying the company would assist Verizon with the transition.

For Verizon, the agreement comes not long after the company scaled back its media ambitions, which included a decision to lay off around 7% of its media workforce in January. This followed the company’s acquisition of Yahoo which led to a $4.6 billion write-down on the media arm.

However, Verizon is not new to AR and VR content production. As part of its acquisition of AOL, it acquired VR video company RYOT, which helped develop an augmented reality advertising system.