Better graphics in real-time, auto-scaled to multiple formats is the promise. 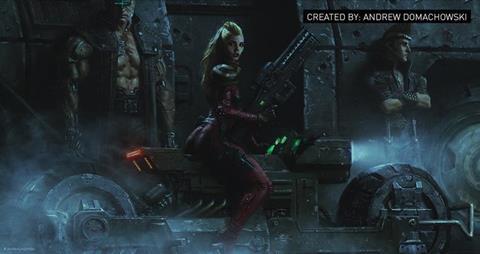 The central aim is to enable production teams to work with Epic Games’ Unreal Engine in a broadcast environment more easily and seamlessly. Viz Engine 5 will be publicly available from September 2022.

One of the key new features - adaptive graphics - automatically adjusts resolution, format, and layout to suit different device displays, a move that cuts down on workflow complexity. It also means that broadcasters can seamlessly target vertical video formats such as TikTok with popular content without needing to manually recreate graphics.

“Producing for multiple platforms and using multiple virtual graphics techniques have both meant inefficiency and inconvenience, until now. With Viz Engine 5 we have turned pain into possibility, releasing a whole new world of opportunity for our customers,” said Gerhard Lang, CTO at Vizrt in a press statement.

Viz Engine 5’s revamped integration with Unreal Engine offers virtual graphic designers the ability to create large-scale virtual environments, blended with detail-rich interiors and objects as well as data-driven graphics from the Viz Engine. The blending of the two render paths into a single graphics workflow will be particularly useful in real-time broadcast situations, such as sport or news coverage.

Vizrt has also reworked the clip playback experience in Viz Engine 5, added a set of HDR workflows, video I/O that caters to all relevant formats, empowered PBR import capabilities, and several other features and benefits focused on streamlining live production workflows for broadcasters, according to the company.