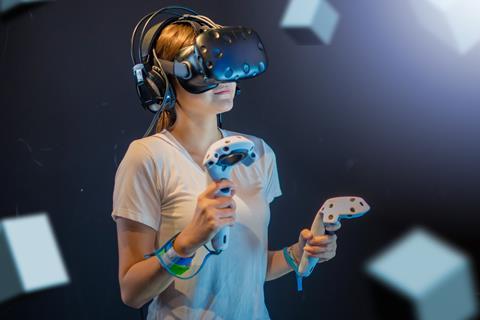 Next-gen devices: Console VR to grow further in 2020 as more products launch on the market

The virtual reality headset market saw 5% growth in 2019, despite a slowing of sales according to research from Futuresource Consulting.

“This shift in fortunes is primarily due to a change in market direction. Vendors are focusing on providing a high quality six degree of freedom (DoF) experience, rather than the standard 3DoF interface which was responsible for the rapid mobile and AIO growth of 2017.”

The decline in mobile VR and the modest growth in AIO was offset by growth in PC and console VR, such as the PlayStation VR. PC VR saw 4.1 million shipments in 2019, while console VR is also set for a boom in 2020, with Sony set to launch its PlayStation 5 console later this year.

Futuresource said that VR market should continue to be optimistic despite a delay in reaching the levels predicted at the start of 2019. This is because the firm’s research suggests a delay in uptake, rather than a market reversal.

“Although price and content availability remain the largest inhibitors to widespread consumer adoption of VR, we are seeing signs of progress,” says Manning Smith.

“Technological achievements like inside-out tracking, hand tracking, field of view and resolution milestones suggest that this technology is leaving its nascent stage and will be commercially viable within the next five years.”

At CES in Las Vegas this week, there has been a number of VR announcements. Panasonic, for example, unveiled what it claims is the world’s first ultra HD VR eyeglasses.

Also, chipmakers such as Intel and Nvidia have revealed new chipsets aimed at supporting virtual reality.

By using AI to combine multiple camera angles into a frame, Intel showed how it can drive augmented video experiences that are similar to how VR works, but without the goggles.

Meanwhile, Nvidia announced a new driver for its GeForce chipset that introduces Variable Rate Supersampling (VRSS) for Virtual Reality. This changes the way a VR headset tackles shading, creating a mid-range option between running without any kind of supersampling, and using relatively expensive full screen supersampling.