US and France agree deal on digital tax 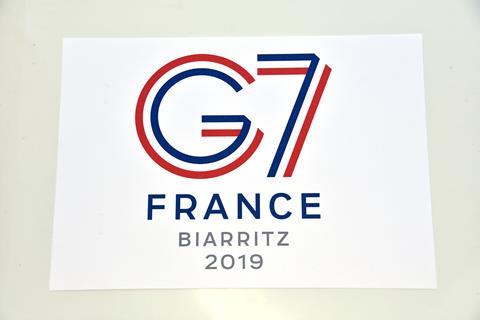 Silicon Valley technology giants will face taxation after the US and French Presidents struck a deal during the G7 Summit.

Under the deal, France will abolish its 3% digital tax once a new international taxation agreement is reached, which is expected to be ready by 2020.

French President Emmanuel Macron delivered a joint press conference with US President Donald Trump in Biarritz, south-west France yesterday on the third day of the annual G7 Summit, admitting there had been “a lot of nervousness” about the new tax on technology firms.

The topic has caused long-standing tension between the two countries with the US threatening to retaliate against the French imposed digital tax with a tariff on French wine.

Macron said: “We’ve done a lot a work on a bilateral basis, we have a deal to overcome the difficulties between us.”

Google, Amazon, Facebook and Apple (GAFA) are among the 30 major companies targeted, with the tax applying to those with revenues of more than $830 million accumulated from “digital activities.”

Under current European law, American tax giants can declare profits from across the bloc in a single jurisdiction - in most cases these are low-tax jurisdictions such as Ireland or the Netherlands.

While the French tax targets local sales rather than profits, it has drawn accusations of discrimination from the likes of GAFA.

The new deal will see French tax authorities look at how much companies paid in French digital taxes and how much they would have paid under the new terms of the international formula, which is not yet decided, the French Economy Minister Bruno Le Maire told AFP.

He said: “Everything that is paid in excess compared to the international solution will be credited to the company.”

The UK has also announced plans for a tax on tech giants, after they were accused of exploiting fiscal rules to sharply cut their tax bills despite soaring profits.

Ahead of speaking with Trump at the G7 Summit, British Prime Minister Boris Johnson said: “We must do something to tax fairly and properly the online businesses that have such colossal sales in our country.”

Last month, Johnson warned the technology industry that resolving Brexit needs to be a priority as a way of enabling and promoting digital innovation.

During his acceptance speech he said: “Digital innovation is driving a fourth industrial revolution and that holds huge opportunities for the UK to increase its productivity and create high-skill, high-wage economy that the PM aspires to. Technology also holds the key to solve some of the greatest challenges we are facing.”