Technology road maps can be notoriously vague. Prior to taking solutions to market, vendors which pour huge sums of money into R&D tread a fine line between revealing too much while speaking with assurance about their ability to stay one step ahead of the market.

For broadcasters, the current climate of intense competition and seismic technology shifts mean keeping up with the twists and turns of the tech and telco sectors has never been more important. 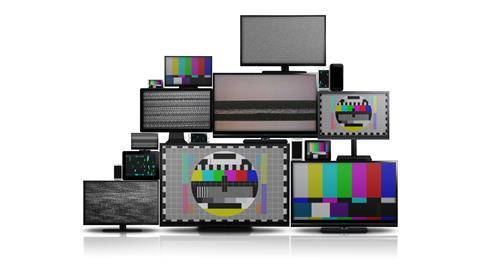 There are several big technology themes which are or should be occupying the minds of broadcast CTOs.

Among the most important are new networking technologies such as software defined networking (SDN) and network function virtualisation (NFV). Blockchain development are gathering pace with new services, platforms and pilot projects, and there is the continued development of the Internet of Things (IoT).

The ‘software defined’ phrase has been applied to everything from storage technologies to the operation of entire data centres and there are significant developments in both for the broadcast industry.

But it is in networking that there has arguably been the greatest developments as Tier 1 telco companies and IT networking giants have directed large R&D efforts to SDN and NFV and are rolling out solutions at scale.

The reason SDN should be of interest to broadcast CTOs is that the ‘software definition’ separates the networking infrastructure plane from the data plane – the information travelling across the network - with obvious traffic management benefits.

As with all things networking we start with the protocols. A key element of SDN is Openflow.

OpenFlow is an open, standards-based communications protocol. OpenFlow provides access to the forwarding plane of a network switch or router, facilitating more sophisticated traffic management. The OpenFlow protocol is standardized and managed by the Open Networking Foundation (ONF), whose mission also includes the promotion of SDN technologies as a whole. The ONF is a body of 200 members which develops networking protocols.

On the vendor side one firm that has readied large scale SDN solutions is BT. 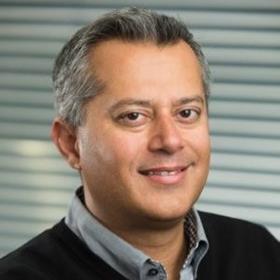 In a proof of concept earlier this year we showed very clearly how collapsing the hierarchy of the network using SDN drives efficiencies for broadcast, he says.

“Given the high throughput in broadcast and for areas like live and real time the trend is towards specific solutions. It is important to have an orchestration layer which can manage the networking, not only knowing which traffic is going where but also to be able to change routes and make the distribution more efficient,” says Hanif.

In networking layer terms there are two very different worlds in IP networks and hardened optical networks and to date this has meant a relatively slow adoption of IP networking. But Hanif expects the slow shift (to date) to IP networks to accelerate rapidly thanks to the SDN solutions available.

“The use of standardised IP systems to manage the traffic will start to happen more. Optical networking and IP networking are very different worlds and this has led to slower adoption but in the next 18 months to two years we will see large commercial deployments in broadcast distribution.

”Some will be pioneers and are planning more aggressive roll outs than others. But very large roll outs are inevitable. We have reached the point where we in the labs can say to the media wholesale teams in BT – the teams who are taking SDN solutions to market – that very large scale roll outs are possible and the benefits are obvious.”

In June this year BT announced an SDN proof of concept for broadcasters saying it will demonstrate how multiple HD uncompressed video flows can be transported across a SDN through to a production studio via high-bandwidth network pipes.

Benefits cited included remote capture of live footage allowing broadcasters the opportunity to cover events without needing to send multiple camera crews. It said the technology will allow broadcasters increased flexibility, with the ability to change the format of footage at the touch of a button as it passes across the infrastructure.

BT is using equipment and software provided by Nevion and Cisco for this specific piece of research. Nevion’s media nodes encapsulate raw video into the desired format before transmitting it over the IP network which is built using Cisco switches. The core SDN technology is provided by Cisco, with Nevion’s VideoIPath software providing the SDN management and orchestration.

Mark Wilson-Dunn, vice president of BT Media & Broadcast, said: “This is a really exciting development for our researchers, as we continuously look to innovate and upgrade our broadcast networks, which carry footage all over the world. We’re keen to explore how a broadcast infrastructure based on true SDN and related technologies could potentially allow us to build a brand new next generation and multi-tenanted global network.”

In availability terms NFV will involve a different roll out path and adoption curve. BT, through the efforts of people such as Peter Willis, was instrumental in the first NFV developments. Yet BT, says Hanif, is careful not to over hype the readiness of technologies such as NFV

Again he says, the benefits of NFV are clear and inevitable. Customers who wish to dip their toe into NFV are doing so through hosting services provided through BT data centres. These benefits include network robustness, functionality, management and performance.

But Hanif believes the real upswing in NFV deployment will come through 5G.

Hanif says expect new market entrants to be rolling NFV based solutions and services in preparation for the large scale 5G roll outs which will begin in 2019 and beyond.

This year has seen Blockchain services being announced offering monetisation of content through better targeted advertising and faster and more efficient payments for content owners and licensees.

But there is much more to come.

Peter Guglielmino, CTO Global Media Entertainment at IBM believes Blockchain has the potential to shake up the broadcast media and entertainment industry business models from everything from rights and licensing contracts to ad sales and lots more besides.

Read more Can blockchain deliver for the media industry?

New value chains will be created which have the potential to shift power to creatives, disintermediate middlemen and also give content owners greater monetary returns, he says.

Today he says there are lots of people taking chunks of revenue in different parts of the advertising chain.

“[For advertising] We’re putting an infrastructure in place to provide the value chain and use Blockchain to manage process flow from purchase, delivery of ad and revenue distribution.”

But it is not just in ad revenue that Blockchain has the potential for changing how BME works.

He says in the production workflow Blockchain can be used for identity management and licensing.

“By using smart contracts and cryptographic keys the production company can see who is touching the content, who is changing it. And those working on the production can clearly see whether they have the rights to change content. It provides a transparent ledger and everyone sees the same version of the truth.”

Security is another aspect. “If I want to ensure there is no leakage of my content during the production using Blockchain I can track to who and where it is going. I can back trace and find if there was a security breach. These are all important use cases and there will be many more to come in rights, ad management and revenue and production, says Guigielmino.

Pilot projects are exploring rights management, performing rights payments with talk of potential for creatives to shake up the business models by using Blockchain to track consumption and payments rights from the point of creation across all digital distribution paths.

On the advertising front Comcast, Gravity 4 and MetaX have signed alliances and or are pushing Blockchain built advertising technologies.

Comcast in the US announced its Blockchain Insights Platform with broadcast participants including Disney, Altice USA, Channel 4 UK and Cox Communications will be able to match their individual data sets to target audiences across IPTV (Internet protocol) and OTT (over the top) services.protocol) and OTT (over the top) services.

Its objective is to build better multi screen ad planning and monetisation through information exchange of non-personalised data for providing addressable advertising.

Comcast says advertisers and programmers will have the advantage to match data sets more effectively to construct and execute media plans based upon custom audience segments. This precise distribution of ad content will improve results from pay-tv customers and stream tv users.

For CTOs (chief technology officers) this has the potential to change company strategy with the increased value and quantity in monetized inventory. Consumer privacy would remain in a designated system in which the participant’s data provides encryption technology and management layers that result in communication between participants yet not direct access to each other’s data.

“There is a tremendous opportunity to utilize Blockchain technology to create efficiencies within the ad tech industry. As technological awareness of Blockchain continues to increase, every sector of business stands a chance to be disrupted,” said Gravity4 founder and chief executive officer, Gurbaksh Chahal.

The BBC R&D department is experimenting with methods in which network connected digital objects can provide intuitive access for audiences to view, discover, control and share content.

Nokia announced its CDP (connected device platform) to cut OPEX and TCO for device management. The platform is designed to deliver IoT customer experiences to mobile and home devices which manages the connected devices. The CDP provides lower device-related operations with marketing to enable on-board devices to receive faster services.

IBC2017: C-Tech Forum: 5G The keynote address at the C-Tech Forum will be delivered by Mansoor Hanif