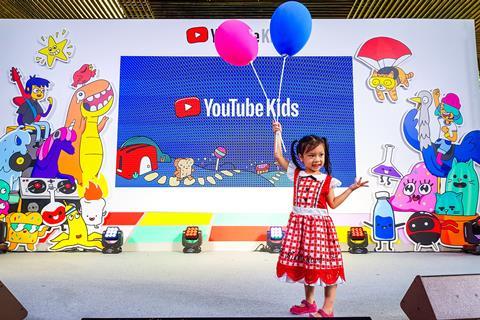 YouTube is in the final stages of implementing plans to end “targeted” advertisements on video for children, according to reports.

The Google-owned video service has come under fire despite its best efforts claiming its primary site is not for children, pointing to its YouTube Kids app, which does not include targeted ads. Children’s content on YouTube’s main site has billions of viewers and is interlaced with graphic and inappropriate advertising.

According to a report by Bloomberg, “getting rid of targeted ads on children’s content could hit Google’s bottom line but this solution would be far less expensive than other potential remedies that aim to placate regulators.”

The US Federal Trade Commission (FTC) is currently investigating if YouTube has breached the Children’s Online Privacy Protection Act (COPPA) that imposes certain requirements on operators of websites and online services banning the collection of personal information of children under 13 years of age.

Last month the FTC reached a settlement with Google over the YouTube allegations, but it has not disclosed the terms of the agreement.

YouTube’s revenue from children’s media has an estimated value between $500 and $750 million a year, according to Loup Ventures research firm.

While it is not clear the planned targeted advertising changes are directly linked to the regulator’s query it’s certainly a move to satisfy them, though the video giant could “immediately dent ad sales.”

Sources close to the discussion have claimed the plans to end targeted ads is “to satisfy regulators” and mitigate a possible multimillion dollar fine from the FTC, Bloomberg said. Both YouTube and the FTC declined to make comment.

The collection of information about the viewer fuels targeted or “behavioural” advertising and since COPPA essentially bans this for viewers under 13 years of age without parental permission, the business model for YouTube could need to be revised.

In July 2018, a coalition of 23 advocacy groups made a complaint to the FTC that YouTube allegedly collected data on children’s video viewing in an illegal manner.

A study by the Pew Research Centre released last month analysed English-language YouTube videos from the platform’s largest channels during the first week of January 2019 and found that videos featuring a children who appeared to be under the age of 13 received nearly three times as many views on average as other types of videos.

UK Broadcasting watchdog Ofcom is set to be granted new regulatory powers to ensure Facebook, YouTube and Instagram will comply with “minimum standards” for video sharing and live streaming.

Earlier this month, IBC365 reported on the first serious crackdown on social media, with the UK Government looking to approve Ofcom as the legal body to penalise technology firms that fail to comply with robust age verification checks and parental controls to ensure children are not exposed to violent or indecent content.