The adoption of a cloud-based platform has enabled UK TV service YouView to make large-scale changes in “days rather than months”, according to Chief Executive Richard Halton.

Launching in 2012, YouView offers a hybrid TV network across an open content distribution platform. It had some 2.5 million active devices as of 2016.

The demand of viewers and ambitious shareholders meant YouView had to remain competitive and made a timely move to a complete cloud infrastructure. 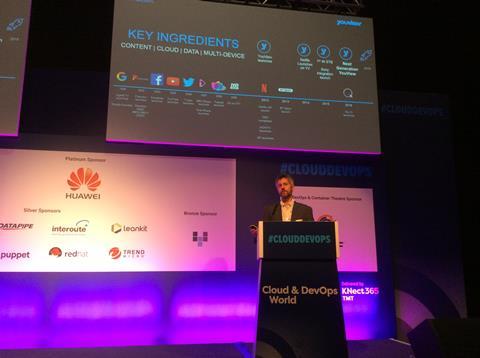 YouView Head of Cloud Services Murray Kirk shared with delegates at the TechXLR8 event in London insights to cloud migration and the operational benefits in launching the next-generation feature benefits which he described as ”not just a new user experience, it is reimagining our technical platform in the cloud”.

YouView moved away from Flash ”because Flash was what our old user interface (UI) was developed in, so we selected HTML5,” Kirk said, adding that HTML5 includes detailed processing models to encourage more interoperable implementations.

2016 saw YouView roll out a streamlined and image-led interface rendered in HTML5 throughout the UK.

Keep it in the cloud 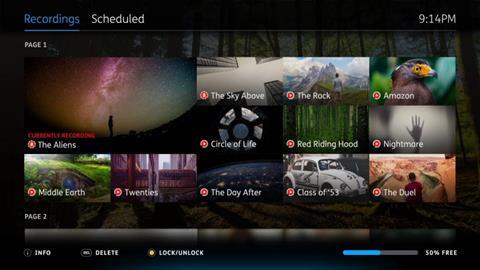 Kirk said: “Next gen, enables everything to be run in the cloud and continuously deliver and structure the content, enable scalability and flexibility.”

YouView Chief Executive Richard Halton said: “Our move to the cloud gives us the opportunity to make large-scale changes, add functionality and enhance features in days or weeks, rather than the months or years it can take for other traditional TV platforms to do the same.”

Next generation cloud technology based insights have been gained through the application programming interface (API), providing three key functions for YouView:

3. Single point to gather and analyse the traffic at high fidelity at real time

“The roll out of next generation YouView services enabled accurate projections to accurate latencies and smarter technology for our consumers,” Kirk explained, “API gateways gives us an eyes-on approach to see everything in the cloud services”.

YouView’s Chief Technology Officer Nick Thexton said: “YouView’s re-engineering of the entire platform and harnessing the capabilities of Cloud technology paves the way for cross-device innovation – allowing us to rapidly adopt enhanced mobile and app technology – as well as enabling multi-room viewing in the future.”

Along with the complete cloud migration, YouView has achieved some major milestones, including launching Europe’s first ultra high definition (UHD) set top box and streaming the UK’s first 4K channel. These followed on from pioneering the BBC’s Red Button+ service.