AI is seeing rapid adoption in broadcast environments, as it offers substantial cost and efficiency benefits, while the barriers to entry are dropping fast… 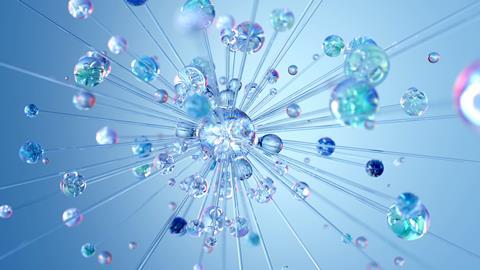 You’ve undoubtedly heard of AI (artificial intelligence) before, whether in a purely science fiction context, or a broadcast industry one. As a result of this wide recognition, the technology as a whole has been through an extended and enhanced hype cycle in the recent past.

While some of the more optimistic applications might have proven to be exactly that, there is considerable immediate utility for AI and machine learning (ML) technologies, and indeed there are many examples of them in commercial use today. We’ll take a look through the market, examining some of the stronger areas of AI in broadcast, as well as look to the future and draw out some likely trajectories for the technology.

Often used interchangeably or in the same statement, ai and machine learning are closely linked. AI (artificial intelligence) is the ability of a computer or network of computers to act somewhat like the human brain in order to solve problems. Underlying algorithms use logic and advanced maths to simulate the methods that humans use to learn and utilise new information. Meanwhile, machine learning (ML) is the application of AI, essentially a subset of AI. It’s where a computer can be armed with a detailed and highly specific mathematical model to use as a scaffolding to ‘learn’ from structured data on its own. This can be expanded into a ‘neural network’, where multiple algorithms can be used to begin to replicate the human brain.

AI in broadcast and AI film

The media and entertainment business is increasingly a substantial market for AI and ML technologies, thanks to the popularity of virtual assets such as high-definition graphics and real-time virtual worlds. AI offers considerable benefits here, simplifying content management workflows, and offering everything from voice-controlled EPGs to real-time, high volume content analysis. The latter is becoming particularly central to broadcaster business models, delivering increased discoverability of older archive content thanks to improved AI metadata, and powerful localisation thanks to speech recognition.

Facial and key contextual object recognition and automated tagging allow far simplified workflows for previously intensive tasks such as brand exposure tracking. As a result, the global AI in media & entertainment market size is expected to reach USD 99.48 billion by 2030, according to a new report by Grand View Research Inc. The market is anticipated to expand at a CAGR of 26.9% from 2022 to 2030.

Not only are broadcasters extremely interested in optimised workflows, but the promise of virtual studios is proving a powerful incentive. By tapping into tools like Epic Games’ Unreal Engine, entirely virtual worlds can be rendered in near real time, as IBC 365 investigated in The Evolution of Broadcast Graphics.

“For the producers, having an opening and catching the viewer’s attention of course is super important,” said Vizrt CTO Gerhard Lang. “But the whole thing needs to be functional. You need to tell a story. No matter whether this is a news show or a sports show, people will focus on how you present the content, and how you explain what was happening. In the end, data is king so how can you present the data or bring in new content? Those are the areas that are crucial for producers and where we get the most requests.”

Vizrt is also looking at AI to repackage graphics and content for multiple outputs, particularly the vertical video format favoured by Millennials and Gen Z consumers.

“I don’t want to have four people working on four different formats,” said Vizrt CTO Gerhard Lang. “Ideally, this would be one scene that can be reused and utilised for all performance aspect ratios and screen resolutions. That’s a key thing we are working on.”

The use of Unreal Engine and AI in animation has been explored quite specifically in the IBC Accelerators 2021 project, Smart Remote Production For Real-Time Animation, which saw Italy’s RAI team up with Accelerator Champions that also included RTÉ, VRT, YLE, and the EBU, who worked alongside the Entertainment Technology Center at USC, Digital Domain, and Unreal Engine developer Epic Games. Participants included RADiCAL and Respeecher, with guidance from IBC Accelerator supporter Nvidia. The aim was not just to use vocal performance and body posture to drive 3D avatars from remotely connected locations, but to achieve it using low-cost or minimal equipment into the bargain.

Speech is one of the areas where this Accelerator used interesting new tools, such as Respeecher, software that effectively clones voices using Deep Learning techniques. The tool was previously used on The Mandalorian to create the voice of a young Luke Skywalker and by the NFL to recreate the voice of deceased football coach Vince Lombardi at the Super Bowl.

“In this project the idea is to make one source speaker be able to speak in several different voices for the POC piece,” says company co-founder Alex Serdiuk. “To date we’ve offered a white glove service where we need to be involved, but this uses our new self-serve Voice Marketplace. There are many challenges for us with this as we lose a lot of control over the recording conditions and performance levels of the actors involved, but it is important to be able to democratise these tools so that they can be used in the sort of environments that ideally would require just an iPhone.”

Similarly, AI is making its mark on the art form that is colour grading, with a variety of tools on the market using AI to intelligently colour grade projects in record time. One example, fylm.ai, uses a browser-based, ACES colour managed, GPU-accelerated platform to simplify the process for those that want quick but reasonable results. The platform also offers pro-level grading controls for more advanced users.

As content creators and rights owners seek to squeeze the maximum value from their assets, managing and accessing those assets as efficiently as possible has become vital. In that respect, the application and identification of data - via metadata - has become increasingly important. In a recent IBC 365 feature on metadata management, MediaKind Director of Platforms Eamonn Armstrong shared the general viewpoint that AI and ML will increasingly bear a greater share of the burden. “You can find out which metadata is operationally heavy and not providing so much value, and that is where you want to add AI/ML to the mix. For example, it can be very useful for things like [identifying and tagging via] facial recognition in sports, and we see a lot of innovation taking place there.”

That said, there are still challenges to be overcome, as Julian Fernández-Campón, CTO of media management and integration solutions provider Tedial mooted: “At this point I don’t think AI tools can give the level of confidence and trust that the customer requires.” The answer for media companies going forward, he says, is to adopt a Media Integration Platform approach – a key aspect of which is the “common data model” concept, whereby the different applications’ metadata is translated to the common and standard data model.

“We have adopted the standard EBU Core data model for the Media Integration Platform,” he adds. “It allows us to standardise the metadata from the different AI tools such as Google Vision, AWS Rekognition or any other AI tool.”

IBC Accelerators tune in to AI

While labour-saving automation has seen AI take a starring role in many broadcast and media environments, one 2021 IBC Accelerator project - championed by Al Jazeera, AP, BBC, Reuters, RTÈ, Entertainment Technology Center (USC) and Multichoice  - looked at taking automation a step further in one specific area - content moderation. The project looked at how to detect, measure and flag bias in the representation and portrayal of diverse genders, cultures and ethnicities, to ensure fairness and transparency in news reporting, as well as preserve and protect the fundamental notion of neutrality.

AI in Analytics - over the hype

A recent IBC webinar - AI and analytics - not only saw the panel taking a strongly pragmatic view on AI, centring investment around proven ROI, but also with one eye firmly on the future, as S.V. Vasudevan, Chief Technology Officer at Symphony MediaAI pointed out. Speaking about the power of AI to make predictions, he said: “This shows you: ‘where should I go?’ Because content procurement is - I guess you could call it an art - classically it’s built on relationships. It’s built on gut feel. I think that those elements will still [have their place] and remain [part of the media landscape]. But I think they’ll be supplemented with a great new set of decision support tools that will answer those ‘should I’ kind of questions. They will tell you where you should go, as opposed to telling you where you are right now…”

AI and the future

The amazing thing about AI is that the technology is only just getting started - from all perspectives, the software point of view, hardware and real world applications. The latter are certainly emerging, but the cost of capable hardware is dropping all the time, to the point where cloud-based instances and local pro-grade GPUs are perfectly capable of delivering astonishing results without vast investment. There is plenty of AI in all of our futures - whether we like it or not…

For the latest on AI in broadcast watch the IBC Webinar: AI and post production