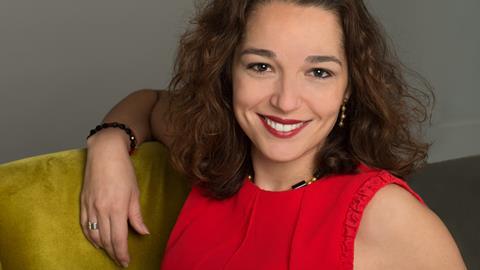 How to deal with content overload? With a background of almost 20 years in operational and strategic marketing and now head of the innovation unit at Havas, Maria Garrido thinks the answer lies in bringing the entertainment and advertising businesses together.

The advertising business is at a tipping point, says Maria Garrido, Chief Insights and Analytics Officer at Havas Media Group and CEO of Havas X, an innovation unit. The problem is that the majority of content created by advertisers today is “irrelevant clutter”, according to the recent Meaningful Brands study by Havas Media Group. 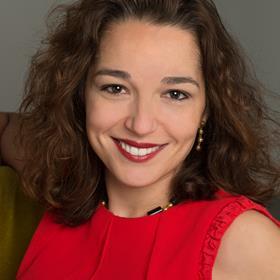 “We’re in a difficult space where brands have to find better ways to engage with people and step out of traditional advertising models,” says Garrido, who runs a team of 200 people across over 40 countries. The Havas team conducts proprietary analysis and performance measurement on how advertising is working to help better meet the business objectives of Havas’ clients, the brands themselves.

Garrido’s solution to the “clutter” problem is to bring the creative expertise of the entertainment business into the advertising business more effectively.

“The entertainment business is accustomed to emotionally engaging people,” says Garrido, who joined Havas in 2014 after 18 years in North America, Latin America and Europe where she held operational and strategic marketing roles at several big consumer goods conglomerates, including Colgate-Palmolive and Mondelez.

“If we bring entertainment and advertising together, this might help us find innovative ways to connect with the consumers that brands are trying to reach,” she says.

While marrying creative people with marketers is not a new idea, it is one that Garrido is tackling with a unique set of tools: Havas is owned by Vivendi, the French media conglomerate that also owns pay-TV group Canal Plus, music giant Universal Music Group, games maker Gameloft and online video site Daily Motion.

In her role as CEO of Havas X, she is helping to bridge the gap among the varied talents within the greater Vivendi Group. “Half of my average day right now is spent in a taxi going between Vivendi and Havas because all the services we used to provide internally and to advertising clients, we now have to provide to the business units like Universal and Gameloft who are also working with brands.”

Garrido says that with all this choice brands are failing to reach the right audiences with relevant messages. “Most advertising is not engaging people anymore. People are blocking ads altogether,” says Garrido.

“Audiences are evolving. We don’t talk about second screens anymore – it’s now hundreds of screens at the same time. People are bombarded with content.”

In this content-saturated world, marketers must “find new ways to connect with people and that means coming back to the basics of telling good stories that are generous, authentic and that make that connection that people are looking for”, she says.

It might help by creating a more diverse media and advertising industry. “I think if you diversify the employees of the industry it might help,” she says. “And I mean people from different backgrounds, races, genders and experiences.”

Diversity must be about inclusion, says Garrido. “Bringing those people into the key decisions and making them stakeholders in the end game.

“And we have to be careful with data,” she adds. “Sometimes we use data and we tunnel consumers into one way of looking at creative and that needs to be balanced with the art.”

Havas X is focused on the exploration of data science, artificial intelligence and future ecosystems. This is important given the fact that  the relationship between advertisers and Google and Facebook has grown tense in recent years over controversies about ads appearing next to inappropriate content, as well as audience measurement issues.

Amazon is another fast-growing player in the digital advertising space that marketers and advertising agencies are watching closely. But it’s the so-called ‘digital duopoly’ of Google and Facebook that is the strongest part of the digital advertising ecosystem and it continues to grow. In fact, excluding China, where neither company has made much headway, Google and Facebook account for 25% of total global ad spend, according to Magna Global estimates.

“There’s a lot of scepticism from consumers and audiences regarding trust and data privacy about the platforms and the social networks,” says Garrido. “I think it’s the advertising industry’s responsibility to help calm some of those fears and to help make sure that people’s data is protected, while still serving them content that is relevant to the individual consumer’s needs.”

The tech platforms are capturing a lot of consumer time as well as advertising dollars – but Garrido doesn’t believe that they are the enemy. “Maybe I’m being optimistic, but I think we should view them as enablers to make better connections with people,” she says. The impact of AI on content creation and consumption is still to be determined, for example.

“There is a lot of buzz around AI like there was around VR and AR,” she says. “The first steps we’re seeing [in advertising] is that AI is being used in practical ways to extract new insights to better understand consumers. I don’t think it is going to replace creative. As with the tech giants it should be an enabler for better creative, but you shouldn’t replace the magic of human creativity in advertising.”

And what about traditional linear TV? Garrido says that for advertisers and consumers linear TV viewing is far from dead. “I love that we are all focused on the internet and OTT services, but you still have the majority of people – whether they be young children or retirees – spending more time in front of that TV screen than they are in front of their mobile phones or on their tablets,” says Garrido.

“So, TV is definitely not dead. The key questions are about the quality of the content, the diversity of the content that will bring people into that space. Also, we need to understand how TV has synergies with the rest of that digital and online content. That’s what will drive long-term sustainable growth for the TV industry.”

IBC2018 Maria Garrido will speak about navigating the media landscape in The race to keep up in the new Wonderland on Friday 14 September.