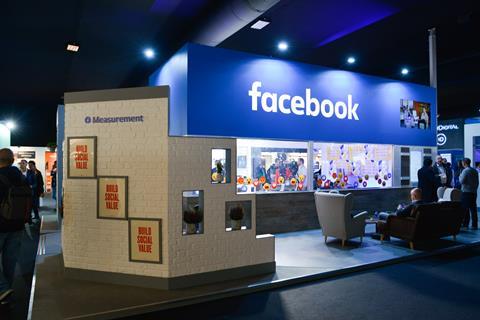 Combining the reach of Facebook with its mix of content from publishers, creators and media partners from around the world, broadcasters were called to “optimise” and add value by incorporating the Facebook Watch ecosystem.

Facebook are looking for “long term sustainable and mutually beneficial partnerships,” Connolly explained. “Everything we do is about building connections and community and with Watch we want to make sure people are at the heart of those experiences.

“It’s an open platform with any video on any page and we are focussed on making that experience really personalised.”

The open platform enables personalised video experiences and ultimately is about connecting viewers to videos.

Joining her onstage was Facebook director of media partnerships Central and Eastern Europe Jens-Uwe Bornemann, who, after 20 years in traditional linear broadcasting, joined Facebook 18 months ago to pursue the partnerships and possibilities for broadcasters to employ Facebook’s video mission.

He said: “We offer monetisation opportunities and see a lot of professional content from those who are used to earn money from content.”

Bornemann said: “They’re active on all other platforms and they used social media to drive audiences to their TV programming with previews and exclusive content.

“They want to increase viewer engagement,” and with Watch’s 20 million fan base both Connolly and Bornemann agreed using Facebook broadcasters can see success to engage with fans and reach additional audiences, drive traffic and enhance subscriptions.

In Germany they simulcast the first 21 minutes of The Voice launch episode live on Facebook to remind viewers it was live on air and drive viewership back to the main broadcast.

Bornemann said: “Something we want to work on is a measurement to prove this effect.

However, he added: “We see this as a complimentary layer” and urged it was not competitive to broadcaster’s core business offering, but rather an “important” business decision.

“We want to build a sustainable business model around our content business and we work on the same programmes available.”

Connolly added: “We encourage the partnerships with publishers and creators to focus on content that builds a loyal audience, with a regular schedule to keep audiences and engaged.

“The combination of tools across Fakebook will drive that loyal viewership and will work well across verticals.”

Connolly said: “As we think about video on Facebook it’s all about building connections and creating communities giving people meaningful ways to interact with each other. We are focused on bringing people front and centre to the overarching video experience.”