2022 marked the 10th anniversary of the first significant public demonstration of 8K television when NHK and the BBC co-operated to present the London Olympic Games on 15-meter-wide screens in London, Glasgow, and Bradford, writes John Maxwell Hobbs.

Since that time, there has been widespread adoption of Ultra High Definition (UHD) television in the form of 4K, but widespread consumer adoption of 8K TV still remains an elusive target. 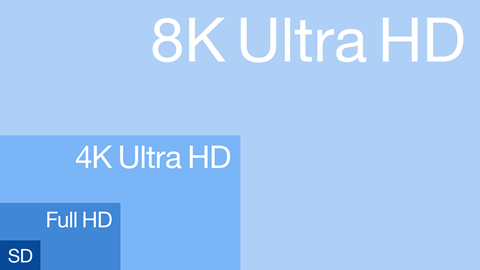 The evolution of 8K, also known as UHDTV-2

8K, also known as UHDTV-2, is 7680 pixels wide by 4320 pixels tall - sixteen times as many pixels as current 1080p HDTV. This is a similar level of detail to 70 mm IMAX film stock. However, UHD’s enhancements are not limited simply to pixel density. It also offers higher dynamic range and an expanded colour space in both its 4K and 8K flavours.

The first significant step on the road to 8K was in May of 2012 when NHK demonstrated the first UHD shoulder mounted camera. The Olympic games transmission followed shortly after and in August of that year, the ITU officially approved the UHDTV standard, incorporating both 4K and 8K resolutions.

The 10 years since then has seen significant consumer uptake of 4K – TV sets can be found for under £300 and there are a large number of 4K channels available. However, the story has not been the same for 8K. Sets that support the higher resolution made up only 0.15% of all TV shipments in 2021 and there are still only two 8K channels, one from Japan’s NHK, and the other from China’s CCTV. 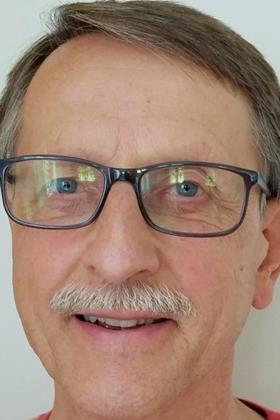 Chris Chinnock is the Executive Director of the 8K Association, an industry body launched in 2019 with the aim to “educate, promote and evangelize on the many aspects of the rapidly evolving 8K ecosystem.” Members of the association include Panasonic, Samsung, Tencent, IMAX, Amazon, and many others in the equipment and distribution space.

The organisation’s aims have evolved since its launch four years ago. “We have focused pretty much on traditional 8K 16x9 production,” said Chinnock. “We were founded by TV manufacturers, so we clearly wanted to make sure that consumers were aware of the 8K TVs out there and what some of the benefits were. But this has to be an ecosystem solution, so, over the years, we’ve evolved the organisation to have members in the whole ecosystem from content production to and distribution and consumption.”

Chinnock acknowledges that consumers have not responded the rollout of 8K sets and services as quickly as originally anticipated.

“We’ve seen a slower adoption of 8K TVs and traditional media than I think we would have anticipated, based on history of adoption of previous resolutions in the market.”

“There are a lot of factors that are playing into that - a pandemic being one. I still believe it will happen because everyone in the ecosystem is always pushing the technology forward and this is the most obvious next target”, he continued.

“The trend or screen sizes does continue to go up, there’s plenty of evidence to show that that will happen,” said Chinnock. “Clearly, as you get to these larger screen sizes you need to increase the resolution just to maintain the fidelity that a smaller screen has. Plus, 8K TVs are always the best TVs in a brands’ line-up - they have the best processing, the best audio, they have the best features. So, even if the benefits of the resolution may be modest, you’re still getting the best set.”

The bitrates required for 8K delivery are a significant obstacle for over-the-air transmission of 8K streams. The HEVC 8K codec used for the Tokyo Olympics required a bitrate of 85 Mpbs. Codecs have become more efficient since then, but 8K still requires 48 Mbps, which is 8 Mb/s greater than the entire bitrate available in the UK’s HD multiplex, which currently carries 9 HD and two SD channels.

Chinnock believes that OTT is the future for 8K delivery, via broadband or 5G. He spoke of the new codecs in development that will support that. “At IBC, NHK and the BBC showed a really good scalable demo,” he said. “It’s a scalable codec with three layers. It was an HD layer, a 4K layer, and an 8K layer. The 8K layer was 25 Mbps. So, this could be literally broadcast, or sent over broadband. Give it a few years. It’s going to be done at 25 Mbps.”

There is a long history of media technologies and formats originally developed with consumers in mind seeing adoption for specialist purposes. DAT, MiniDisc, Betamax, and Augmented Reality are just a few of these that have found larger markets in niche areas.

“There are other applications that are coming down the pike,” said Chinnock. “Virtual production needs 8K plates, VR needs a minimum of 8K for the headsets that we have now and that’s going to go to 12K and 16K soon. And even though gamers would prefer to have features and frame rate over resolution, I think it’s just a matter of time before the technology advances and you can have everything now framerate, features, and resolution.”

Chinnock highlighted several lateral markets beyond entertainment. “Digital signage and large digital canvases need lots and lots of pixels for both acquisition and display,” he said. “As well as houses of worship and large auditoriums with any kind of big canvases. There are uses for museums who want to have lifelike presentations of artefacts or cultural riches. And medical applications. There are 8K endoscopes in use now.”

He went on to describe the way the San Francisco 49ers football team are using the technology in a live setting. “They have 8K cameras on the end zone and on the field lines. They show it on their video board in the stadium. They can do 400% zooms to see if the player was in or out.”

The team is also using 8K video shot at 120 fps for the game films they use to analyse performance. The high resolution and frame rate allows the coaches to zoom in and examine plays and performance very closely.

As with any new format, creating material can be like aiming at a moving target. As the standards and technologies used in UHD production bed in, creators need guidance to ensure they are taking the right approach.

Chinnock spoke of the resources being made available by the 8K Association.

“We’re working on a report that looks at 8K capture guidelines,” he said. Companies like Netflix and Amazon have capture guidelines for 4K deliverables and they almost always specify a 6K or 8K camera, as well how much you can zoom and crop. That’s fine if you’re doing 4K, but what happens if you want 8K? How do you future proof that content? We will put a document out there as a reference point.”

Additionally, the Association has developed a certification programme for 8K TVs to help consumers make informed choices when they are looking to purchase a set that has the best performance and latest features.