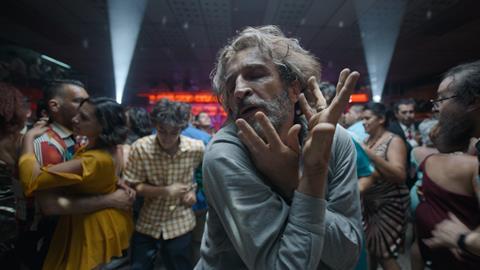 Behind The Scenes: Bardo

Anyone who has ever tried to write down their dreams on waking up will know how hard they are to pin down. Like clouds, they seem to evaporate to the touch. That was the task that director Alejandro González Iñárritu gave cinematographer Darius Khondji ASC AFC when they embarked on Bardo. 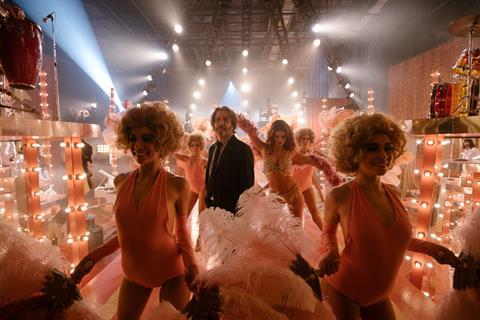 “I don’t remember my dreams but I try to write them and find I cannot but here I was helping Alejandro realise the images of his dreams,” Khondji told IBC365. “It is always a fine line between dreams and reality. His script is embroidered with real things that happened to him in his life mixed with dreams and memories that he needed to get out.”

Behind The Scenes: Bardo – Personal Odyssey

If that sounds like a form of therapy then the film probably is a cathartic exercise for Iñárritu. Produced by Netflix, Bardo, A False Chronicle of a Handful of Truths is a personal odyssey through the mind of the Mexican auteur and, by extension, Mexican history. 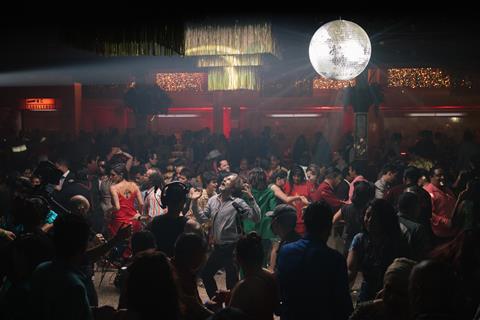 Though never explained, Bardo is also the Tibetan Buddhist name for the state of the soul after death and before rebirth. It is in this limbo between dream (or nightmare) and reality that journalist and filmmaker Silverio (Daniel Giménez Cacho, playing a cypher of Iñárritu himself) journeys through the movie on an existential quest for identity and life’s purpose.

“It was very important to talk with Alejandro,” he said. “We talked in Paris and he took me to down town Mexico City where we spent a lot of time together scouting places that he had seen but wanted to see again with me. We became friends and I connected with these places that form his history and Mexico’s history. Everything at a subliminal level has to come back to history.”

Behind The Scenes: Bardo – Powerful Influences 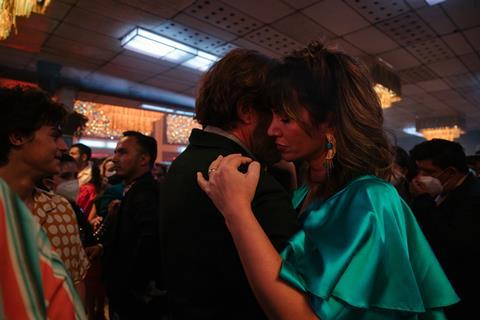 Khondji described Iñárritu as a composer “like Rachmaninov” and the script (co-written by Nicolás Giacobone) “like music notation” and the best he has ever read, which is praise indeed given the cinematographer’s starry CV.

He’s also been Oscar and BAFTA-nominated for photographing Evita, with César Award nominations for Delicatessen and The City Of Lost Children. At Cannes this year he was awarded the Pierre Angénieux Tribute in recognition of an exceptional career.

Working with Iñárritu for the first time, Khondji said he would have said yes without seeing the script. Iñárritu’s last two pictures, Birdman (2014) and The Revenant (2015) each earned their DP, Emmanuel Lubezki, an Oscar.

Read more Best of Behind the Scenes

The film’s aesthetic, he said, was influenced by Mexico’s bloody birth and its inferiority complex with its northern neighbour (a scene in the film discusses how the US acquired half of Mexico for a paltry 50 million pesos). 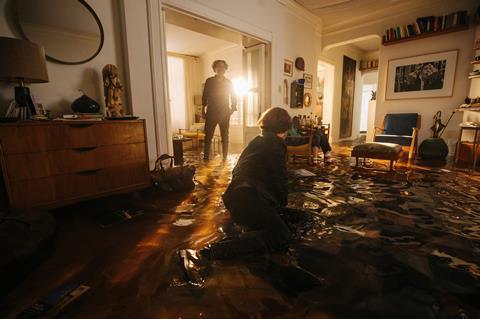 Behind the scenes: Bardo

“You realise that Mexico was created in blood and violence but at the same time Mexico became this very passionate, incredible land,” Khondji reflected.

Further inspiration came from American street photographer Vivian Maier as well as surrealist painters Paul Delvaux and Giorgio de Chirico. With Iñárritu they watched films by surrealist Swedish filmmaker Roy Andersson (A Pigeon Sat on a Branch Reflecting on Existence) along with classics like Federico Fellini’s 8 ½.

“Paintings and films like 8 ½ and [Ingmar Bergman’s] Wild Strawberries are never direct literal references,” he said. “You can only take in a sense of them, some drops like a drug, because otherwise it would be too strong.”

Behind The Scenes: Bardo – Shooting Life

Like Birdman and The Revenant, there is a liquidity to the camera movement in Bardo. The camera seems to float within and between scenes. Khondji said the script was broken into seven chapters each of which was meticulously designed but that he and Iñárritu wanted the film to feel “like a ribbon of life, to be on a perpetual movement like life is on a perpetual movement.”

Some sequences, such as one requiring whole sections of Mexico City to be closed down for filming, had to be preconceived a year in advance.

In a prolonged single take night club sequence, set in the iconic dance hall Salon Los Angeles, the camera moves with the rhythms of latin music on the dancefloor, before the soundtrack breaks into a startling cappella vocal of David Bowie’s ‘Let’s Dance’ to which only Silverio mimes.

He said, “We change the colour of the light constantly as the camera follows the actors to make the audience feel together with the main character and designed it with choreography like a 1930s Busby Berkeley musical. It was a big operatic moment.”

Another set piece in which Silverio mounts a pyramid of massacred Aztecs and converses with conquistador Hernán Cortés on top was filmed day for night in a central city plaza.

“Some parts were shot on a stage and some during the first hour of the day in the city and we combined the two. The original idea was day for night but we didn’t want it to be too obvious. The moment the eclipse happens in full daylight we go darker and darker almost black and white like moonlight then we raise the light a bit at dawn but we stay in this subconscious state, a beginning of a day that doesn’t end.”

The film is shot in large format 65mm “because of the way it renders character,” he said. “You really feel their presence. I wanted the characters to be full and in front of the image and still have the feeling of the landscape around them all the time.”

To avoid distortion at the edges of the frame from the wide angle 70mm Panavision lenses he raised the camera higher than normal. “If you go higher inch by inch and photograph an actor the warping dissolves a little bit and doesn’t become disruptive to the storytelling,” he explained.

Behind The Scenes: Bardo – Virtual Techniques

Repeat scenes shot on a train depicting Silverio carrying CGI axolotls (creatures which are nearly extinct in their natural Mexican habitat) were filmed on a stage lit by LED panels. It was the first time Khondji had worked with Virtual Production. He asked his friend, the Australian DP Greig Fraser, who had shot The Mandalorian, for tips.

“He told me that once you start playing with it then what looks very complicated will become easier and he was right. It was very seductive. When I finished, I felt like I wanted to do a whole movie like that.”

It’s fair to say that the film has divided opinion with critics taking the director to task for subjecting an audience to 150 minutes of (his own) naval gazing. There is unanimity, though, about the craft that has brought such hallucinatory visuals to the screen.

“Bardo is one of the biggest challenges in my career,” testified Khondji. “It’s a monster of a film, a gigantic creature. It is very intimate and at the same time an epic film. It is really a love letter to cinema.”