Behind the Scenes: Emancipation

A true story of one enslaved man’s flight and fight for freedom during the American Civil War is framed as a brutal thriller. The film’s acclaimed editor Conrad Buff speaks with Adrian Pennington for IBC365

A daguerreotype photograph taken in 1863 of the horrific scars on the back of a once enslaved man is the inspiration for the AppleTV+ film Emancipation but the actual lashing and the events that caused it are not seen. Director Antoine Fuqua doesn’t have to be graphic here, so violent is much of the rest of his movie. In taking that decision, the filmmakers retain the dignity of the man who called himself Gordon but came to be known as ‘Whipped Peter’. 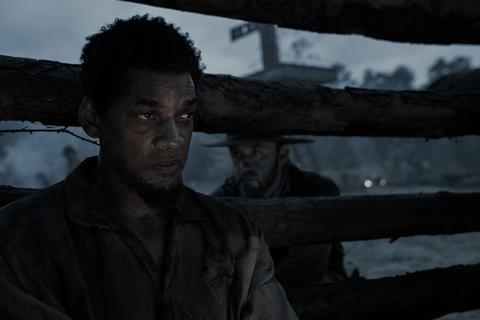 Will Smith and Ben Foster in ’Emancipation’

“There was a discussion about using flashback in a very stylised and abbreviated way but in the end we didn’t think it necessary,” said Conrad Buff, ACE, the film’s editor. “Peter [played by Will Smith] has a powerful speech where he describes the many different punishments and humiliations he has been subjected to. The film is brutal enough that it didn’t need that extra visual punch.”

In the film, Peter says, ‘They whip me, they string me up, they sell me. They threw me down a well, they pull me out, they beat me again. and I fight them, again.’

When printed in Harper’s Magazine, the single image became a rallying cry for slavery abolitionists and is now exhibited at the Smithsonian’s National Portrait Gallery. Unlike written accounts of slavery, which all too often were dismissed as unverifiable, the photograph’s truth stared people in the face. As The Guardian’s David Smith puts it, the image can be seen a forerunner of mobile phone videos that now capture police brutality against people of colour, spurring the Black Lives Matter movement.

Behind the Scenes: Emancipation – political considerations

In the film, the scene depicting the daguerreotype being taken is recreated. Buff said, “As Peter slowly turns his back to the camera and holds his head up we can only imagine the pain that he suffered. I think this is a more elegant reveal to the audience, one that demonstrates his inner strength.” 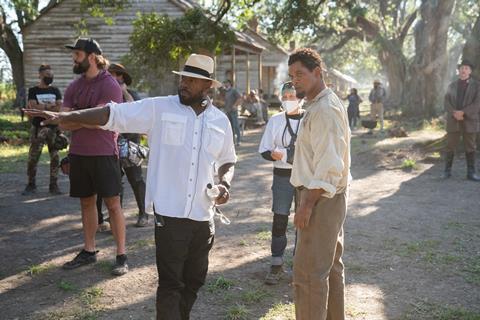 Director Antoine Fuqua and Will Smith behind the scenes of ’Emancipation’

Any suggestions that Smith took the role as atonement for the infamous slap on Chris Rock at the Oscars earlier this year should be cast aside. Filming had finished by December 2021 having already been delayed by Covid and hurricanes hitting locations in Louisiana.

Read more Best of behind the scenes

“We were going to shoot in Georgia but for political reasons they moved it to Louisiana,” Buff said.

The Georgia state’s decision to enact new voting laws have been criticised for targeting Black communities and were in the words of Smith and Fuqua, “regressive… designed to restrict voter access” - hardly conductive to a film about the historic fight for freedom.

Although the shift reportedly cost the production $15 million, it did mean they were filming in the locations where the events of story took place including on former slave plantations such as Ardoyne in Houma, Louisiana.

Delays and Covid issues also meant Buff worked remotely in LA throughout principal photography, an unusual process for him made easier by having a creative shorthand with Fuqua. This is the sixth film they have made together, beginning with Training Day and including Tears of the Sun and The Equalizer 2. The veteran editor’s other work includes Jagged Edge, Terminator 2: Judgement Day, True Lies and Rise of the Planet of the Apes, making him a master of action and suspense. He began his career as VFX editor on The Empire Strike Back, was assistant editor on Return of the Jedi and won the editing Oscar for James Cameron’s Titanic. 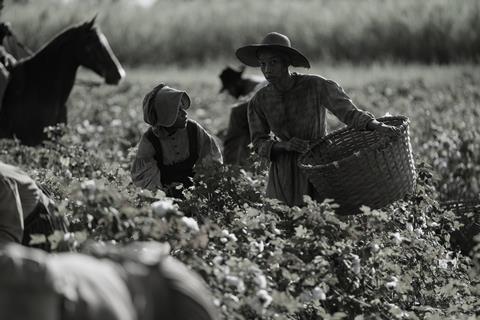 “Although this is a period movie there is a basically simple through line to the narrative which, in the second act, is propelled by action and suspense largely without dialogue,” Buff said.

Fuqua referenced action hits like Mad Max: Fury Road as well as WW2 classic The Great Escape as ideas for the tone of the pursuit that constitutes the second act following Peter’s escape from forced labour on a railroad. It becomes a physical and spiritual test of endurance in which Buff works hard to keep the threat of re-capture snapping at the character’s heels.

“All editing is subjective, with so many options and choices that you could make, but when there’s an absence of dialogue for prolonged periods as the case here then it is more experiential,” he said. “The biggest challenge was balancing how much time to spend with Peter versus with the slave tracker Fassel (played by Ben Foster) and with his family (held captive on the plantation). It was great to have that kind of freedom editorially and it was elevated ultimately by the sound team.”

He added, “Because it was nearly impossible to get any kind of interesting sound detail on location in the swamps, every brush [of his body] against a bush, every splash through water, the insects, the general environment, was reconstructed in post. To begin with I had to imagine a lot of that.” 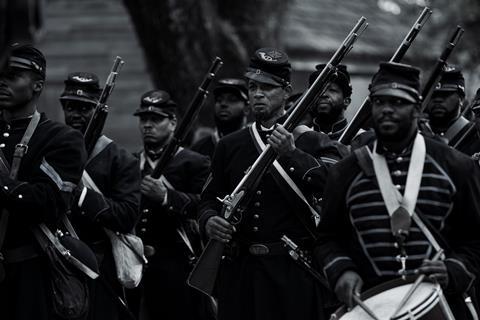 Will Smith in ’Emancipation’

Elements to the story recall survival thrillers The Revenant or Predator. At one point Peter submerses himself under the swamp while the hunters close in. 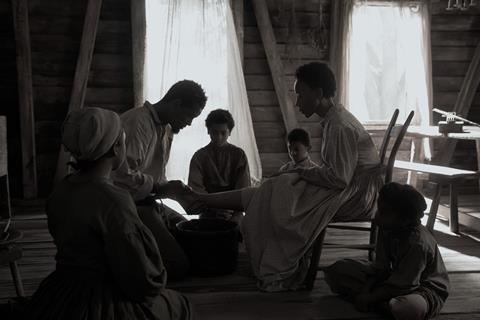 “We needed to define that the coast was clear,” said Buff, of constructing the suspense of this scene. “He takes in air and goes under, the hunters search, then move away. Peter resurfaces and exhales. The audience breathes a sigh of relief too. This scene is very quiet and all of a sudden – Bam! – he is attacked by an alligator leaping out of the water. If the scene works it is because it is all about contrast.

“Initially I wasn’t happy with the pattern of the whole chase section,” he added. “It was too languid, not tense enough. I had to figure out how to solve that problem by tightening some areas and readjusting the balance of the three storylines on screen.

”The easiest things on this film were cutting the performances and scenes with dialogue. I’m quite fond of Ben Foster’s monologue around the camp fire when he’s justifying why he has become who he is. Ben did such a subtle job, it didn’t require much from me.”

Behind the Scenes: Emancipation – Optics of choice

Cinematographer Robert Richardson ASC, shot the film on RED cameras including Ranger Monstro, Monochrome Ranger Monstro, Panavised RED system DXl2 and the lightweight action camera KOMODO, using prototype Panavision VA large-format prime optics. He opted for neither black and white nor stately, painterly colours. Instead, the film’s palette exists in a liminal zone between the two, at once hyper-real and faintly ghostly. Predominant tones of gritty ash and smoke give way to flashes of green and orange, “mirroring the elusive textures of an unshakeable memory,” said Richardson, a three-time Oscar winner. 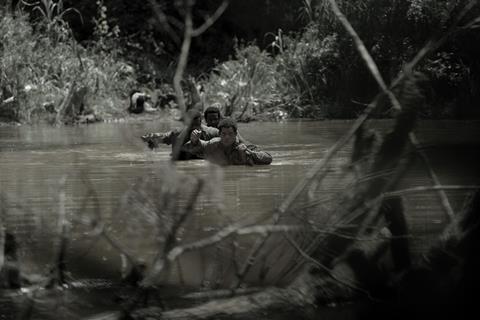 Will Smith, Michael Luwoye and Gilbert Owuor in ‘Emancipation’

He explained, “In my early conversations with Antoine, we talked about the film as being a mix of the beautiful and the brutal the whole way. Instead, we created a palette that leans towards black and white but allows certain colours to come out. It’s a heavily desaturated feel but then you’ll momentarily see colour.”

Behind the Scenes: Emancipation – Challenging conditions

The camerawork is also highly mobile reflecting the constant state of being on the run. Richardson establishes this kineticism early on in the railroad camp leading up to Peter’s escape. There, he took advantage of the spatial freedom that production designer Naomi Shohan’s 360-degree set gave to the production, using drones, cranes and Steadicam.

The swamp scenes proved more challenging. Richardson said, “We were in the water with alligators, water moccasins, and more. Not the most pleasant shooting environment.”

Scenes of a plantation on fire, including a burning horse, “are quite an amazing visual,” he said. “You might say it’s gorgeous. But what goes on there is not, and it was important to put everything you see in a visual context that reveals the hideousness. We did not shy away from that.”

Peter’s odyssey through the maze-like bayou is increasingly apocalyptic and is then contrasted with a bloody battle sequence between opposing Confederate and Union forces. “It’s a man-made hell that was visually complicated to film but straightforward to edit,” said Buff. “Seeing the dailies reminded me of something by DW Griffith.” 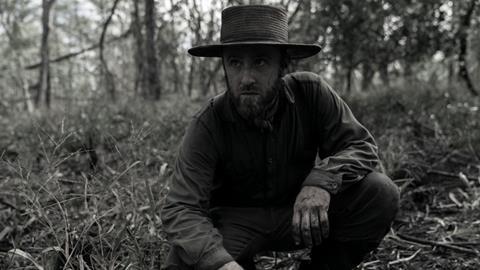 An incident during shooting of this scene in November 2021 is currently subject to a lawsuit filed in Baton Rouge by an extra who claimed to be “violently” hit in the face by a 50-pound cable-suspended camera system traveling 60 miles per hour, causing facial injuries. Fuqua, Richardson and Apple are defendants in the lawsuit.