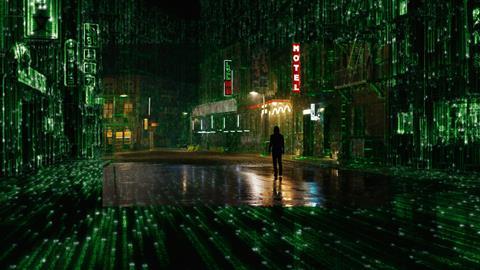 Behind the Scenes of Lana Wachowski’s The Matrix Resurrections

Cinematographer Daniele Massaccesi explains how the visual representation of The Matrix has been updated, including the iconic ‘bullet time’ effect

The Matrix was as prophetic as it was popular on release in 1999. It won four Academy Awards including for VFX, reset the bar on high-concept sci-fi cinema and spawned a meme (red pill or blue) that resonates ever stronger as the facsimiled digital dystopia of the metaverse edges closer. 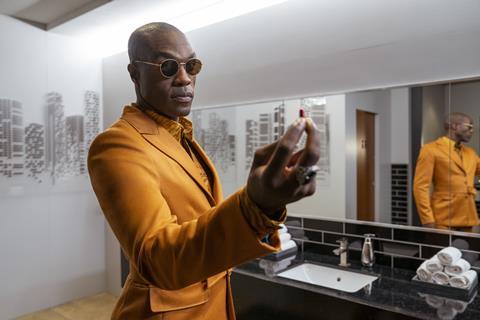 A tall order then for creators Lana and Lilly Wachowski to repeat; an attempt that many fans felt they failed in the two back-to-back sequels, Reloaded and Revolutions, of 2003.

Almost 20 years on, and the computing landscape has changed, advancing filmmaking technology with it. These developments called for an updated visual representation in Lana Wachowski’s return to The Matrix Resurrections. 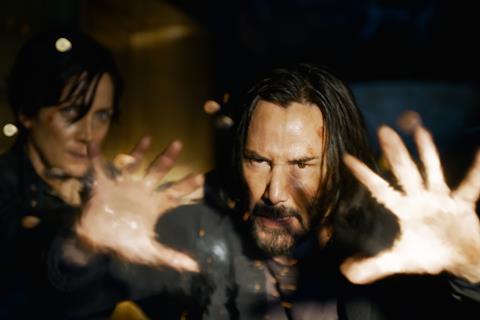 “Resurrections is designed to reflect the leap forward in computer interface and to give us a different look and a more natural colour palette,” says Daniele Massaccesi, co-cinematographer on the project.

The original, which was released six years before Apple launched the iPhone, illustrated the ability of characters to travel within the Matrix through phone handsets and dial-up ISDN lines. In Resurrections they travel through portals.

The tonal look of The Matrix was green to mimic corporate computer screens of the time while the real world was given an inhospitable, drab blue tinge.

“This time our look for the Matrix world is more colourful, like a postcard, while the depiction of the real world remains cooler and darker with more contrast,” explains Massaccesi. “In Resurrections, the Matrix has been designed so humans in the real world find the simulacra to be believable. It is therefore photoreal and full of colour.”

“Lana wanted one actor to be moving superfast and one moving super slow and yet be in the frame together, interacting. It was our job to try to find a solution for that,” Daniele Massaccesi, co-cinematographer

While The Matrix and its two sequels were shot on film, Wachowski wanted to take advantage of the versatility of digital and worked with Red Ranger Helium cameras shooting 6K.

“Principal photography was only 88 days – for a movie of this size that’s very quick,” says Massaccesi, who began the project as A camera operator for John Toll, ASC. When Covid halted production after location shoots in San Francisco, with all interiors left to shoot at Studio Babelsberg, the American felt he couldn’t resume due to the health risks of travel. Massaccessi, an Italian with vast experience including work with Toll on Wachowski projects such as Cloud Atlas, Jupiter Ascending and Sense8, took over. 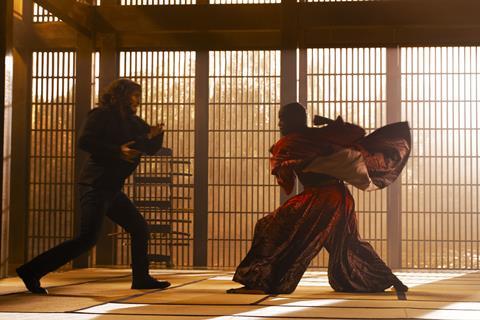 This included reimagining the iconic ‘bullet time’ visual effect of the original which appeared to show action in slow-motion while the camera moves through the scene at normal speed. It was achieved using arrays of cameras and postprocessing, and that was the starting point this time for director and camera team.

“Working with Lana and John in prep we discussed using arrays of 100 cameras shooting at 120 frames per second,” Massaccesi says. “We decided not to go this route, partly because we felt we wanted to tell the story in a different way and also because Lana’s filmmaking has changed over the course of movies since. She prefers much more fluidity in her process and to work with Steadicam a lot. She didn’t want to pause production to do complex VFX. She wanted to shoot as much in-camera and on Steadicam as she could.”

Arrays of 15 Ranger bodies were however deployed on certain shots. This included a scene in a café where Trinity (Carrie-Anne Moss) is screaming and shown with multiple shadowy perspectives of her face in the same frame. 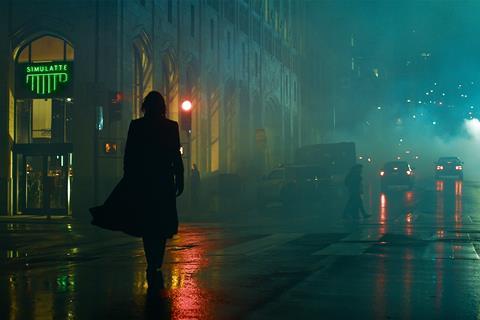 “This time our look for the Matrix world is more colourful, like a postcard,” Daniele Massaccesi, co-cinematographer

In the film’s most spectacular homage to the bullet time sequence, actors Keanu Reeves and Neil Patrick Harris appear to move at different speeds within the same frame.

“Lana wanted one actor to be moving superfast and one moving super slow and yet be in the frame together, interacting,” explains Massaccesi. “It was our job to try to find a solution for that and importantly one that would still enable the scene to be shot as normal without disruption.”

The answer was to use a stereoscopic rig. Instead of having each camera in parallax as if to shoot 3D, the cameras were aligned to shoot an identical view with one recording 6K 120fps and the other 6K 8fps. The footage was then blended in post to create an 11-minute-long scene played back at normal film speed 24fps.

“This is not something we could have practically achieved using a camera array which would demand a couple of days work just to set up one shot,” she adds. 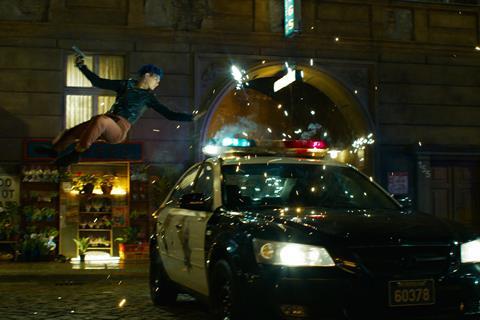 “I think in the original she found the VFX a slow process with a lot of passes to get it right. She is stepping away from that and wants her film to be more realistic in the sense of finding more of the solutions on set. Clearly there are a lot of VFX in this film [led by Framestore and DNEG] but the trick was always to find something practical when shooting a scene for the VFX to reference.”

One of these ideas was putting a rim of light over the portals that catch the actor’s hair and face as they move between the worlds.

On Sense8, Wachowski and Massaccesi had evolved a technique where the director would shadow the Steadicam operator during filming. It’s unusual, since most directors would be back from set monitoring the shots. However, so enamoured of the process was Wachowski that they filmed close to the entire film using this method.

Wachowski has described the technique as forming “this weird, four-legged creature with one eye”. 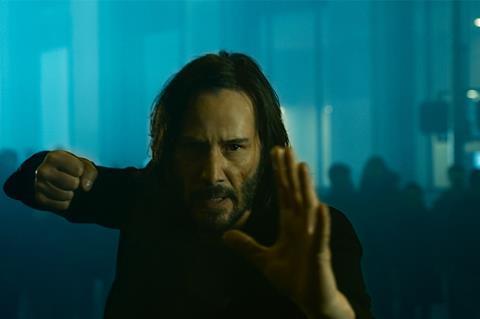 “It’s a process which is not only very efficient but I think gives Lana a direct and immediate sense of the actor’s performance,” Massaccesi reveals. “Being with me on set means she sees and feels what’s going on without any need to look at a monitor. She can immediately tell the actors whether they should change this or that. Although we’ve discussed the scene and I know what to do, she might change her mind and whisper in my ear as we film ‘go right’ or ‘go left’ or ‘look at this’ or ‘point the camera’ there. It’s kind of remote control!” 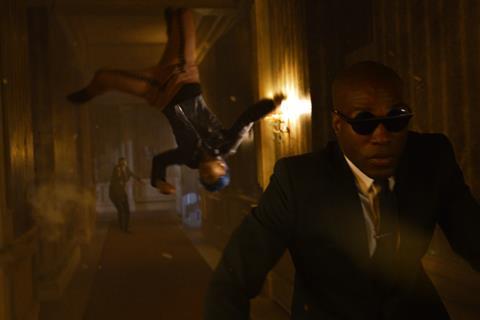 “On a movie like this with lots of fast motion, gunfire and explosions you want the action to be as hard and as high resolution as possible,” Massaccesi says. “The global shutter eliminates that ‘rubber motion’ you get from cameras with a conventional shutter.”

It also proved nigh on indestructible. Massaccesi says this was not an easy movie to shoot.

“For one scene set in an office with all the fire alarms activated we filmed for three days with a full blast of water coming off the buildings and we had no issue with the camera. We never had a problem with cold or heat. In another stunt scene in San Francisco the camera body of a Komodo melted in a vehicle explosion but we saved the footage.”