CES2023 may have come and gone, but it has - as usual - left a considerable amount of food for thought. From the downright weird, such as Withings urine-scanning smart toilets, Smart bird feeders and L’Oreal’s robot lipstick applicator, to a slew of new EV launches and some serious TV tech, there was something for everyone at CES.

We’ve picked out some of the key trends and launches from the last week in tech - although inevitably, some will see real-world implementation more rapidly than others…

Look no wires and portable! @DisplaceTV#CES2023pic.twitter.com/77Espmn5fA

While one of the unforgettable Twitter moments of the show was this ‘first wireless OLED TV’ from Displace, the underlying ‘wireless TV’ trend is very much on the charge. We’ve seen various solutions before to tackle the potential unsightly mess of TV cable management - HDMI ARC technology for a start, as well as the Samsung Frame TV’s proprietary One Connect Cord that combines audio, video, and power. However, the future is quite clearly headed in a wireless direction, albeit not necessarily as completely wireless as the Displace TV.

LG’s M3 made quite a splash at CES2023, partly due to the fact that it’s an enormous OLED panel at 97 inches, and partly due to the wireless connection. Although the M3 still needs a power cord, an LG Zero Connect box takes care of the HDMI connections (three HDMI 2.1 sockets) and can transmit video and audio wirelessly at up to 4K 120Hz from up to 30 feet away.

LG didn’t stop at a mere 97 inches though, also showcasing the LG OLED Horizon, an array of 260 flexible and open-frame 55-inch displays that measured 20 feet high and 82 feet wide - a spectacle truly worthy of the Vegas location. 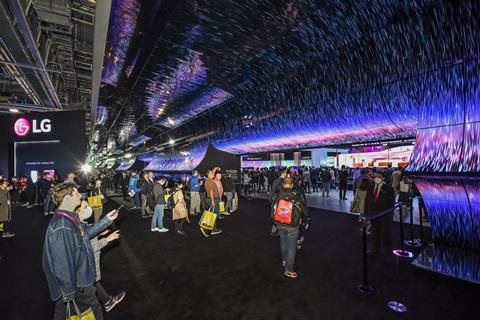 Of course, there was always going to be a riposte from Samsung on the display panel front, which came in the form of micro-LED technology, but this year downscaled from 2019’s titanic 219-inch ‘The Wall’ TV. The new 2023 range is Samsung’s CX series, and starts from a 76-inch model, making it somewhat more accessible to the average consumer - as The Wall TV retailed at around $800k that’s no bad thing at all.

Samsung also announced that its solar-powered TV remote controls would be made from plastic waste reclaimed from the sea and recycled aluminium cans, scoring some sustainability points in the process.

Speaking of brightness, doyenne of affordable TVs Hisense showed off the company’s new ULED X platform in the shape of the UX, an 85-inch 4K mini-LED QLED TV - which in this guise packs in more than 20,000 mini-LEDs. Hisense reckons this offers better contrast and dynamic range than OLED, and is likely to come at a competitive price, given the company’s background. The UX also features a 7-channel speaker system and support for Dolby Atmos.

VR and AR see the light(weight)

We were promised VR, and VR there was, not least in the form of the PlayStation VR 2 and the HTC Vive XR Elite, both now official and available for pre-order. The HTC Vive XR Elite features AR-ready high resolution pass-through cameras, and weighs in at a super-light 645 grams. This highlights a serious move away from cumbersome VR devices for home-use only towards a more mobile, AR-style future, where headsets will extend the capabilities of your smartphone - essentially a virtual second screen.

An interesting corroborating note was a prototype from Lumus, which tries to make an AR-capable setup fit into a ‘standard’ size pair of glasses. The second-generation Z-Lens 2D waveguide technology offers a 2K x 2K resolution and a 50-degree field of view, which the company hopes to improve to 80-degree soon. That ultra-portable direction of travel was also emphasised by Vuzix, which introduced an lightweight, 32 gram reference design for the industry to build on, acquiring a CES2023 Innovation Award in the process.

Moving in the direction of the metaverse, OVR Technology demoed an ION scent technology in a wearable VR wireless headset that brings the sense of smell to the digital experience. The device has eight core aromas that can be mixed together to create other fragrances to enhance visual and aural experiences, although how successful this will be in the mainstream is yet to be seen.

The days of 3D TV might well be best forgotten, but 3D screens are in the process of staging a comeback, in laptops no less. Asus’s Vivobook Pro laptop uses an eye-tracking camera system and a lenticular lens to generate glasses-free 3D by displaying a different image for each eye on the 16in OLED screen. With similar technologies on offer from Acer and Sony, and on-sale dates scheduled for later in 2023, we may well finally get the glasses-free 3D experience we were promised all those years ago, just in a different context and format. 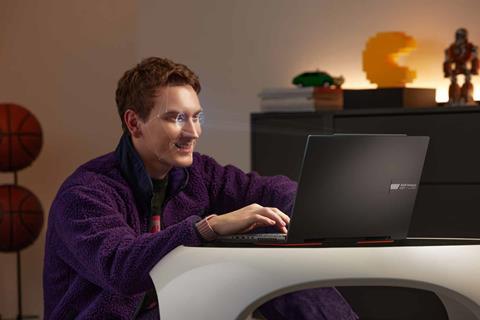 In a sea of automotive EV launches, one in particular stood out - partly due to being introduced by Arnold Schwarzenegger, partly due to the concept. The BMW i Vision Dee is a concept electric vehicle equipped with high-end and adaptive AI, a head-up display projected across the full width of the windscreen, and an eye-grabbing e-ink outer skin that can change between 32 colours.

Oliver Zipse, Chairman of the Board of Management for BMW, introduced it as the “perfect digital car of the future”, and said that the vehicle is set for production in 2025. “We are able to explore the full potential of digitalisation to transform the car into an intelligent companion,” said Zipse in a presentation. 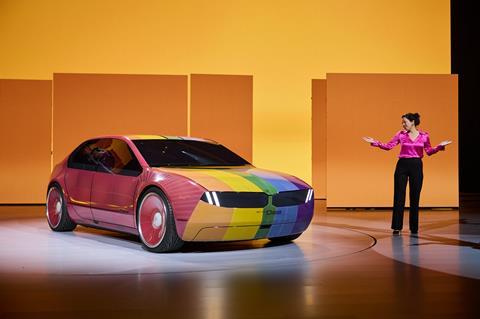 Certainly Sony collected many column inches for the teaser unveil of its upcoming Gran Turismo film, based on the eponymous PlayStation series of video games, but the underlying story will offer interest well beyond the film.

The Gran Turismo film is directed by Neill Blomkamp (District 9), and stars Orlando Bloom (Pirates of the Caribbean; The Lord of the Rings), Archie Madekwe (Midsommar) and David Harbour (Stranger Things; Black Widow), and is due for a summer release in cinemas.

However, it also shines a light on the increasing convergence of Sony Pictures Entertainment, Sony PlayStation and Sony Music into an entertainment rather than hardware-focussed brand.

With more than $10 billion invested in music, games and anime in the last five years, movie deals inked with Netflix and Disney+ and series deals with HBO, Amazon and Apple TV+, Sony has pivoted away from mere hardware into a more content-centric company. How successful this continues to be will be rigorously tested - not least in August when Gran Turismo premieres…