The HDC-F5500 works well in difficult lighting situations, such as concerts and TV studios, due to the global shutter, which prevents rolling shutter distortion and flash bands. A first for a systemised S35mm system, the HDC-F5500 also features a motorised eight-step neutral density (ND) filter, adopted from Sony’s Venice digital motion picture camera. The ND can be controlled locally or remotely, for increased operational flexibility. It also allows the precise selection of focus depth as well as controlled capture of fast-moving subjects. 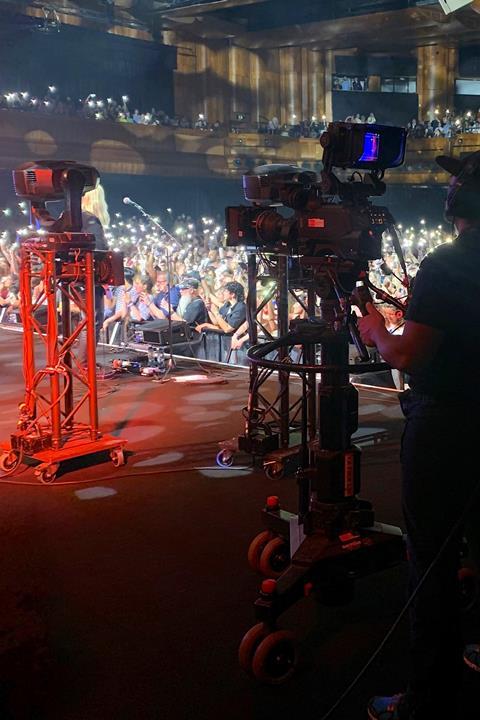 The camera offers a wide colour gamut, matching the colour science of Sony’s high-end cameras. It also integrates Sony’s IP live production system, so can be used for remote production with the HDCE-TX50 IP extension adaptor. It has full compatibility with Sony remote control panels and Sony’s SR live for HDR workflow, with HLG and S-Log3, for an efficient HDR live production workflow.

The cameras were first used in Europe for live music production at the Montreux Jazz Festival in Switzerland. Sony has a long running partnership with the festival and has worked with it to innovate and better meet the needs of its audience. Technology and creativity have always been key for the event, so the organiser RTS wanted to use the latest devices and create an emotional connection and immersive experience. Sony’s HDC-F5500 provided this. The HDC-F5500 seamlessly integrated into the existing operation, meaning the only expense was the cameras and lenses, giving RTS new artistic options without replacing its entire system.