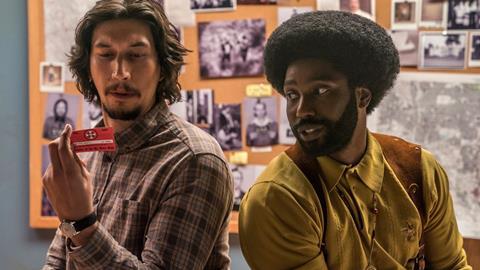 Barry Alexander Brown has edited over 100 Spike Lee ‘joints’, and is an acclaimed filmmaker himself. He tells Adrian Pennington about a career that encompasses editing legendary films such as Do The Right Thing and Malcolm X through to Lee’s latest, Blackkklansman.

Blackkklansman, the latest film from director Spike Lee and editor Barry Alexander Brown, concludes with significant footage from the Charlottesville Alt-Right clashes with counter-protesters last August. It’s a typically hot button jab at the establishment from the filmmakers, whose careers go back three decades encompassing films as incendiary as Do The Right Thing and Malcolm X. 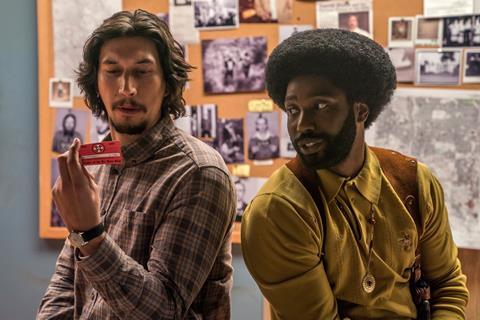 “It’s a very overt political message but neither one of us is afraid of that,” says Brown of the footage which includes scenes of the killing of counter-protester Heather Heyer. “The ending is pretty brutal but very effective. I’ve seen people come out of a screening and know that it’s got under their skin. That’s what we want to do, to make you feel something.”

While most renowned for editing the lion’s share of Lee’s work, Brown is also an Oscar nominated producer-director in his own right whose work tends to return to themes around activism and social justice.

The deep south
Barry Alexander Brown was born in Warrington in the UK, in 1960 when his father was stationed at RAF base Burtonwood as part of the US Airforce.

His career, though, is heavily influenced by growing up in Mississippi, Alabama, Florida and West Virginia since the age of two. In the deep south he came to accept everyday racism as just the way the world was.

“You don’t think about it or question it. If someone mentioned about black people not being allowed to vote you thought ‘well, yeah I don’t think they can’… But around age 14-15 the whole charade began to hit me.”

He credits his father, who “didn’t have a racist bone in his body” rather than his mother “who was pretty prejudiced at that time” for helping revise his worldview.

Race and politics charged Brown during his teenage years but at the same time he fell in love with movies, theatre and especially musical theatre and resolved to make this form of entertainment his career. He also resolved to short circuit the system by skipping college and heading straight to Broadway.

“I loved movies and entertainment but felt like I also had something to say.”

The War at Home
In New York he knocked on every door he could find to get a break into the industry. More by luck than design he fell in with a budding filmmaker who was keen on making a documentary about the anti-Vietnam War movement in Madison, Wisconsin.

Scouring archive news footage of the period, Brown realised there was a movie to be made about when, during campus protests at the state University in the late 1960s, a bomb - intended for an army research facility - exploded and killed a physics student.

Co-produced and co-directed by Brown, with Glenn Silber, the doc was edited by Chuck Francis who, Brown says, taught him the basics of the process during production.

The War at Home, “took off like a rocket” and was nominated for an Oscar in 1979. (It is being re-released later this year with a new 4K restoration).

He was just 19 and a year later had co-founded film distribution company First Run Features. Needing to hire someone to check that the film prints were clean and ready to ship out, Brown connected with his kindred spirit, Spike Lee.

He had already met Lee via mutual friends but with Lee now a student at New York University just a couple of blocks away from Brown’s Greenwich Village offices, he offered Lee the job.

Meeting Spike Lee
“In the early 80s there was a community of indie filmmakers in NYC but Spike was the only one who really appreciated entertainment. Everyone else had a message they wanted to deliver through film but you couldn’t talk to them about the pure joy of cinema. The only person I could talk to about musicals like West Side Story or Oklahoma! – or appreciate actors like John Wayne – was Spike. You may disagree with [Wayne’s reactionary] politics but you can’t deny his influence on cinema. We got that.” 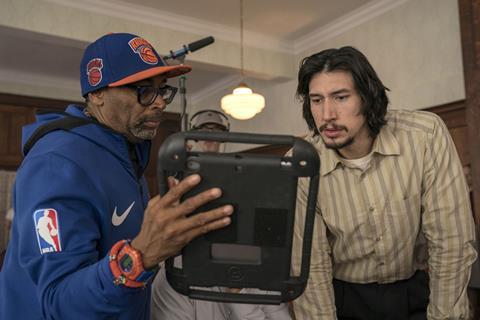 When Lee began writing, directing and editing his first film, She’s Gotta Have It, only naturally he asked his friend to help out by designing the sound – then asked him to take sole picture editing duties on his next feature, School Daze.

“Spike had a real budget, so I expected him to hire a real editor,” he says. “I didn’t question my buddy, I just said, “Yes.”

“We were young and pretty green in terms of filmmaking. We basically informed each other as we were working together, figuring out what we were doing, how a movie works, how a scene works and what is a good cut and a good rhythm, when it’s better to pause or to speed up.

“Nowadays Spike is so busy he doesn’t have lot of time to be in the edit room but my guess is he has a great deal of comfort that I’m going to get it pretty close to what he wants. That’s not to say we don’t disagree. He will always have his point of view but we have our own shorthand. No-one listening in will have a clue how we communicate – but we know what each other is saying.”

Also in the mid-eighties, Brown made friends with director Mira Nair who asked him to edit her debut feature Salaam Bombay! Shot on location in Bombay the Hindi-language film about street children won the Camera D’or and Prix du Public at Cannes 1988 and was Oscar nominated for Best Foreign Language (1989).

Next, Madonna, then at the height of her fame, wanted Brown to edit Truth or Dare (known as In Bed with Madonna outside of North America) chronicling the singer’s Blond Ambition tour. Back to back Brown completed Lee’s controversial biopic Malcolm X, which landed actor Denzel Washington an Oscar nomination. Brown even found the energy to serve as second unit director in addition to editing.

His phone was ringing off the hook.

“The ending [of Blackkklansman] is pretty brutal but very effective. I’ve seen people come out of a screening and know that it’s got under their skin. That’s what we want to do, to make you feel something.”

Quitting editing
“At that moment it scared me that I was just going to be an editor,” he says. “I had gone into filmmaking to do a lot of things, and I thought I was pigeonholed. Early on [Nair, Lee and I] were young and broke, and I don’t think they knew anyone else who had a talent for editing, so they asked me. Then all of a sudden my career as an editor took off.”

He quit editing for a number of years. Lee’s projects like Jungle Fever and Clockers were cut by Sam Pollard. Brown wrote some projects, including a PBS television series with Lee, and directed his first feature Lonely in America about an Indian immigrant to NYC. By the end of the 1990s, he’d reunited with Lee to edit the feature He Got Game.

In all he has edited well over 100 “Spike Lee joints” including the features Crooklyn, 25th Hour, Inside Man and Summer of Sam, TV commercials for Levi 501, pop promos and documentaries such as Bad 25, made shortly after Michael Jackson’s death.

“By that time Michael was no longer human to most people – he was a monster to some, a superstar to others,” he says. “We wanted people to see him as a person, someone likeable or at least someone you empathise with, and in most of our films that’s what we are striving toward. 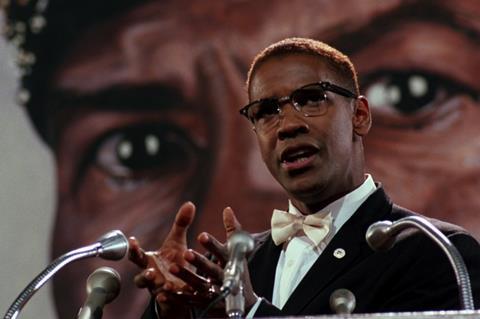 “I don’t need to make another movie about some quirky white person. I’d rather go to Uganda with Mira [which he did to make Queen of Katwe in 2016] and or do Blackkklansman rather than make a romance or a comedy which we’ve seen dozens of time. I want to make stories that just don’t get told otherwise.”

Blackkklansman is the astonishing true story of one of the riskiest undercover investigations in American history — in which black police detective Ron Stallworth applied for and was ultimately granted membership in the Ku Klux Klan.

It has been described as a compelling black empowerment story at the same time as an electrifying commentary on the problems of African-American representation across more than a century of cinema.

It includes an eight-minute long speech by the civil rights leader Kwame Ture (Corey Hawkins) which was among the most challenging scenes crafted by Brown.

“This is not a character who appears anywhere else in the movie and the movie is not about him so the question was, ‘Does the speech slow down or in some way move the story forward?’ The challenge was keep the momentum of speech going and keep the audience interested.”

The Black Power speech contains many of Ture’s actual words, including a Hollywood-oriented critique of how he found himself rooting against the African characters in classic Tarzan movies.

“We loved this scene. It took us back to the territory of Malcolm X.”

Son of the South
His latest personal project – which he has scripted and will direct - continues this ambition. Son of The South is based on the biography of Bob Zellner, grandson of a Klansman and a junior college heavyweight-boxing champion who learned directly from Martin Luther King, Jr. that the way to make a difference was not with his fists but with non-violent resistance.

“Trump has made this film easier to make. Son of the South is about resistance. It’s about speaking truth to power. It’s about rising up against something and doing the right thing.”

It’s a story he has been trying to make for nine years. “People think all these movies about African American civil rights are being made but these stories are untold. The closest film to this is Selma, made a couple years ago. We are constantly being told that no one cares and that if there were an audience Hollywood would already be making these movies.

“It happened when we were making The War at Home, Mira was told the same when trying to make Salaam Bombay!, Spike has always been told that no-one cares to see films about race. We are told there isn’t an audience out there for films about African American people that isn’t exploitative or sensationalist in some way.

“Trump has actually made this film easier to make. Son of the South is about resistance. It’s about speaking truth to power, it’s about rising up against something and doing the right thing.”

One can’t help feel there is something autobiographical about the tale Brown wants to tell. He is casting the lead now and plans to shoot in Alabama this autumn.

“For Bob, being a white southerner and rising up against that culture of racism was an incredibly scary thing to do. Even to sympathise with the civil rights movement meant risking your life. But he realised that these are my people doing this, this is the South where I live, this is happening in my country. To quote [civil rights icon] John Lewis, ‘If not me, who? If not now, when?”