5
Behind the scenes: The Favourite 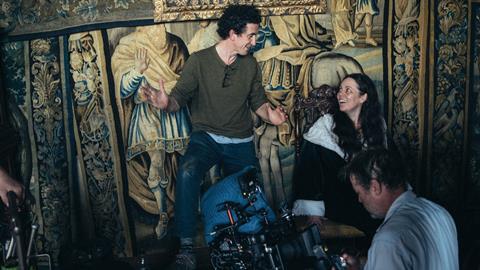 Behind the scenes: The Favourite

Most cinematographers don’t necessarily want their on-screen work to call attention to itself but the bold and frequent use of ultra-wide angles in The Favourite are an exception. The fish-eye view seems to trap the characters of this historical drama in a bubble, which was quite the intention. 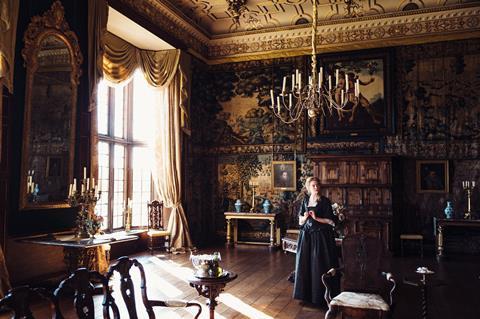 “By showing you the whole room and also isolating the character in a small space you get a feeling of no escape,” says Robbie Ryan BSC ISC. “You’re meant to feel a sense of claustrophobia. Even though they have all this luxury and power, the characters are isolated, imprisoned even. At the same time, it’s absurd.”

Director Yorgos Lanthimos had used a wide 10mm lens for a scene in his previous film The Killing of a Sacred Deer and wanted to use it more extensively for his theatrically comic take on the eighteenth century court of Queen Anne. Perhaps no director has taken to the lens quite so boldly since Terry Gilliam used it for similarly surreal effect in Twelve Monkeys and Brazil.

“Yorgos tasked me to find something even wider than 10mm so I went to Panavision and found a 6mm glass called SF6, which I dusted off, showed to him and he loved it. It’s a crazy angle but it became the signature lens and seems to suit the story very well.”

The super wide-angle lens has a close focus distance of 1 foot 6 inches and a 180-degree field of view. Ryan used it to fill the frame with as much of the set as possible, but deliberately far away in most cases so you can’t make out the details.

“We combine that with jarring high and low angles and whip pans so you’re overwhelmed and disorientated and surrounded by the madness of it of all.” 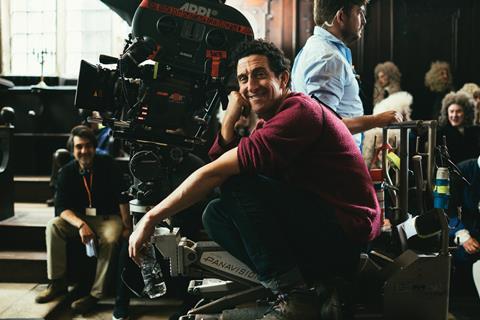 The Dublin-born DP has earned a reputation for handheld work and crafting with natural light for directors such as Ken Loach (including I, Daniel Blake) and Andrea Arnold (including American Honey) but says he was pushed by Lanthimos to find an unconventional approach to match his unconventional aesthetic.

“He was very keen for a sense of constant movement and in particular showed me an Austrian film called Angst (1983) which had used a circular body rig where the camera spins around a person. The idea was to emphasise how imprisoned the characters are in this world. Try as we might, though, we couldn’t figure out how to that with a heavy 35mm camera strapped to corsets and cumbersome dresses.

“We came up with a variety of different ways to keep the camera flowing on dollies, a bit of Steadicam and a gimble rig with exoskeleton spring arms which I’d strap myself into for scenes shot in the large corridors and carriage rides. The overall effect means the camera is like another character in that it’s no longer just observational. I think that’s fantastically refreshing for a costume drama.” 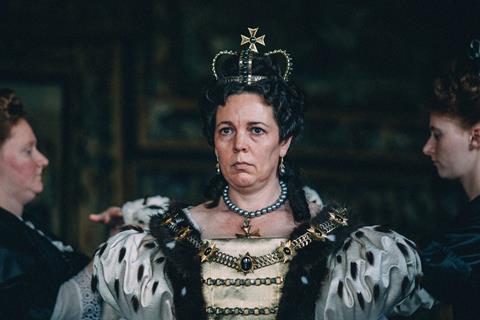 It was only on location at Hatfield House and Hampton Court that Ryan truly understood the visual language of the film.

“Hopefully, the audience is constantly surprised at what’s coming next in the story which has a lot to do with how it’s edited and with the jarring music but perhaps also because I’d be taken by surprise about how Yorgos wanted a scene to be framed. He’d take these still photographs which really helped me work out what he was thinking. From that photograph we’d develop what way the camera might follow the character.”

The Favourite was shot on Kodak 35mm mostly without electrical lighting including scenes barely lit by candles. “If you’re shooting with a lot of back light and windows then they tend to blow out worse on digital than film,” says Ryan.

“We were pretty blessed with weather on location but a couple of days it went really dark so we pushed the stock more than I ever thought possible. Yorgos was adamant that we not use lights otherwise it would feel artificial even during scenes when we literally had just a handful of candles.” 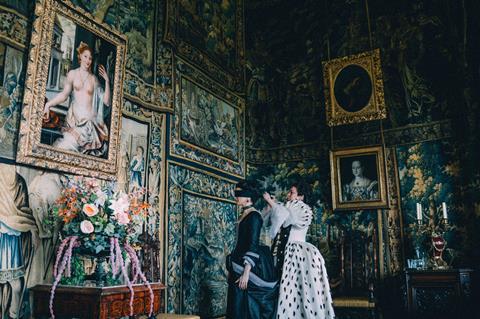 He credits the director as being “very brave” in sticking to these bold choices in ways that most other directors and DPs would shy away from.

“It’s not like we were shooting for safety with any other lenses or covering the scene any other way. This was what we had and if it didn’t work, well, we didn’t have a film.

He adds: “I love working with risk takers and also with people I regard as friends. I’ve been lucky in that regard to have found so many. I try to steer clear of TV and green screen shots. I find that they take up a lot of time and I’m not able to be as creative. I’ll happily shoot two people talking in a spaceship but you don’t need to be in a green screen environment to do that.”

Ryan is currently shooting the next film (currently untitled) from writer-director Noah Baumbach, with whom he made The Meyerowitz Stories, on location in New York with actors Scarlett Johansson, Ray Liotta and Adam Driver.