IBC2022 at the IET: Content and broadcasting trends for 2023

The state of play for the broadcast and media industry in 2022 and into 2023 is directed less by technological advancement, and more by momentous past and present world events, which continue to shape the industry. Indeed, the greatest paradigm shift happened during the period in which it was not possible to hold the IBC show in person, a handful of key industry figures agreed at an IBC 2022 Review panel.

“Where is news created? How is it consumed? What does that studio look like? Right now a studio is anywhere. It’s your house, your back garden,” said Muki Kulhan, co-lead of IBC Accelerator Innovation. Remote broadcasts are now the norm, to an extent that would have been hard to fathom before 2020. 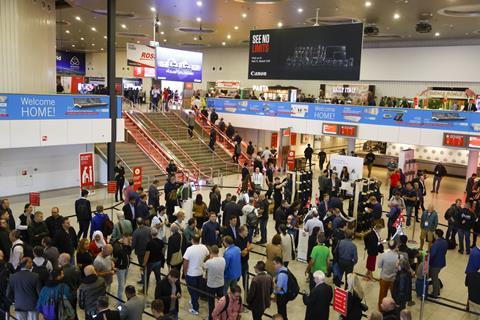 The pandemic also spurred a dramatic change in consumer behaviour, seeing a huge uptake in video streamer subscriptions, for services like Netflix and Disney+. This was widely reported at the time, but the natural tail off of this phenomenon has been accelerated by the financial crisis.

“During the pandemic 66% of the UK population had two or more subscription services. Now, with cost of living and, equally, competition coming… people are reducing their number of subscriptions, or only subscribing for a month to watch a specific programme,” said Mehboob Siddiqui, Client Partner at NTT Data UK.

An industry reacting to change

Two industry reactions to this change are to subsidise subscriptions with adverts, as seen in Netflix’s upcoming Basic with Ads plan, and FAST channels, such as Roku’s offering.

“[FAST] is doing extremely well in America,” said Siddiqui. “It has started to make some inroads in Europe.”

This naturally brings up the question of the future of traditional linear television, and once again recent world events brought the situation into sharp relief.

While the death of linear TV has been much discussed over the years, the funeral of Queen Elizabeth II was watched by an estimated 37.5 million people in the UK, and four billion worldwide. Linear still holds significant power, but how linear TV is presented is set to go through a change.

“What is going to change, I think, is the role of linear television in our everyday lives and where that sits with streaming,” said Jonathan Chappell-Seetayah, IP Broadcast Project Engineer and RTS Young Technologist of the Year 2022.  “It’s a mindset of seeing linear television sitting within a streaming platform… Streaming platforms are no longer just going to provide your supplementary content around the main broadcast.

“It won’t just be providing video on demand services, it will provide all of that plus the live stuff as well. And [also] use machine learning, and everything else that has been adopted over the years, to provide the content you’re going to like.”

The focus here is making technological advancement so accessible and approachable that its workings become almost invisible.

“Any type of content, be it streaming, sound, metaverse, 3D, the value of content is only there if it is delivered to everyone, anyone, anywhere, any day,” said NTT Data UK’s Mehboob Siddiqui, mirroring the sentiment that a key goal of broadcast technology is in removing barriers.

However, brand new and expanding fields of sound and vision to exist, of course, and many of these were explored by the IBC Accelerator programme at IBC2022. Every year dozens of participants from broadcasters, media technology companies and studios collaborate in projects that delve into true cutting-edge areas.

“They join for specific reasons but a lot of them are around thinking around where R&D might lie, where they might not otherwise have the budget or resources”, IBC Accelerator Innovation Co-lead Muki Kulhan explained.

Themes of the IBC Accelerator teams included “transitioning of software and IP, evolution of more experiential and immersive technologies like AR, VR and spatial audio, new and creative types of production, and remote production and also extended realities of 5G.”

However, environmental impact was a recurring theme noted by all members of the panel.

“One good thing that has happened is that there are less critics of global warming… so net zero is something a lot of people are thinking about. The one good shift in mindset is an acceptability that it is real, and that it is not seen as a risk or a threat. It’s seen as an opportunity,” said NTT Data UK’s Mehboob Siddiqui.

Today, there is an increasing awareness of the environmental footprint of all business operations. “There are some major organisations, like the BBC — what they have done is to set standards for all of their suppliers… so you [need to] meet the eligibility for these kinds of things, for example, not to use [single use] plastic,” said Siddiqui. A recognition of environmental concerns runs through the carbon footprint of broadcasting technology itself, down to the how offices are run.

RTS Young Technologist of the Year Jonathan Chappell-Seetayah also highlighted the importance of shared standards, in multiple senses. “Standards are very important, both in terms of technology and sustainability, so we know what we’re measuring things by,” he said. Common standards make common goals more readily achievable.

2022 marked the first time since the pandemic a full-scale, in-person IBC show was able to take place. It attracted more than 37,000 visitors and 1200 exhibitors, representing 170 countries from across the world.

This discussion of the trends that rose from the IBC 2022 show took place on the 12th October at the Institute of Engineering and Technology in London, and was chaired by Nadine Dereza.

IBC 2023 will be held in Amsterdam from 15 - 18th September – Register your interest today!