It’s a sobering thought to realise that Netflix is 25 years-old this year. After all, it shows just how far technology has come. 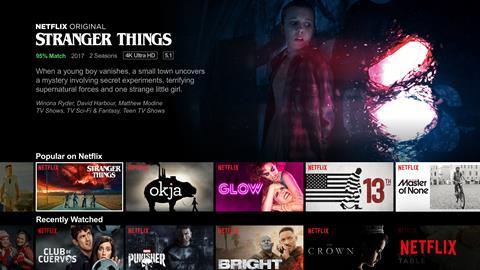 It was also the year that DVD players were introduced, sparking two entrepreneurs (Reed Hastings and Marc Randolph) to try out renting DVDs by mail. The hook? Instead of trawling the shelves at your local Blockbuster Video store, you could use the Internet to list the movies you wanted to watch without leaving the house. No fighting for the last copy of Jim Carrey’s Liar Liar. They’d arrive through your letterbox in an envelope.

The company has grown dramatically since those early days.

2013 - The service’s first original programming launches with Lilyhammer, House of Cards and Orange is the New Black

Watch the The Story of Netflix - 25th Anniversary video below:

Of course, it hasn’t all been plain sailing:

But Netflix has had a huge impact on the broadcasting landscape, both in terms of production and consumption. “Netflix has changed what we watch and the way we watch it,” writes The Guardian. “It has successfully reorganised traditional broadcast television and theatrical cinema models and put itself at the centre, growing from 24 million subscribers in 2012 to 214 million this year. It is available in more than 190 countries… It has created more than 1,500 original series, including planet-straddlingly massive shows such as Stranger Things and Bridgerton. In 2021 alone it released over 150 original movies – three per week.”

Here’s to the next 25 years and another season of Squid Game.