During three decades of experience, Eric Robertson has supervised and produced visual effects for over 150 feature films and episodic TV series. Now he tells IBC365 how Digital Domain is developing its virtual production and other hot-topic tech tools in tune with today’s challenging times. 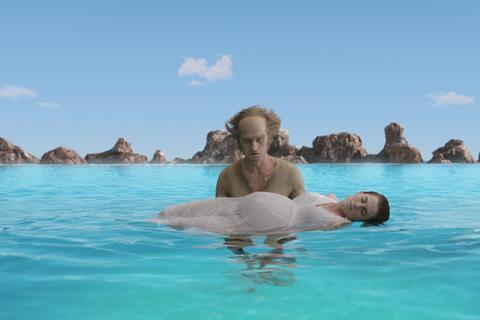 A Series of Unfortunate Events: Digital Domain’s surreal VFX bring the world of Lemony Snicket to life in the Netflix series

As an executive producer and VFX supervisor as well as an accomplished 2nd unit director and VFX cinematographer, Eric Robertson certainly merits the title of expert in the field of visual effects. As well as being a key part of the global team at Digital Domain, he has been instrumental in expanding the Visual Effects Society (VES) and has taught colour science at Sheridan College; he also lectures at NYU and CUNY Brooklyn College.

Digital Domain is very well-known for its ground-breaking motion capture, CG character, previz and VFX work for tentpole movies like the Avengers series, its ‘digital human’ performers such as the Virtual Tupac hologram at Coachella, and a host of other high-profile creative work. Underpinning all this is focus on pioneering technology.

“Our team has always pushed the boundaries in the field and creates leading-edge software to help us – examples include Masquerade for digital humans and long ago, Nuke for compositing,” says Robertson. “This has been in our DNA since the very beginning and extends out into everything we do. At Digital Domain, creative leads and technical teams are nurtured into an environment of ground-breaking experimentation. They have been taught to invent new processes and pipelines, and to spearhead change from the abstract to actual working tools. This is one way we’ve been able to stay ahead of the curve for over 25 years.”

Innovation exploration
Robertson has been personally involved in innovation at the cutting-edge of filmmaking, including creating and deploying virtual art departments, volumetric environment capture, LED video wall production and specialised VFX cinematography, as well as bringing advanced pipelines into non-genre dramatic material. “I’ve also been a part of getting virtual production tools (like scouting) into the post process, which is going to become more and more common,” he says.

“I’ve had many different perspectives as a filmmaker and I’ve explored many avenues in visual effects, as a creative lead both on the studio side and as a vendor.

As an entrepreneur, I earned my MBA in the trenches at a boutique in NYC,” he continues. “I’ve also been part of the blockbuster machine that has thousands of moving parts.” 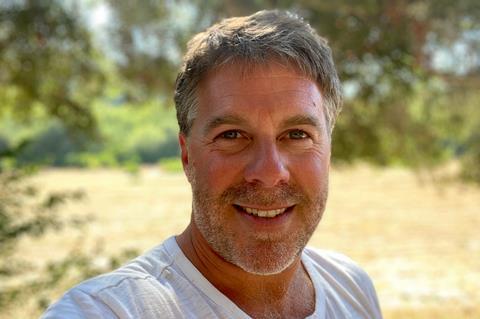 Robertson came to Digital Domain just under two years ago, “because of the company leadership group, the people and their spirit of innovation”.

“It’s really a special place,” he adds. “I toured the facility almost 20 years ago and had a dream, which finally became a reality in 2019.

“Having a very eclectic background gives me an encyclopaedia of past visual challenges and a library of solutions that help with every kind of story that arises,” he continues. “The job remains mostly the same – help filmmakers tell visually compelling stories – but the means of doing so are evolving as new tools hit the scene/studio. For instance, the challenges of achieving photorealism are becoming more approachable for smaller facilities. But this can also be a good thing. Competition breeds creativity and we take pride in the ideas and innovation we bring to the table. There’s a big difference between hitting your marks and blowing past them. We are actively trying to push the quality of episodic and streaming VFX into new territories.”

Priorities and planning
VFX marvels hardly evolve overnight, and Robertson and Digital Domain have prioritised investment in certain areas of R&D and technology this year.

“Our R&D resources are concentrating on GPU rendering, game engine development, and digital humans,” says Robertson. “We’re improving the speed, realism, and animation of our assets, based on what we’ve learned while working on our legacy characters like Marvel’s Thanos, so that this formerly bleeding-edge/time-intensive work can be used in streaming and episodic projects.

“We’re also always expanding the virtual production toolset,” he continues. “As you can imagine, more clients are approaching us about how virtual production can help them produce projects during the era of Covid-19. So we’ve been guiding them through options, and prepping our pipeline to accommodate any request, whether it’s a socially distanced physical session, remote-controlled photography/mocap or hosted interactive VR walkthroughs.”

Digital Domain has been in the virtual production space for a long time, says Robertson. “We have created new workflows for some of the biggest projects – Ready Player One for Spielberg and The Jungle Book with Favreau. Our tools have stayed platform-agnostic since the beginning, so we can use whatever we need to realise our goals. The game engine developers have always been amazing partners in this pursuit. By giving us access to their pre-release software, we are always able to integrate new functionality into our pipeline, as well as achieve instantaneous implementation on set and in post. This has helped us remain agile.

At this point, we’ve created so many ways of interfacing with the tools that we’ve found a way for virtually every kind of filmmaker to feel comfortable with the creative potential of virtual production in a matter of days. Sometimes hours. In recent months, dozens of projects have moved towards this technology, so our expertise has really come in handy. We are helping a lot of clients get up to speed fast.” 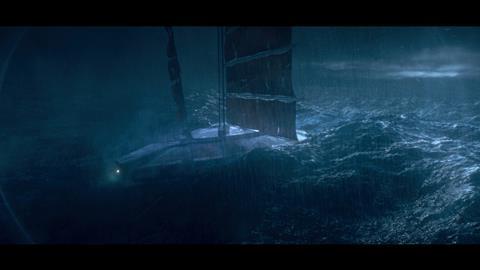 Digital Domain: Whipped up a storm in an alien sea to test the hapless Robinson family and their Jupiter 2 spaceship in Series 2 of Lost in Space for Netflix

Technology tracking
As well as virtual production, Robertson is well-placed to comment on other drivers in TV and film tech, such as the almost ubiquitous motion-capture and the relatively new LED video walls, used to great effect on The Mandolorian.

“Mocap has been a staple for a decade now, and our studio is in high demand across all media,” he says. “LED video walls are pointing towards new ways of telling stories, but they are still costly and front load a lot of the asset building into prep, rather than having more expansive post schedules that would allow you to finesse minutia. Creatives are expected to make final asset decisions earlier than usual so many projects are still proceeding traditionally until the tools mature.

But what gets him excited is game engines. “They are the wave of the future and we’re working closely with the top companies to develop tools that will make their deployment more intuitive and tailored to filmmakers,” he says. “Internally, game engine developments and other R&D are spread across multiple groups so we can all take advantage of the innovations. The game cinematic/advertising groups have been helping advance process and techniques, as well.

“And of course streaming content is exciting,” he adds. “We’re producing the highest level of CGI for projects that would have never dreamed of looking so good. We’re working on multiple projects for Marvel, Amazon and Netflix that are harnessing these breakthroughs.”

The whole entertainment industry has been impacted hard by Covid-19, but bringing high-end VFX to episodic TV is not without its specific pressures.

“Our biggest challenge is the schedule, since the final deliverable is virtually the same as our biggest feature films,” he says. “Thankfully we’ve been working on the infrastructure for years, so our technology can help artists achieve first-pass photoreal versions much quicker. This enables us to spend more time achieving perfection through flourishes and additional creative elements, rather than spending most of our time just getting to realism.”