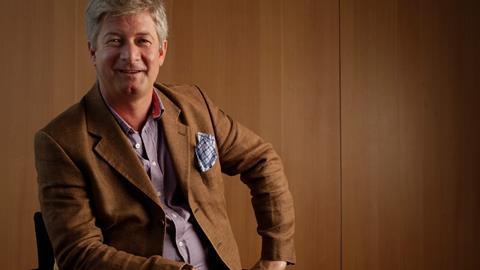 One of the key factors in making Game of Thrones a worldwide television phenomenon is the style and look of the sets. Art director Hauke Richter spoke to IBC365 to reveal the secrets behind the show’s designs.

Art director Hauke Richter has built up an impressive CV since he graduated with a degree in production design from the London Film School in 1993. His work has included commercials, music videos, TV and films, including working under Oscar-winning designers John Box and Roy Walker. His credits now include his artistic direction for seasons 4 to 8 of HBO’s TV blockbuster Game of Thrones – work that has already won four Primetime Emmys and three Art Directors’ Guild Excellence in Production Design awards for the GoT art direction team. 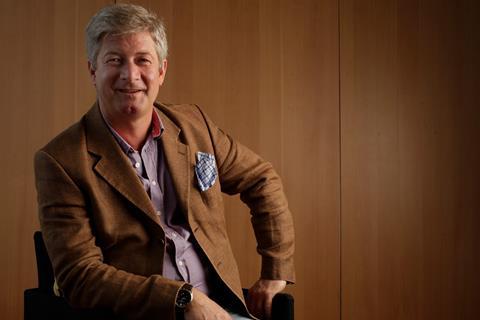 Speaking to IBC365, while prepping for a Game of Thrones ‘script to screen’ session at IBC2018, Richter revealed he became involved in the GoT project after season 3 thanks to a tip-off from a friend who was about to become supervising art director on Game of Thrones.

“Basically there was a change of art department after season 3,” he says. “There was a production designer involved who kicked the whole thing off and created the initial look for the whole show which, when we took over with Deborah Riley heading the art department as production designer, we all changed a little bit. We brought a lot more modern architecture into the whole look of the film, going away from the medieval and renaissance architecture that the previous designer had brought in, but we still had a lot of medieval [sets].”

The design process
When quizzed about the design process at the start of any series of Game of Thrones, Richter replies, “We normally sit down and break down the whole job. For a season of Game of Thrones, which is a mighty show, you have something in the region of 100 different sets to create. That can be anything from tiny set-ups or set-ups which involve very little art direction. This might be in a forest but will require other aspects like ‘snowing up’ the forest, or the greens people have to cut branches away so that horses and riders don’t get stabbed by branches when they’re riding through the trees. Things like that are small but important.

“They can also very much involve our services, which is creating a whole look,” he continues. “For example, you might need to create a street set for a particular town or you have to create a castle. We basically sit down and allocate different sets to the different art directors involved in this show and then we start designing. We get a brief, sometimes it’s more or sometimes less, but we always get a little bit of a feel of what is wanted. Then we go away and do our research, which is architectural, and look at detailing and all that stuff.”

Richter describes the GoT art direction team as “architects and interior designers of the film” and explains, “We create the look, and everything that you see on screen has had some sort of involvement from us.” He estimates that a series of Game of Thrones can involve between 500 and 600 drawings at A0 size and reveals that the art department comprised around a dozen people at its highest level of staffing.

‘We will potentially get away from building large scale sets at some point. You’ll have an army of people sitting all around the world in front of computer screens going ‘click, click, click’

Technology for art direction
Whilst almost all conventional architectural design has gone over to CADS this is not necessarily required in the film industry. “In the film industry we still do hand drawings and that’s for a very specific reason. We work extremely quickly and artistically” Richter explains. “Rather than needing to create a building where you need to know where the fire exit is or access for wheelchairs is… that’s not necessary on a film set. On a film set we create a world, and, as a result, we are still – not so much in America but certainly in Britain – drawing by hand. I think it makes people think better.” 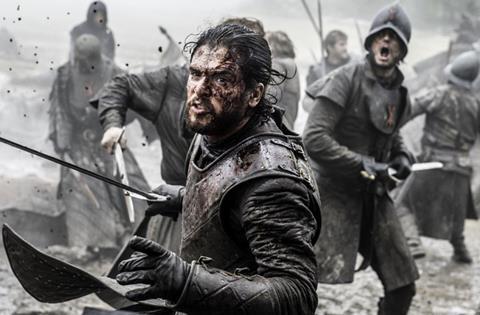 Battle of the Bastards: Game of Thrones

Whilst Richter is somewhat of a purist with regards to drawing designs he is keenly aware of the role that computer-aided design can play. “I’ve had an assistant with whom I’ve done all my sets this and last season [Game of Thrones, seasons 7 and 8] and he is quick and wonderful. He works on SketchUp [3D modeling software] and also by hand. It’s a wonderful program because it’s not as rigid as CADs and you can use Photoshop with it so, with that, you can create a little bit of a similar feel to a hand-drawing. It’s a little bit more rigid than a hand drawing but it makes it more interesting.”

Since season 1, Game of Thrones has used concept artists who, based on the art directors’ sketches, produced what Richter admits were “beautiful drawings” so that the show’s producers and creators could view them before actual set design and build. The concept artists involved deployed various software programs including Maya, Rhino and sometimes Photoshop.

Season 8 saw VR playing a role in creating the show’s worlds. It followed a visit to Disney by GoT’s production designer, Deborah Riley, who, after watching it being used for an animated feature, had the idea to use it for live action.

“Game of Thrones became the first ever live action show to use VR technology to give the directors, prior to sets being built, the capability of walking around the sets and seeing what they could potentially see,” Richter reveals. “I don’t think that anybody has used it since. We really were the first ones. It’s an aid. It doesn’t necessarily change the design, and you could do without it, but it certainly helps the directors to visualise what they would see prior to the actual filming process – that’s a very useful tool.”

‘We’re seeing an increase in the use of visual effects. Essentially, design then becomes computer games’

Future art direction market
When asked about what he sees as the future for the art direction market Richter replies, “The use of new technologies will most definitely continue and increase, but I don’t know whether that will necessarily change things for the better. I’m a bit worried about it.

“We’re seeing an increase in the use of visual effects,” he continues. “Essentially, design then becomes computer games. Computer games and visual effects are not dissimilar in many ways but you need to have design and designers to draw things up and that gets made into a game. Obviously when you have programs like Rhino, SketchUp and so on you can do that – you can take these programs over and use them in the computer game.

“From a design point of view we’ll still use these kind of things but my worry is more about the actors and performances because I’ve seen many times that whenever you do a successful set the actors are so happy because they just fall into their characters,” he says. “You cannot necessarily do that when you’re acting in front of a green screen and that’s what is going to happen more and more often.”

He concludes, “We will potentially get away from building large scale sets at some point. You’ll have an army of people sitting all around the world in front of computer screens going ‘click, click, click’. I don’t know how far this is away but we’re already beginning to see it. I’ve seen quite a few of the younger generation who’ve never used false perspective before or foreground miniatures… things that we have used in the industry since the time of [film director] Georges Méliès. That’s quite sad in many ways.”