Cinema, advertsing, linear TV or OTT: where is artificial intelligence having the greatest impact?

Like all transformative digital technologies artificial intelligence (AI) must make its way through the hype cycle.

Exactly where AI is in that cycle in terms of tech development and its applications for mass deployment across the broadcasting eco system can be difficult to pin down.

But it is probably fair to say that in 2017 we have crested the peak of the hype cycle and should start to now see actual deployments in broadcasting.

Evidence to date of the use of the artificial intelligence for broadcasting, cinema, TV and advertising can be seen in data analytics, network optimisation and the production of usable cinema content.

There is now continuous drip feed of press announcements of how AI is being used for audience engagement, content planning and network management. These announcements are originating from Tier 1 technology companies, OTT providers and privately held technology start-ups.

While an agreed definition of exactly what constitutes AI remains a matter of debate, scratch a little deeper and it is clear some of the solutions or projects touted as AI are in fact using artificial intelligence techniques (see box below)

But the potential for AI fundamental disruption is there – as Ericsson said in this post, it could become a cloud-based utility like water or electricity.

For now, we’re a long way from this. However the pace of acceleration in development and deployment is increasing so how long that particular journey may take is difficult to predict.

IBM’s Watson is arguablythe world’s best known AI brand. It is a huge play for IBM, which delivered a presentation on AI delivering your next production at IBC2016, including insight into how IBM uses Watson to help provide data for the Wimbledon tennis championship.

A 2016 project also saw IBM Watson being used to produce a ‘cognitive’ movie trailer for the Fox horror movie Morgan.

The AI platform was applied to the movie to conduct visual analysis which tracked ”emotions, eeriness, frights and loving” alongside audio analysis of “music and tone of voice”.

However even this project shows that creatives and editing professionals are not about to be disintermediated to the scap heap by AI as human editors produced the final cut of the trailer.

While certainly the biggest, Watson is not the only AI game in broadcasting.

Veritone Inc pitches itself as a leading provider of cloud based artificial intelligence, media analytics and cognitive solutions. It has forged a partnership with broadcast and digital media company Bonneville International Corporation.

Bonneville International President Darrell Brown said: “We were seeking a solution that could index and analyse our broadcast programming in real-time, to provide our advertising partners with increased visibility, transparency and accountability.”

Veritone also signed a deal with Cumulus Media, a US broadcasting company and the second largest owner and operator of AM and FM radio stations in the country.

However, details on how exactly the AI is powered are scant. The application described is the TV’s ”Mi Brain which supports deep learning, speech recognition, and computer vision. The ultramodern system will learn about your interests and shall be able to suggest you TV programs and movies based on your taste”.

A type of AI gaining some traction in the marketing industry is ’cognitive intelligence’ (CI) which promises to track individual customer consumption habits.

Firms such as Piksel are using machine learning to manage the metadata generated by OTT providers to offer insight to consumer experience. 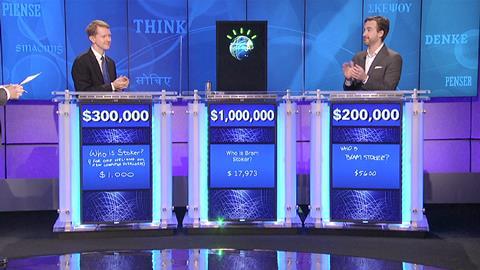 Conviva also targets OTT providers and claims its platform powers a set of products and solutions to run SVOD (Subscription Video on Demand), AVOD (Ad-supported Video on Demand) and pay-TV businesses, providing real-time visibility, actionable intelligence and industry benchmarks for running a OTT (Over The Top) businesses through the lens of consumer experience and engagement.

As long ago as 2014 Netflix was said to be using AI to enhance its movie recommendations.

A clearer use of AI from Netflix is its development of Dynamic Optimizer.

This development was revealed at MWC by Todd Yellin, Vice President of Innovation at Netflix. He explained that Dynamic Optimizer, which will be rolled out this year, uses AI techniques to compress codecs and optimise network data transfers.

“No one wants to be interrupted in the middle of Bojack Horseman or Stranger Things,” he said.

By rating each scene individually on a variety of quality metrics, the AI system learned to determine image quality.

Netflix described the technological advancement like this: “What we’ve done is invest in the codex, the video encoders, so that at a half a megabit, you get incredible picture quality on a 4-inch and 5-inch screen.

”Now, we’re down in some cases to 300 kilobits and we’re hoping someday to be able to get to 200 kilobits for an amazing picture. So we’re getting more and more efficient at using operators’ bandwidth.”

The use of Dynamic Optimizer is expected to roll out over the coming months in markets such as Japan, Korea and India where Netflix expects huge uplift in content delivery across mobile networks.

Artificial intelligence also looks set to be used to optimise over the top (OTT) delivery by preventing congested links and connectivity losses – the booming trend with the adoption of internet protocol (IP).

AI monitors the main content distribution infrastructure which can show the status of the information flow and whether it needs improvement in the streaming performance and the scalability of a broadcasting network.

AI could be seen as a response to the sheer volume of data being generated by OTT platforms, and now traditional linear broadcasters as they adopt more IP distribution and data driven personalised content and services; AI is seen as a way to manage the output and drive personalisation.

The sheer volume of a company’s data pool can create confusion in the distribution and management of which data which would be required for a specific content or company action.

Charles Hartley, Accenture Global Media and Analyst Relations Manager for Communications, Media and High-tech Businesses said: “There’s pretty intense interest in AI this year, and a year ago there wasn’t anyone talking about it.”

Alberto Ibargüen, president of the Knight Foundation, a $2bn charity foundation which includes the advancement of media in its charter, said: “Artificial intelligence agents will impact our lives in every society on Earth. Technology and commerce will see to that.

“Since even algorithms have parents and those parents have values that they install in their algorithmic progeny, we want to influence the outcome by ensuring ethical behaviour, and governance that includes the interests of the diverse communities that will be affected.”

As adoption expands, 2017 looks set to be the year when AI applications in broadcasting are deployed at scale in content management, delivery and consumption and the benefits become tangible.

What is artificial intelligence? 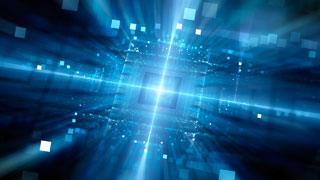 The central problems (or goals) of AI research include reasoning, knowledge, planning, learning, natural language processing (communication), perception and the ability to move and manipulate objects.[7]

General intelligence is among the field’s long-term goals.[8]

Many tools are used in AI, including versions of search and mathematical optimization, logic, methods based on probability and economics.

What is machine learning?

Machine learning is a type of artificial intelligence (AI) that provides computers with the ability to learn without being explicitly programmed.

Machine learning focuses on the development of computer programs that can change when exposed to new data.