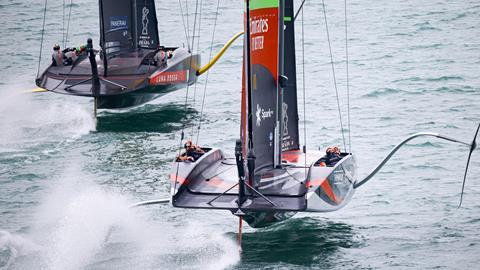 Behind the Scenes: America's Cup

Even the best laid plans change over time, but most technical installations start with some definite ideas about where and how technology will be used. This was not the case with the 2021 America’s Cup.

When designs for technology were initially drawn up, the new boats for the sailing competition existed only on the drawing board. While this gave engineers some idea of what kind of cameras and microphones could be used on the water and where they would go, many things had to be re-thought when the vessels were built. 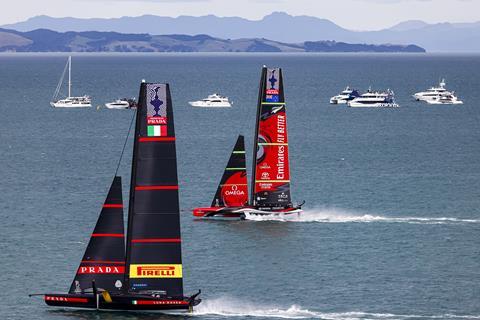 The America’s Cup, named after the first winner of the trophy, a yacht called America, is held every three to four years.

A call for proposals to provide broadcast services for this year’s event - held in Auckland, New Zealand in March - went out in 2018. Austrian production company West4Media, which works on documentaries and sports programming such as the Red Bull Air Race and the Olympics, and German intercom and connectivity developer Riedel Communications, were invited to bid together and created a joint venture, Circle-O, to do so.

Read more Behind the scenes: Nomadland

Technical hub
West4Media founder and co-owner Werner Eksler explains that the proposal was for a “360-degree approach”, bringing together technology development and editorial to produce world feeds, highlights, social media and live coverage. A key element, he states, was having media equipment on the boats linked to production facilities on land, creating a technical hub from which all material could be produced.

“We hadn’t much experience of sailing but our core expertise is in RF. Both F1 and the America’s Cup rely on that, so there is a similarity,” Thomas Riedel, Riedel Communications

Thomas Riedel, chief executive of Riedel Communications, adds that the organisers of the America’s Cup were aware of the companies’ track records in broadcasting live events. “They knew about our [Riedel’s] work on Formula 1 coverage and thought we could be a potential partner for a future Cup,” he comments.

“We hadn’t much experience of sailing but our core expertise is in RF. Both F1 and the America’s Cup rely on that, so there is a similarity.”

Circle-O is owned 50-50 by West4Media and Riedel Communications, with a similar division of responsibility. “Werner brings the content and TV directing knowledge,” explains Riedel, “and we handle the radio systems, communications, audio-video transport and data handling, including time-keeping.”

Eksler adds: “The advantage of this kind of organisation, with editorial and technology, is to have one point of contact and to benefit from synergies you don’t have by working with different suppliers.”

Multiple options
When work to develop the proposed 360-degree system for this year’s America’s Cup began in 2018 the rules for the new class of boat - the mono-hulled AC75 - that would compete in both the America’s Cup and the Prada Cup, held in February to decide the challenger to Cup holder Emirates Team New Zealand, had been roughly defined but did not include camera and audio positioning. Regardless of this, Circle-O set about planning a system that would match all requirements by designing a variety of systems for four team boats. It was another 12 to 18 months before Riedel Communications technical director Tim Puschkeit and his engineers saw the first boat, American Magic.

“We had to find a mechanical/technical/electrical solution for four different boats and we couldn’t share details between the teams,” Tim Puschkeit, Riedel Communications

They then went on a world trip to see the other boats, none of which was the same as the others. “We had to find a mechanical/technical/electrical solution for four different boats,” Puschkeit says, “and we couldn’t share details between the teams. But every decision-making meeting was worth it because we found a way to install one system layer on all competing vessels.” 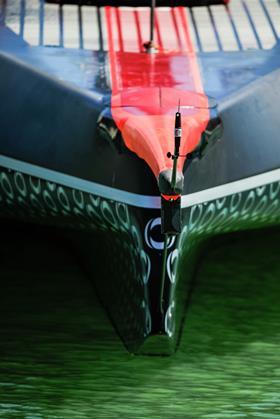 The main change was the position of the on-board cameras, which was done in conjunction with the teams. There were 12 cameras on each boat: six fixed units, three on each side of the cockpit; two PTZ cameras on the mast; one fixed camera on the bow; one PTZ on the media post; a body-worn camera for the helmsman; and a 360-degree camera that was not live but record-only. 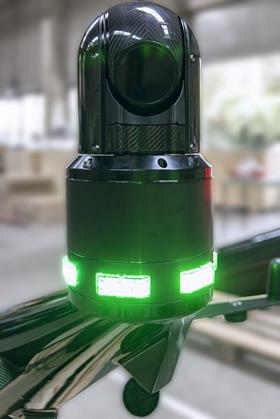 The cameras were designed by British manufacturer BR Remote. Puschkeit says the preference was for PTZ models, which were fitted with different neutral density filters and a washing mechanism to clean spray from the lenses. Four RF links carried the video links to a gallery in the international broadcast centre (IBC), where two operators selected shots and controlled specific cameras.

Sounds of water hitting the hull and the crew’s voices as they negotiated the course came from eight ambient microphones based on the Sennheiser MKE2. Sennheiser’s Competence Centre for Acoustics and Mechanical Design customised the mic’s basic elements by protecting the capsule with an Umbrella Diaphragm and fitting a protective grille to prevent water entering.

Extraneous noise was blocked by a windshield made from foam that was effective even when wet. These were also used for the microphones - also featuring Sennheiser’s custom technology - on the boom arms of the communications system worn by the crew members. This was Riedel Communications’ Bolero wireless intercom, which was used on-board not only for communication among the crew but also for programme audio.

“Bolero is a known system but we developed it to have [specified] bubbles via broadband communications,” explains Thomas Riedel. “It was used in the helicopter, which hadn’t been done before, and overall allowed things to be much more seamless. In a bubble people could hear, for example, the TV director and their colleagues.

But the big difference was allowing instant interviews, where the audio from Bolero was used with a remote camera on board and meant the TV coverage did not have to wait for the boat to return to harbour before talking to someone.”

Because of the critical nature of the connections with the boats, there were three audio paths for Bolero: embedded for broadcast and interviews; redundant through Mesh technology; and LTE as an audio-only back-up. 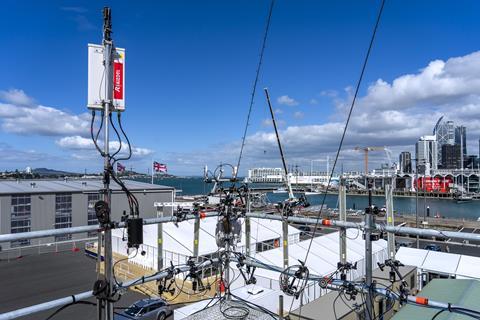 As well as Bolero, Riedel Communications provided the managed service version, Bolero S, linking both into the Artist 1024 intercom matrix with SmartPanel RSP-1232HL units. Specialised equipment and techniques were additionally provided by different members of the Riedel Communications group. PIDSO (Propagation Ideas & Solutions), based in Austria, supplied customised antennas for optimum coverage of all audio, video and telemetry data.

Riedel Communication’s MediorNet real-time media network provided a common audio-video backbone. As well as audio and video, MediorNet distributed data, including information about the competing boats, support vessels, the ‘Broadcast Platform’ - a catamaran equipped with cameras - and the helicopter. “All this was on a database that could be available to everyone but because of the nature of the competition, we could limit access,” says Riedel.

Camera setup
The broadcast coverage was shot using approximately 30 cameras, 29 of which were on RF links with 26 operating in up to five different ‘race boxes’ (different sections of the course). All feeds came into the IBC, which contained galleries and facilities for vision mixing, camera operation, slow-motion replays (using 56-channels of SimplyLive ViMo Slomo) and video editing, with seven edit suites running Adobe Premiere and feeding into an EditShare server.

Sound, carried as audio over IP streams, was managed and mixed on a Lawo mc²56 console. One operator concentrated on pre-mixes from the boats while another mixed the show. This included commentary, which came from a dedicated booth within the broadcast complex, with the option to take additional input from commentators on the Broadcast Platform or the helicopter, linking in over Bolero.

The 36th America’s Cup was won by Team New Zealand, which already held the trophy and defended its title in the AC75 boat Te Rehutai against the challenger from Italy, Circolo della Vela Sicilia in Luna Rossa. Footage of both the America’s and Prada Cup produced by Circle-O appeared on conventional broadcast channels, including Sky and the BBC, but also on Facebook and YouTube. Coverage is still available on americascup.com and the America’s Cup YouTube channel.