IBC2017 provided further evidence that cloud-based technologies have entered a mature phase, from production through to playout.

The cloud is useful for sharing material and giving remote users access to content, but it can be especially valuable for collaboration, such as for reviewing and approving edits.

Of course, you could simply share files on Dropbox or Vimeo and get feedback via email.

However, “reviewers would often forget to add critical information like the timecode associated with a comment, or they would waste time writing out where they wanted a change made. As more people joined the conversation, this devolved into long and confusing email threads,” explains Chris Potter, co-founder Screenlight, a review and approval platform used by Disney, Cisco, and many freelancers. 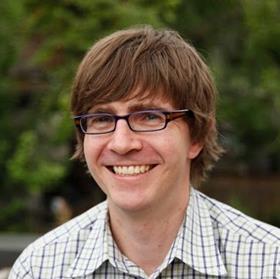 “Keeping reviewer feedback right beside the exact frame they are commenting on helps prevent miscommunication and all of the extra work that stems from that.” Users can even mark up the frame with drawing tools.

“If you were making video ten years ago everyone had to be physically in the same room at the same time. Video files were big, compression was poor, and the internet was slow. There was just no other option,” says Emery Wells, co-founder and CEO, Frame.io.

Even more recently, “the tools everyone was using – like Dropbox, YouTube, Vimeo, email – weren’t designed for video collaboration. On one hand, we could work differently; on the other, it wasn’t necessarily more efficient,” he adds.

Wells maintains that something like Frame.io, which is built to solve all the collaboration challenges, is just as useful whether you are working across the country or across the room.

“There are still massive benefits to having one centralised, cloud-based tool where all the collaboration takes place.”

Wells and his co-founder built Frame.io to solve their own post-production collaboration challenges. “I think you build a fundamentally different product when you have that deep understanding of the problem. With any collaboration product, a lot of the differentiation is in the details. It’s not: ‘Do we have XYZ feature?’; rather, it’s: ‘Has this been built in such a way that video teams really want to adopt it and use it in their workflow?’,” he says.

“Dropbox is fine if you want to share one file but it’s crummy for sharing work in progress (very poor preview quality); it doesn’t solve any of the communication challenges, doesn’t manage versions, and it generally doesn’t reflect the needs of the person who is focused on creating video.”

The Forscene editor downloads the parts you might need just ahead of when you ask for them, and caches content locally in RAM for re-use within a session to minimise internet traffic.

Forscene Review can make use of this cloud editor technology, and can be used on a standard computer via a browser, or through a tablet app. Comments added in the app are synched automatically with the cloud, so the editor can respond immediately.

Forscene’s recently announced JavaScript Player can play back EDLs of cloud-hosted video directly “so there is no need to wait to render an edit before it can be viewed, or shared for review. Forscene’s new Faster than Live (FTL) publishing option allows edits to be published and shared instantly (without rendering) on web pages accessible through unique URLs,” explains Stephen Streater, Director of R&D, Forscene. 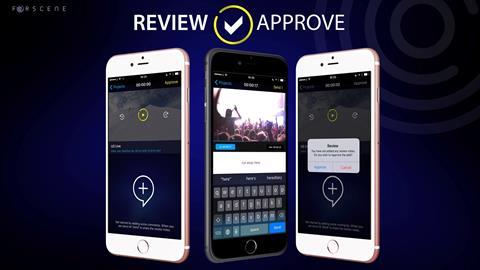 This FTL technology is being added to Forscene’s existing Review and Approve App, to allow both first drafts and editors’ changes in response to comments to be sent to iPads for review without any render delay.

Playback of the edits takes place in real time on the device, downloading and rendering transparently as it goes.

As Forscene ingest is near live (a few seconds behind the actual event) “instant sharing allows review and approval of simple edits within seconds of a live event - and in the case of a 30-second broadcast delay loop, faster than a ‘live’ broadcast.”

As an example, Streater points out that a typical non-cloud workflow involving a ten-minute file could take about 40 minutes, including recording, ingest, editing, rendering, uploading, downloading, reviewing and commenting plus making changes and getting them approved, which he posits for 12 minutes each time.

The equivalent workflow using Forscene would take 14 minutes to get the first iteration down, and six minutes for each further iteration as there is no ingest, render, upload/download time and because it is integrated with a cloud editor, it allows interactive working to tidy up a video.

All traffic between Screenlight users and its servers is encrypted using TLS. All customer media stored in Amazon S3 is encrypted at rest using AES256. “We also offer Single Sign On to our enterprise customers,” said Potter. Users can also enable video watermarking and turn on video overlays displaying reviewer information such as name, IP address, and the time a file was accessed, which helps deter users from downloading media without authorization.

The Forscene platform has secure log in, and this is included in the web and app-based review.

Potter believes that the key to making remote review and approval useful is making it as simple as possible.

“If the tool is too complicated, stakeholders won’t use it and will go back to sending out emails with their feedback,” which is why Screenlight works on any browser or device, and the UI is clean and intuitive.

“When customers upload media, we immediately transcode it so that people can view it on virtually any device. They can share media via links that don’t require reviewers to sign up for an account or remember a password. When reviewers type their feedback, we’ll automatically capture the associated timestamp. If they want to add more accurate feedback, they can draw directly on the screen with simple to use vector based drawing tools,” says Potter. 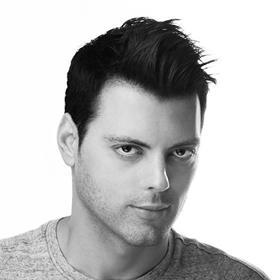 Frame.io users range from BuzzFeed and Facebook, to Khan Academy and MIT, and the BBC, Disney and Universal. “We have feature films using us for dailies review, and for reviewing storyboards. We have musicians and composers using our tools as well, and even photographers. Frame.io works on still images and audio just as well as video,” explains Wells.