Netflix chief executive Reed Hastings has confirmed that the SVOD service won’t be available via Apple TV, which is expected to be announced next Monday. 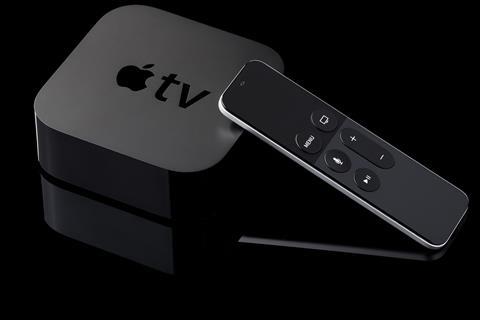 Apple: Soon to launch streaming service of its own

During its two-day Netflix Labs event in Los Angeles, where the company showcases its technology and content strategy, Hastings said: “We’ve chosen not to integrate into their service…we want to have people watch our content on our service.”

Acknowledging the growing challenge to remain competitive with new streaming start-ups, he added: “How do we stand up to companies with deep pockets, not to mention Disney with its hugely popular archives? With difficulty.

“We’ve always had massive competitors and you do your best job when you have great competitors.”

Netflix announced in January that new customers can no longer sign up for a subscription through Apple’s iTunes store.

He said that despite growing competition, from Amazon in particular, “amazing content” will continue to be Netflix’s focus, highlighting the $1.4 billion spend on content per month.

“There are a lot of new competitors and it’s very exciting,” Hastings added, “Amazon is spending $4 to $5 billion on content.

“We spend about twice that. Disney, WarnerMedia, and others [are debuting this year] but the reality is they’ve been in the business for a long time, and we compete with all kinds of entertainment time already.”

He explained that YouTube as a partner and a competitor is great for the business, “because we advertise there, and our content is there.”

Apple TV service ripens
Apple is expected to announce its new streaming video-on-demand (SVOD) service on 25 March after hinting to the media “it’s show time” on its invitation to save the date.

The TV service is expected to launch globally in a bid to rival the likes of Netflix and Amazon and is the first major Apple event where hardware will not be the primary focus for the technology giant.

Some key details continue to remain speculative including the price and the content partnerships, according to Variety, it will offer access to both its original content and other SVOD services.

The “a la carte” SVOD option would mirror the Amazon Prime video channel which has also been mimicked by Roku.

However, it’s likely that some original content from Apple will be free to those with an iOS device and housed in the TV app, which is pre-installed, while users will also be able to subscribe to other content channels like Starz from within the app.

Netflix has famously been private about releasing its viewer data, Hastings argued: “It doesn’t matter to anyone,” because the service is not advertising supported.

“Over time, we will probably share more than less,” although he added: “I don’t think it matters to consumers.”

Addressing a broad number of topics including the demand from OTT giants and the push for great content, he said: “Friends is an amazing, iconic and unusual title.

“It’s been on linear TV and it’s more like a special case. Generally, the model we’ll follow is shows that we can produce and that are known as Netflix content and exclusive.”

Looking ahead for 2019, Netflix said it is considering additional content that would capitalise on interactive storytelling, similar to its Black Mirror: Bandersnatch. It announced a new interactive adventure series, You vs. Wild, starring Bear Grylls, which is set to be released 10 April.